Founding of the New Paltz Congregation 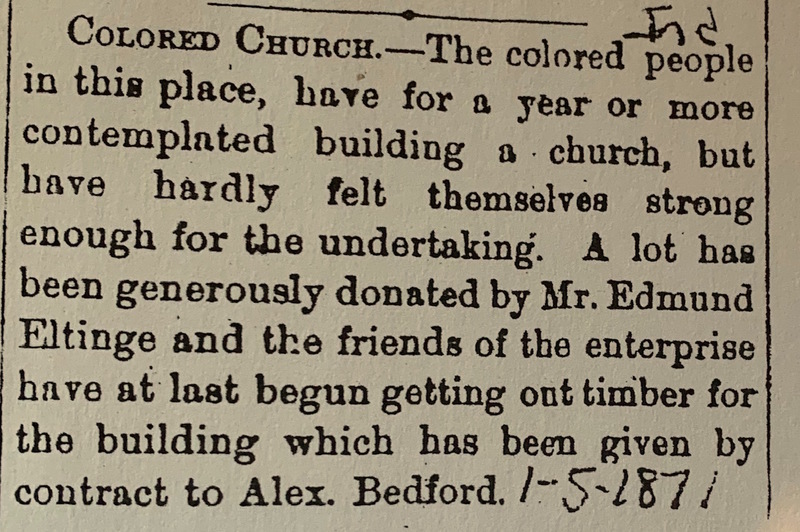 The motivation behind the creation of the AME Zion Church appears to be the collective desire to create an autonomous community that would enable people of African descent to congregate and take part in religious exercises and community based activities relating to religion, specifically Christianity. This desire could have arisen from a new sense of independence to break away from white majority churches such as the Methodist Church. It could have also been a reaction to discrimination within the Methodist Church against those of African descent. The Methodist Church’s relation to the Black community is a complex one that is not clear cut. There are no widespread recorded instances of acts of discrimination being committed against Black Methodists but it is not hard to conceptualize the social environment that existed for Blacks during the Pre-Civil War & Reconstruction Eras. According to some, the Methodist Church was quite progressive for its time in its opposition to slavery being an affront against God. It is also stated that there were considerable numbers of African Americans in attendance of Methodist Churches in the late 1700s and early to mid 1800s. However, according to current members of the AME Zion Church, the Methodist Church wasn’t friendly at all to Black Americans with seating in Methodist churches being segregated and Blacks not having autonomy within the church.

Despite these conflicting reports of the status of Blacks within the Methodist Church, there are still elements that can be interpreted; Methodist Churches had considerable membership of those belonging to the Black community and eventually during the 1800s enough numbers of Black Americans organized to form their own churches. There was a Methodist Church in New Paltz, although not all Blacks in New Paltz went there. Many, such as Charles Rose and wife Dinah, were members of the New Paltz Reformed Church, having their children baptized there. What matters is that there was a considerable population of Blacks in New Paltz who had practiced the Methodist faith and when the network of AME Zion churches began to spread outside of New York City, the formation of the New Paltz AME Zion Church could be realized. This organizational process signals that those of the Black community who wanted a church in the New Paltz area so that they could pray and meet regularly were determined enough to collect funds over a few years and then construct a physical place of worship. While the church didn’t last, its existence shows how a community can hold a powerful enough desire to conceptualize and then actualize the creation of a religious and community based location. The simple reason for the creation of the New Paltz AME Zion Church is that the New Paltz Black community wanted religious autonomy and there was a big enough Black population to create it.

The first mention of the birth of the A.M.E. Zion Church at New Paltz was published in the New Paltz Times on August 16th, 1869. It stated that the “colored people of New Paltz held a picnic at Josiah Hasbrouk’s place on  September 1st. The proceeds from the picnic will go towards the construction of the new church.” This African-American community of New Paltz would come together and create the community that would make up the AME Zion Church of New Paltz. A church is a highly informative view into what an overall community in an area is made up of, as most people in past American and world history have been religious to some degree. The congregation that would make up the New Paltz AME Zion Church appear to be divided into three groups. Enslaved men and/or women who escaped southern plantations and made their way North into the New York area, descendants of enslaved individuals who remained in the area prior to the Church’s creation and finally the last group was of people of African descent who came to the New York area after the close of the Civil War, having served as “contraband” to the northern Civil War soldiers. Prominent members of the AME Zion Church in New Paltz can be viewed as representatives of these three groups. James Thomas had escaped slavery and traveled to the New Paltz area after making a long trek North, Fulton Cox, who came to New Paltz after the Civil War ended with Captain Peter Eltinge of the 156th N.Y.V., and John and Jacob Wynkoop who were both born in New Paltz, children of enslaved parents. While these prominent people are a minority of the total church population, we use them as examples to represent these three groups that made up this Black church community. This church community would become united in their effort to establish a nucleus for their community in the New Paltz region so they put forward the effort to construct a church. 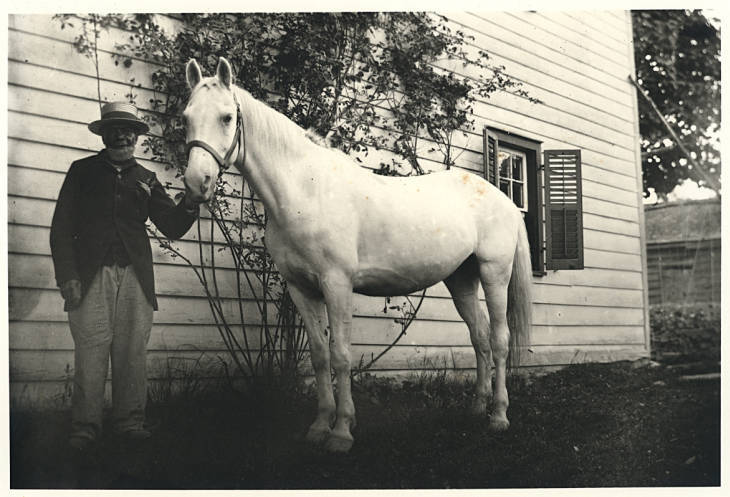 The next mention of the church was on January 5th, 1871, when the New Paltz Independent mentioned that the “colored people” of the town contemplated building a church for about a year but they were unable to do so since they were not “strong enough to undertake such a task.” Due to this, Edmond Eltinge “donated” money for the lot where the church was to be built and Mr. Alex Bedford was given the contract to erect the building for the amount of $573. On January 12th, another member of the town, Dr. Charles W. Deyo, donated $50 for the building (NPT). The congregation decided that the church would be located on Pencil Hill Road near Fulton Cox’s residence. The dimensions of the church were 23 ft by 32 ft and it was to be raised on April first (NPI). On August 3rd, 1871, the church was finally completed and a ceremony was held where several reverends such as Reverend N. Bruise and  Reverend Clift preached (08-03-1871 NPT). The  church was recognized and incorporated by the A.M.E. Zion Conference on September 11th, 1871. The Board of Trustees appointed for the church were Charles Brashear, John Wynkoop, James Thomas, Anthony Tenbrouk, and Lloyd Miles. The certificate of incorporation and Board of Trustees election was verified by Zachariah Bruyn, “justice of the peace,” and was recorded on September 13th, 1871.

← History of the A.M.E. Zion Church
Clergymen and Church Elders →
Founding of the New Paltz Congregation