History of the A.M.E. Zion Church 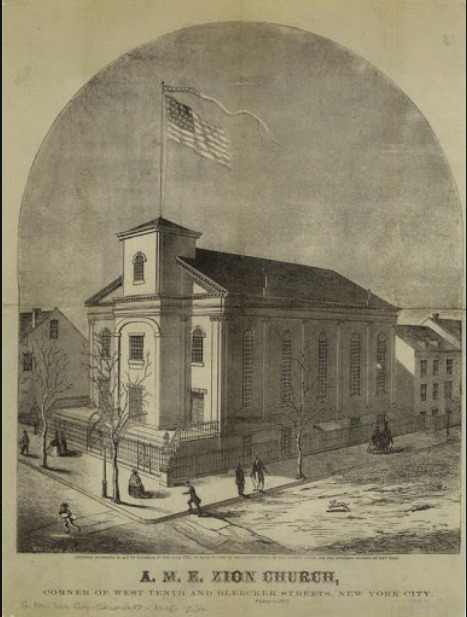 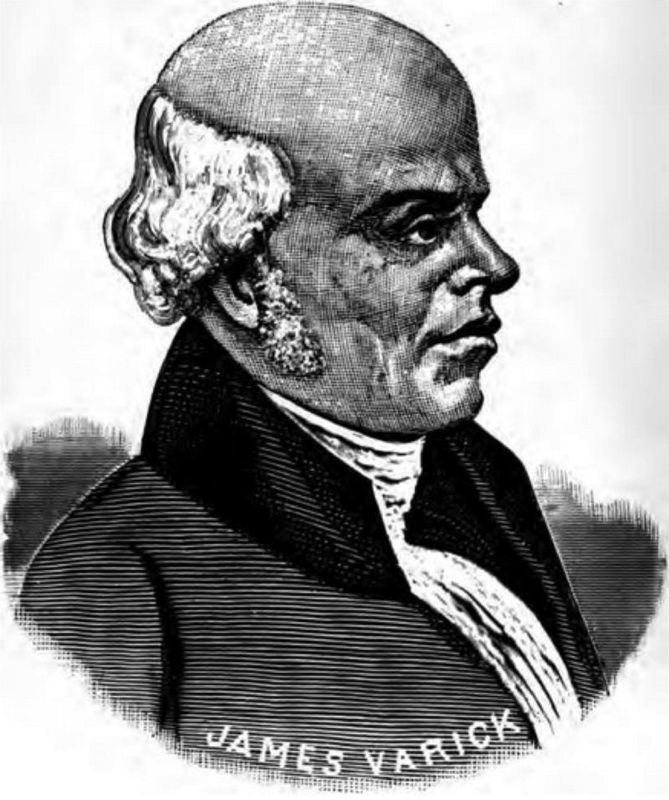 The AME Zion Church was unofficially formed during the year 1796. It found its roots when African-American members of the Methodist Episcopal Church, not to be confused with the AME Church, increased in number and approached Bishop Francis Asbury for permission to form their own congregation. The congregation felt it was necessary to form their own place of worship where they would be free from discrimination and/or unfair treatment. Some of the men who petitioned Bishop Asbury included Francis Jacobs, William Brown, Peter Williams, Abraham Thompson, June Scott, Samuel Pontier, Thomas Miller, William Miller, James Varick (who was born near Newburgh, NY), and William Hamilton. This group then rented a house on Cross Street, located between Mulberry and Orange Streets, in Manhattan. Thompson, Scott, and Thomas Miller were licensed preachers who would hold service in this house. They continued this practice until 1799 when the African-American membership of the Methodist Church further increased in number. This prompted them to consider forming their own church, rather than belonging to another church while practicing in another area. This new church would continue to be Methodist and would be created with the aim of being a church for the African-American population of New York City. They concluded with the resolution that this church would be named the African Methodist Episcopal Zion Church, or the A.M.E. Zion Church for short. They would raise $80, when adjusted for inflation, accounting for over $1,700 dollars (2021), and procure two land plots near the corner of Leonard Street and the eponymously named Church street. This new progress of securing land for their church filled the staff of the A.M.E. Zion Church with courage in their pursuit to build a place of worship for themselves and their new congregation. They received further financial aid from their community in New York City and by late September or early October 1800 they constructed a building that would become the A.M.E. Zion Church. By February 1801, the Charter for the AME Zion Church was completed and approved and later was recorded in the Record of Religious Denomination in March by the Clerk of the City, Robert Benson.

While the AME Zion Church started off small as an offshoot of the Methodist Episcopal Church, it eventually became its own entity despite the initial split between the AME and the Asbury Church and the Allenite Church. Through additional land leasing and purchasing, what was once a small building on a street corner became a network of churches/places of worship for the African American community. As the church increased in membership in New York City and through their members paying subscriptions to the church staff, they had the funds to expand and connect with other churches in other parts of New York State as well as other black church communities in Philadelphia. The AME Zion Church, by 1820, had become a regular Evangelical Church body. Of their churches in Connexion, by the year 1843, they had a total of 45 churches which spanned eight states and the District of Columbia; the two most numerous states being New York and Pennsylvania. 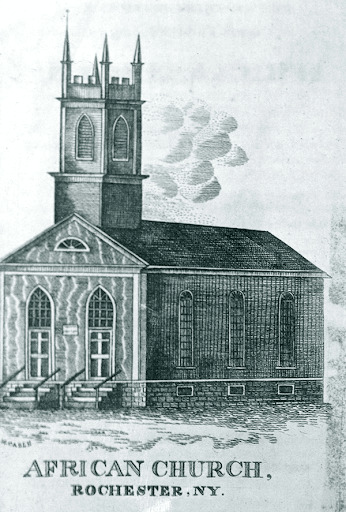 Founded in 1827, one of the smaller branches, but still significant sister locations of the AME Zion Church, was the Rochester Church. It has been the location that many significant people worked from including Frederick Douglass and Harriet Tubman. Harriet Tubman, a prominent member of the Underground Railroad, used this church as a location in her network of locations to help hundreds of enslaved individuals escape captivity. Frederick Douglass, a major abolitionist, who was formerly enslaved, wrote and published his work advocating for the abolition of slavery called, “The North Star”. His work was published on December 3, 1847. Another vital member of this branch was Reverend Thomas James. He was the first preacher and founder of this AME Zion Church. 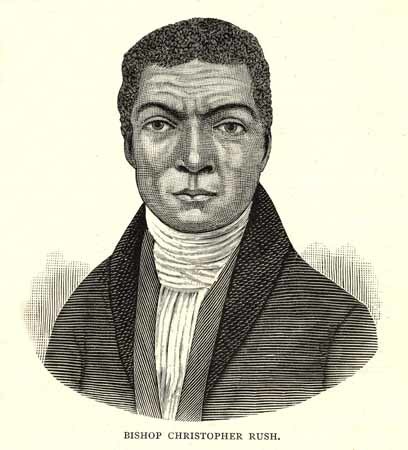 Christopher Rush was born in Craven County, North Carolina on February 4, 1777. Rush was born into a life of slavery. Rush embraced Christianity in 1793. He escaped to New York in 1798, after being manumitted by his enslaver or by being purchased. He joined the new A.M.E. Zion Church in 1803 and eventually became a licensed preacher in 1815. He rose through the ranks and after more than a decade of service to the church was elected as superintendent in 1828 and became the second Episcopal denominational leader of the church after James Varick who had died the previous year. The position of Superintendent was then renamed to the position of Bishop. Rush served as the church’s sole Bishop for more than 14 years and was succeeded by George Miller and George Galbraith. During his position as Bishop, Rush ordained many future church leaders, including one Reverend Thomas James who would not only preach in the Rochester branch of the AME Zion Church, but New Paltz as well. Rush would travel across the Northeast and Canada and do missionary work, preached the gospel, helped in educational work, and engaged in antislavery/abolition movements. Rush would help educate both enslaved and formerly enslaved individuals as the AME Zion Church would move to become a beacon of abolitionist thinking that was growing in the country. He eventually met with the famous abolitionist Frederick Douglass, who had also been enslaved. The two established a friendship and Douglass would become close to the AME Zion Church. Later in life, Rush would partially lose his eyesight and retired in 1842. Rush would become a founder and the first President of the Phoenix Society in NYC, an organization that would engage in educational work and antislavery activism. The Phoenix Society would begin operations in 1833. On July 10, 1873 Christopher Rush died in Philadelphia. He would later be buried in the Mother Zion Church Cypress Hill Cemetery in New York.

← Introduction
Founding of the New Paltz Congregation →
History of the A.M.E. Zion Church