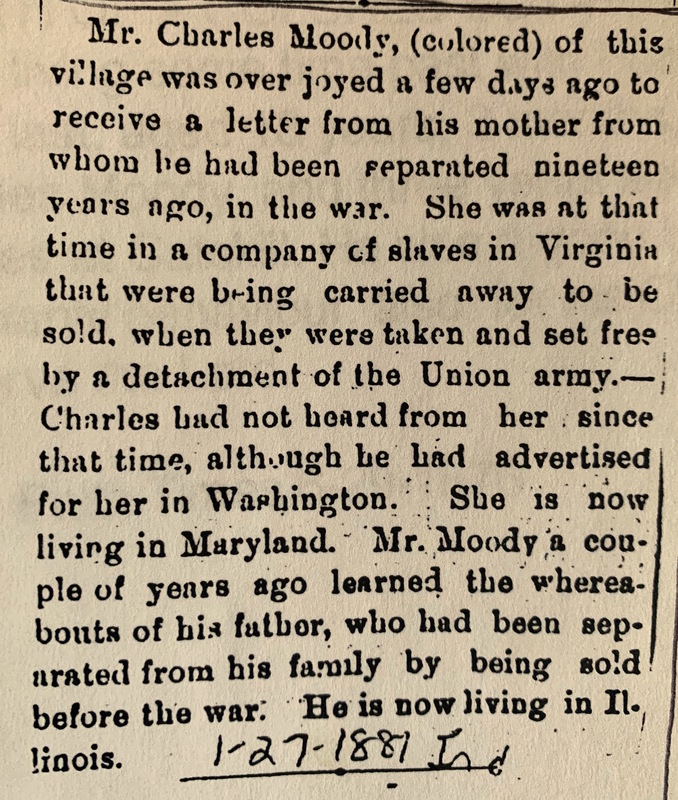 Charles R. Moody was born into slavery in Virginia in 1841. Charles emigrated to New Paltz around the age of 18, shortly after the close of the Civil War. In both the New Paltz Times (NPT) and the New Paltz Independent (NPI), an article was published regarding the death of Moody’s brother, Robert Moody who was 18 years old at the time. Robert came from Virginia and resided with Fulton Cox until his death on June 29th, 1876. On January 27th, 1881, Charles was overjoyed having received a letter from his mother, Mrs. Rachel Moody, who had been separated from Charles 19 years prior, during the Civil War. At that time, she was being carried away to be sold in Virginia when the Union army set her free. From that point on, Charles had not heard from her until now. It also stated that she resided in Maryland along with information about his father who was separated from his family before the war who now lived in Illinois. Another article stated Rachel Moody’s death was on March 21st, 1883 and that Charles had brought his mother up to New Paltz two years prior (NPT). There were other enslaved individuals who also fled the South after being freed following the close of the Civil War. Charles Moody’s background, along with those of his mother and father, shed light into the diverse experiences of the Black citizens who resided in New Paltz at that time.

Charles Moody was married to Mary L. Blue (Blow) (1858-1897). Mary as well as her parents, William Blow and Maria Hunter, were born in Hampton, Va. Mary as well as her son Walter attended the University in Hampton. Charles and Mary had five children: four sons and one daughter. During his time in New Paltz, Charles bought a plot of land near the A.M.E. Zion Church and held many important positions there. An article published on January 17th, 1876 (NPT) stated that Moody was learning the arts of being a barber at Poughkeepsie and expected to be at the Mohonk Mountain House with Mr. Smiley. Later that year, on June 6th, another article was published stating that he held the position of head porter at the Lake View House, a hotel in Litchfield, Connecticut. Furthermore, he even worked in Albany on the day boat and stated that “the day boats landed more passengers at Rhinebeck than any other landing along the river (NPT, 07-19-1882).

No information has been discovered regarding the date Charles registered with the A.M.E. Zion church, but we do know what roles he played within it. The first time Charles Moody was mentioned in relation to the church was in an article published by NPI on September 28th, 1873, which stated that a Sabbath school concert was to be held on September 30th and Charles Moody was the superintendent. He also held many sociables at his residence similar to many of the other members of the church. Sometime in 1877, his house was in poor condition, and he decided to erect a new one in its place and the NPI wrote “Charley believed in the old adage, to get the cage ready before the bird is caught” (03-01-1877). A report compiled by the Town of New Paltz Building Department states “In 1877 Moody’s house was determined not to be worth  ___ and plans were made to erect a new one. Ground was not broken for the new parsonage until 1883.” Furthermore, in the same year, 1883,  Charles Moody and George H. Miles were appointed by the Board of Trustees of the church to solicit subscriptions from church events to repay Edmond Eltinge’s debt on the church lot (NPT 01-24-1883). 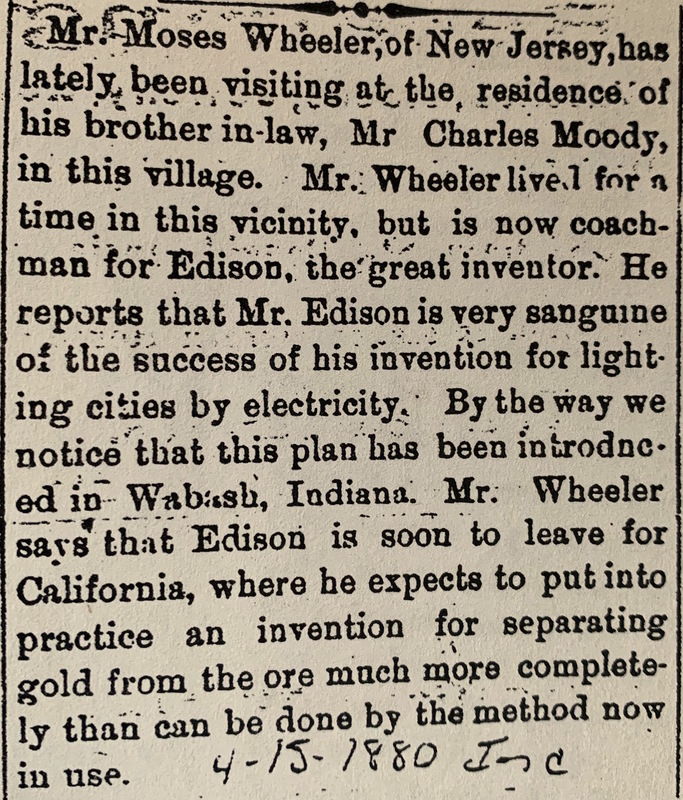 While he was prospering in the roles he took on at the church, his family life was similarly eventful. For instance, the NPI published an article on April 15th, 1880 which stated that Mr. Moses Wheeler of New Jersey, Charles’ brother in law, visited the Moody residence. Mr. Wheeler was a coachman for Mr. Thomas Edison and spoke to Charles about Edison’s mentions travelling to California to put his invention of separating gold from ore to work (NPI 04-15-1880). This was very big news for that time considering Thomas Edison was one of the pioneers of technology. Furthermore, on April 15th, a newspaper article was published about Moody’s son Walter who came home from Virginia, after spending two years learning the craft of bookbinding (NPI 04-15-1880). Walter Moody eventually went onto become a pharmacist and resided in Brooklyn in his later years.

Charles was to face many losses in his 77 years. His wife, Mary, was to die of consumption in 1897 at the age of 38, leaving Charles a widower with five children to raise. Mary Rachel, the youngest child, was only five at the time. Mary died just several months after the family relocated and was making a new start in West Newton, Massachusetts. Charles moved to Westchester some time after 1900 to most likely live near his sister after suffering a severe stroke in 1899. Five years later he married Ms. Eliza Hatfield. The marriage took place in Tarrytown, in Westchester County. Charles' daughter, Mary Rachel (1891-1903), died while the family was living in Tarrytown. She was just twelve at the time.

In 1908, Charles Moody died after suffering another stroke. Charles was one of the prominent individuals of the church whom we have a cohesive life story on. He was a true embodiment of the Black history that made up New Paltz from his life fleeing from enslavement in the South, as a porter, farmer, ship stewart, craftsman, and a reverend. 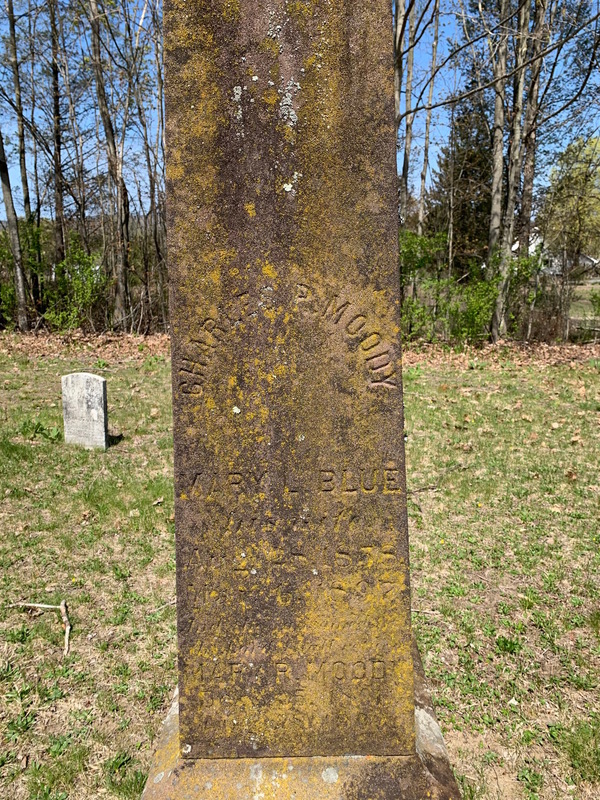