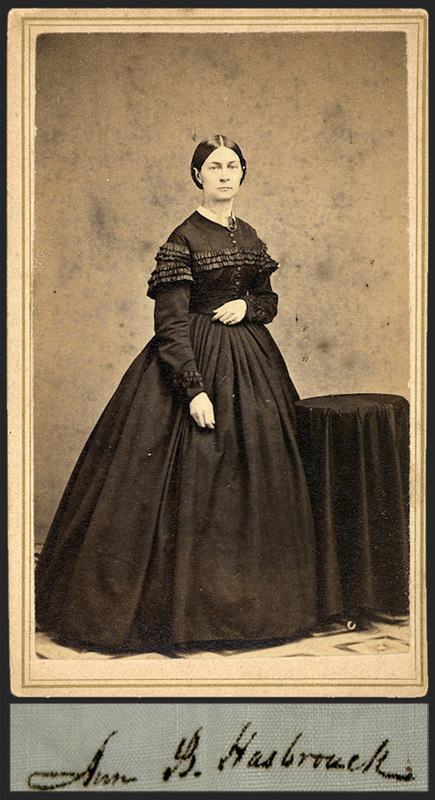 Ann Bevier Hasbrouck, the second daughter of Levi and Hylah Hasbrouck, was born on March 11, 1827. Ann was educated at home by tutors and later she attended school at the Newburgh Academy. At the age of 28, she married George Innis of Poughkeepsie, N.Y., a prominent businessman (and three term mayor of Poughkeepsie). Their wedding took place in the formal parlor of Locust Lawn on May 16, 1855. To celebrate the event, a new Brussels carpet was purchased for the room where it can still be seen in the house today. Mr. and Mrs. Innis resided at Rosewood, 40 Main Street in Poughkeepsie and had two children, Hasbrouck and Martha. This brother and sister would eventually inherit Locust Lawn. Ann died in 1906 at the age of 79. At the time of her death she was living with her married daughter Martha Innis Young whose home “Locust Grove” in Poughkeepsie was originally owned by Samuel F.B. Morse, the painter and inventor. 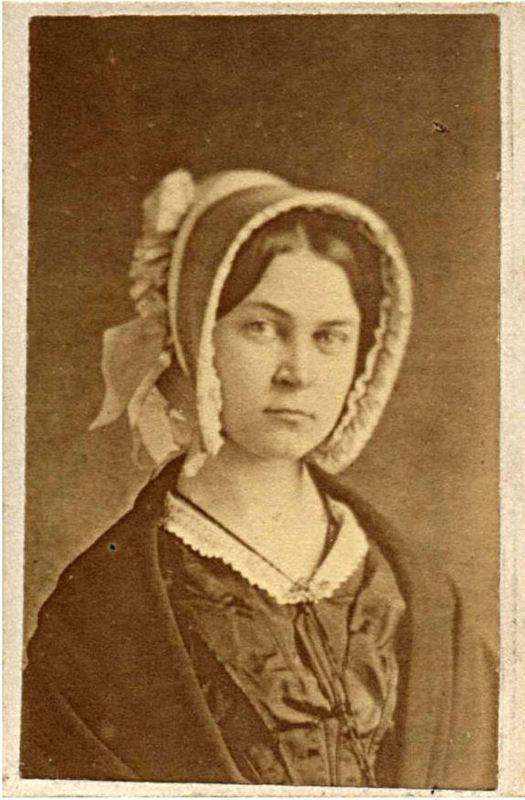 This studio portrait was most likely copied from an ambrotype or daguerreotype taken when Ann was about 13 years old. She has a large white bonnet on her head, which had a deep brim and long drooping ends that reach slightly below the chin line. Her shoulders and part of her dress are covered by a dark colored plain shawl. Her dress bodice, reflective of the 1840s, is rigid and points to the center front. White scalloped edged trim can be seen at the top hem of the bodice.