The Hasbroucks of Locust Lawn: 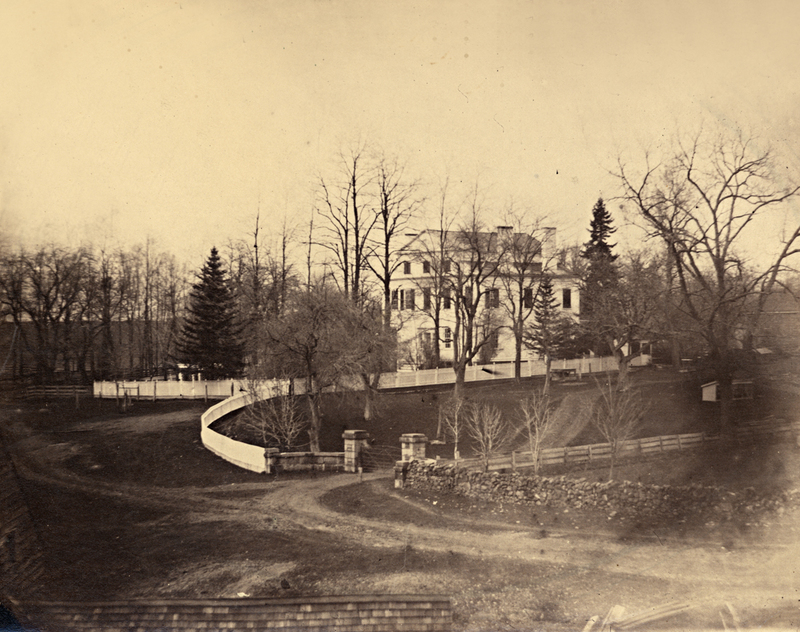 In the early 1800’s, Josiah Hasbrouck, a descendant of Jean Hasbrouck, chose to move his family from a small stone house in New Paltz to a large plot of land in Gardiner, N.Y.  While the family was building their future home, Josiah and his wife Sarah Decker (1764-1845), along with several of their children, lived on the same property in an 18th century stone house built by Evert Terwilliger (1686-1767), an early owner of the land.

The sprawling Hasbrouck farm complex would eventually be known as Locust Lawn, which featured a Federal era house, as well as several barns and additional outbuildings. Locust Lawn  was a prosperous farm of some 385 acres that grew rye, oats, corn, and wheat and also had apple orchards. Milk cows, chickens, beef cattle and pigs provided dairy and meat - all for home consumption and for sale at market. A herd of sheep also provided wool. A sawmill on the property supplied lumber for the farm and for sale. According to the 1810 census, there were four individuals of African descent who were enslaved by the Hasbrouck family at the Jean/Jacob Hasbrouck House. By 1820, when the family had moved to Locust Lawn, the number of enslaved individuals working the farm complex had swelled to 14; five males and three females under the age of 14, and two males and two females between the ages of 26 and 44. These individuals would have labored inside the house as well as on the farm.

Locust Lawn, completed in 1814, would be a symbol of the areas rural tradition while simultaneously expressing the social progress of the era; a dichotomy that Josiah seemed to embody as a descendant of one of the original New Paltz patentees, a Revolutionary War veteran, and a U.S. Congressman. By 1817, Josiah’s son, Levi Hasbrouck, had assumed responsibility of the farm. Upon Josiah’s death in 1821, he inherited the estate and it became the permanent home of Levi, his wife Hylah Bevier, and their children; Sarah Maria, Ann, Josiah, Louisa, and Laura. It is this family that made the estate into a prominent home that welcomed many friends and guests throughout the years. Ownership of the property passed from Levi to his only surviving son, Josiah Hasbrouck, named after his grandfather. After Josiah’s management of the farm and his untimely death in 1884, the house was vacated by the family.

Using photographs, letters and other archival materials, this exhibit, created from an exhibit entitled A Notion to Sew on display in 2008, will examine a talented and energetic family whose history goes back to the earliest days of settlement in New Paltz. It offers viewers a glimpse of the family’s handiwork and their personal possessions including: sewing kits, artwork, clothing and much more. Many items were packed in trunks, tucked away in drawers and nestled into baskets, wrapped in newspapers, pillowcases and old towels. These personal and documented possessions belonged to real people who lived locally, and are treasures that tell us the story of a mid-19th century Hudson Valley family.

Today,  the mansion serves as a museum where one can see the original pieces that have remained in place since the house was vacated. Some of the artifacts can be matched to those featured in portraits and photographs. It is through the display of these possessions, many of which are handmade and initialed, that the museum presents to the public the lives of the Hasbrouck’s of Locust Lawn.

The Women of Locust Lawn →
Introduction