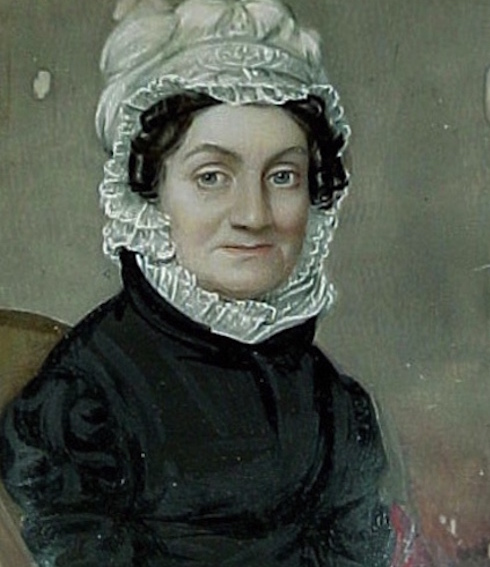 Hylah Bevier and her six sisters attended the Litchfield Female Academy in Litchfield, Connecticut. The Academy, founded in 1792, attracted students from all over the country, as well as Canada, Ireland and the West Indies. Sarah Pierce (1767-1852), the founder of the school, believed that women and men were intellectually equal. Her school offered instruction in chemistry, botany, religion, mathematics, and logic. These classes were rarely available to women during the early 19th century. Sarah Pierce was truly innovative in her approach to education, uniting academics with classes in the ornamental arts. Students drew and painted maps, and illustrated poetry, literature and biblical stories with elaborate needlework and detailed water color painting. Several embroidered pictures created by the Bevier sisters are preserved by Locust Grove.

“This week like the preceding has been spent in attending to my different branches, but whether that improvement has been made which will give Miss Pierce (my dear instructress) and all my friends real satisfaction I know not.”

~ From a letter written by Henrietta Cornelia Bevier while at Litchfield Academy, Saturday, June 24th 1809 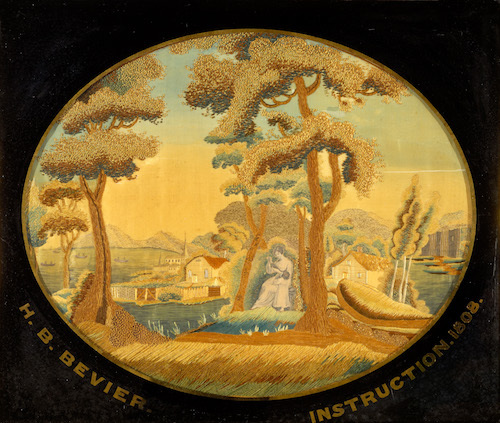 Silk and watercolor on silk embroidery executed by Hylah Bevier Hasbrouck. Needlework shows a woman and child in the center of the composition surrounded by trees. A village with buildings can be seen in the distance as well as a body of water with boats on it. 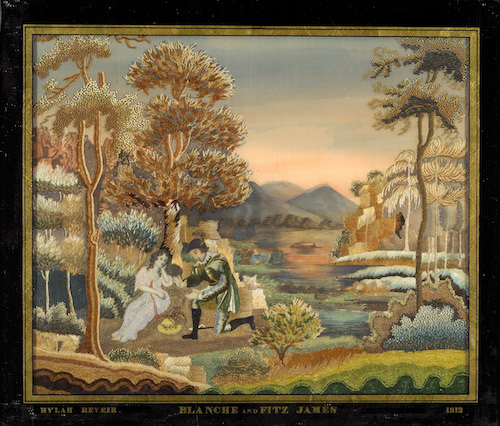 Needlework "Blanche and Fitz James" (Scene from "Lady of the Lake")

This needlework and watercolor on silk is a scene from "Lady of the Lake" by Sir Walter Scott's. The title, "Hylah Bevier., Blanche and Fitz James, 1813” is written on the glass. The needlework is very elaborate with satin, split, short, long and chain stitches. French knots and silk chenille thread can be found throughout the needlework, especially in the trees to create a three-dimensional appearance. There is a man and woman on the left hand side with a river, mountains and trees around them. The woman's yellow hat lays on the ground next to her, while the man kneels at her side. 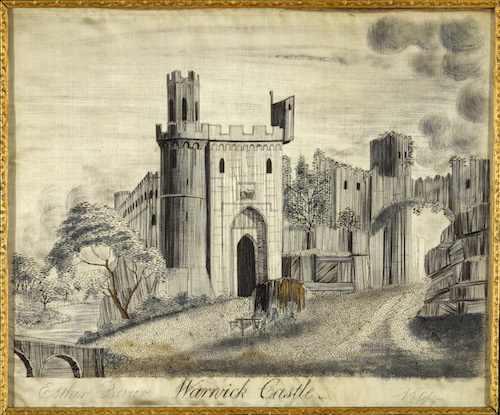 Unfinished silk and watercolor on silk embroidery titled "Warwick Castle" executed by Esther Bevier Hasbrouck. Needlework depicts a large stone castle with trees and shrubs along outside. A river runs along the left side and the edge of a stone bridge cane be seen stretching across the water. A man with a cart pulled by two oxen is seen in front of the castle. 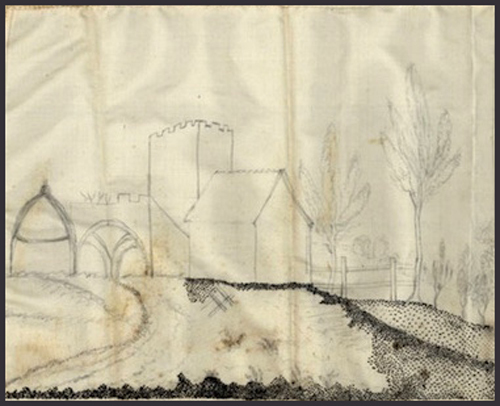 Embroidered picture in black and white, this technique was known as "printwork" because it imitated etchings and engravings. The composition has been sketched out in pencil and the embroidering in the foreground has been begun with tiny stitches. The image is of a building with trees and a fence in the right hand corner.; This work was probably started at Sarah Pierce's Litchfield Female Academy by one of the Bevier girls. 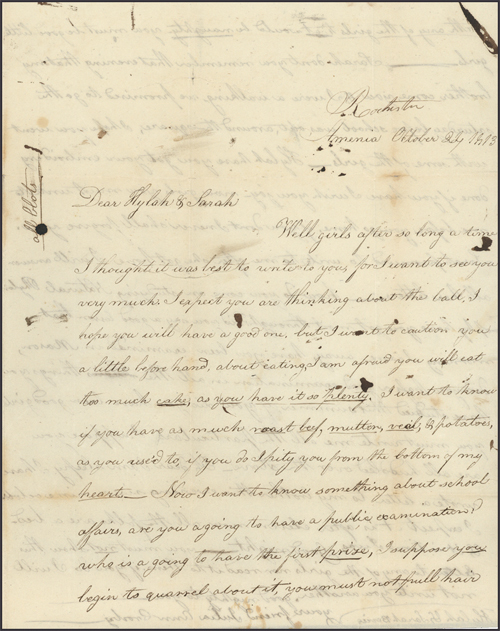 Letter written by Julia Ann Crosby of Amenia, N.Y. dated October 22, 1813 to Hylah and Sarah Bevier who were attending the Litchfield Female Academy. Julia had been a student at the same school, she is sending her regards to other students, asking questions and giving advice about school. She also asks Hylah "have you got your embroidery done if you have I wish you joy...". 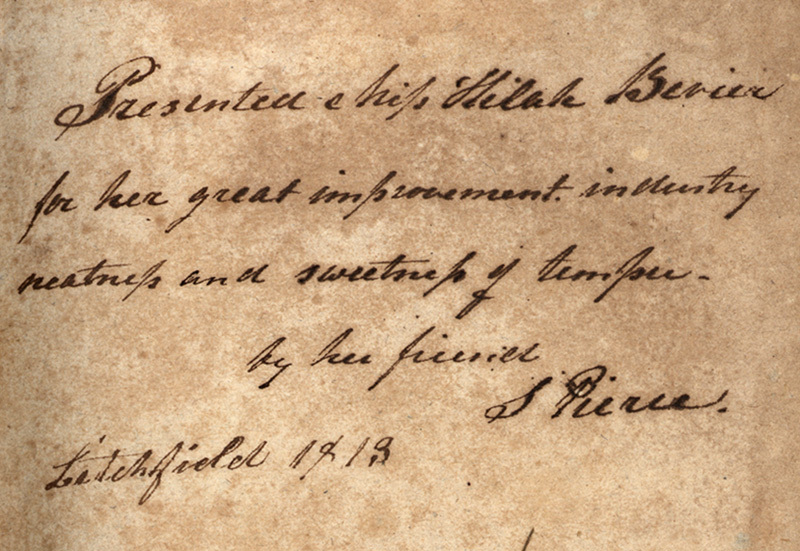 An inscription written inside a book from S. Pierce to Hylah Bevier reads: "Presented Miss Hilah Bevier for her great improvement, industry neatness and sweetness of temper - by her friend S Pierce. Litchfield 1813"