The Men of Locust Lawn

The men of Locust Lawn were wealthy land owning individuals who held prominent positions in the community and could trace their lineage back to the original founders of New Paltz. Josiah Hasbrouck was the first to settle his family at Locust Lawn. He in turn passed the farm complex on to his son, Levi who continued to build a thriving homestead and increase the family’s wealth and land holdings. Eventually, the family home and property was passed on to Levi’s son, Josiah. The other male members of the family during their time at Locust Lawn include the husbands of Levi’s daughters. These men left behind a plethora of papers, documents, and personal items that communicate, often in their own words, the lives they led and the influence that they had in their community. 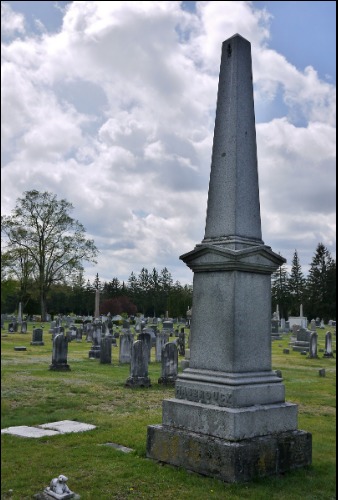 Josiah Hasbrouck (1755-1821) was born and grew up in his grandfather’s 1721 stone house on Huguenot Street, known today as the Jean Hasbrouck House. The Hasbrouck family whose French Huguenot and Dutch forebears helped to settle New Paltz, New York in the 17th century accumulated much of their wealth during the colonial period as successful farmers and businessmen. Josiah’s father and grandfather (both named Jacob) were merchants, running their general store from the family home.

Josiah Hasbrouck was born in 1755, the third child and only son of Jacob J. Hasbrouck and Jennetje Dubois. Josiah could trace his lineage back to the original founders of New Paltz. Little is known of his early life; one source states that he “completed preparatory studies” and “conducted a general merchandizing business”. During the Revolutionary War Josiah served for a year as a second lieutenant in the Third Regiment of the Ulster County Militia.

In 1785 Josiah Hasbrouck married Sarah Decker (1764-1845). Josiah and Sarah had four daughters and one son. Beginning in the 1790’s, Josiah purchased several pieces of property to assemble a 500-acre parcel in Gardiner, NY and commissioned an architect to build him a new house. He named the property Locust Lawn after a group of black locust trees which surrounded the house.

Josiah Hasbrouck resided at Locust Lawn with his family until his death in 1821. 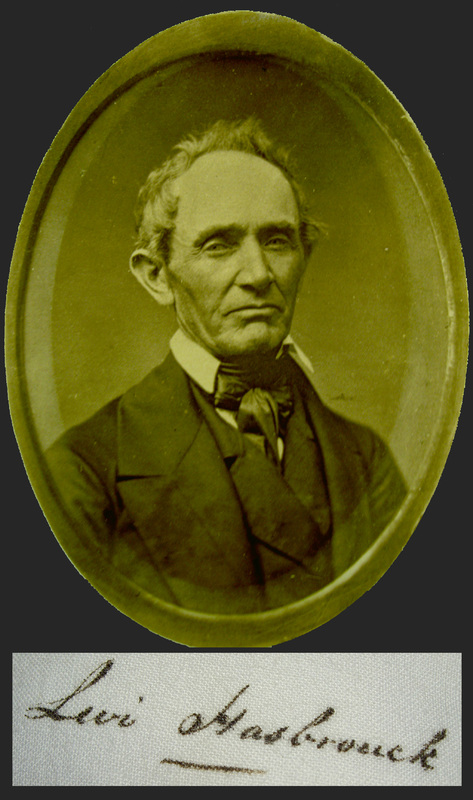 Levi inherited the Locust Lawn property from his father in 1821 whereby he continued to manage the family business, which by this time was quite a large operation consisting of a farm, saw mill and several paid laborers. In addition to these business ventures, Levi was a very prolific speculator in real estate, owning a number of properties in the counties of Ulster, Orange and Cayuga, New York. And like his father, he leased much of his land to other farmers and entrepreneurs.

In December 1821 Levi married Hylah Bevier, the 26-year old daughter of Philip Bevier and Ann DeWitt Bevier. Levi and Hylah spent the rest of their lives at Locust Lawn. An account published in 1884 stated that it was Levi who built Locust Lawn. Levi was said to be “a man of great wealth” who owned “many farms” but was nevertheless “of plain, unostentatious demeanor, and quiet manners.”

Levi and Hylah had seven children, five of whom survived to adulthood. Their first daughter, Sarah Maria, was born in November 1823. A second daughter, Ann Bevier, was born in 1827. A son, Josiah, named for his paternal grandfather, was born in 1825 but lived for only four years; Josiah’s death must have been expected for a second son, born in 1828 while his brother was still alive, was also named Josiah. The Hasbrouck’s had two more daughters, Louisa, born in 1831, and Laura Tallmadge, born in 1834. Levi was a member of the Washington National Monument Society, American Tract Society and American Bible Society. The family belonged to the Dutch Reformed Churches at New Paltz and New Hurley.

Levi Hasbrouck died at home on March 7, 1861, aged 70. Levi left the farm to his son Josiah but provided in his will that his wife Hylah should remain at Locust Lawn and she should also have the use of “the old stone house at New Paltz Village”. 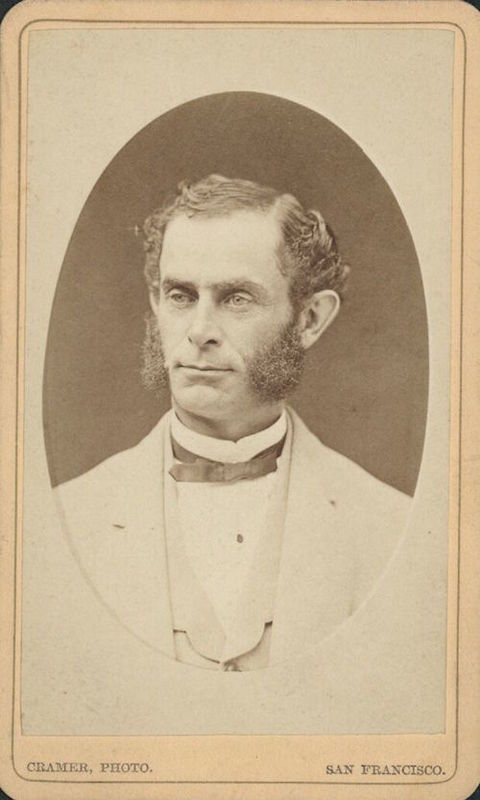 Upon his father’s death in 1861, Josiah inherited the family farm and much of his father’s real estate in New Paltz area. Josiah supervised the farm at Locust Lawn and lived with his mother and his two unmarried sisters there. In the fall of 1868, Josiah’s health began to fail, and according to family accounts he “suffered from a severe fit of illness from which he was a long time in recovering.” In search of a more moderate climate and perhaps a different lifestyle, Josiah began spending winters away from Locust Lawn. Eventually, he spent more and more time away from Ulster County and in fact, “purchased a large tract of land in California and in 1871 he often posted his letters with the return address as “On the Ranch.” Josiah returned periodically to Locust Lawn.

On June 1, 1881, Josiah married 29-year-old Margaret (Maggie) DeKay, whom he had know since at least 1880 and the wedding ceremony was held in Warwick, New York. Maggie and Josiah became the parents of one daughter born in 1882, named Hylah, after her late grandmother Hylah Hasbrouck.

His last years, Josiah again fell ill and had to have his leg amputated. Just after his daughter’s second birthday, Josiah died on August 11, 1884. An obituary in the New Paltz newspaper stated that he had passed away “suddenly in the night”. According to this account, Josiah was “looked upon as a New Paltz man, and his face was familiar to everyone here.” He had “attended church at New Paltz, owned a great deal of real estate in this immediate vicinity, received his mail matter at the post office and very frequently rode out to the village, even after the amputation of his leg a couple of years ago rendered it difficult for him to get around.” The obituary said that like his father, Levi, Josiah was “a plain, unostentatious man, rather conservative in his views, exactly honest in his dealings and he had a warm grasp of friendship for his acquaintances.”

Josiah died intestate and was survived by his widow, Maggie and daughter, Hylah. In order to settle the estate Hylah’s guardian instituted a partition suit with her father’s sister, Laura Varick since the estate was found to be insufficient for the payment of Josiah’s debts. This lawsuit brought about a sale of all the property, most of which was purchased by Laura Varick who rented the house and farm to various tenants until her death in 1926. 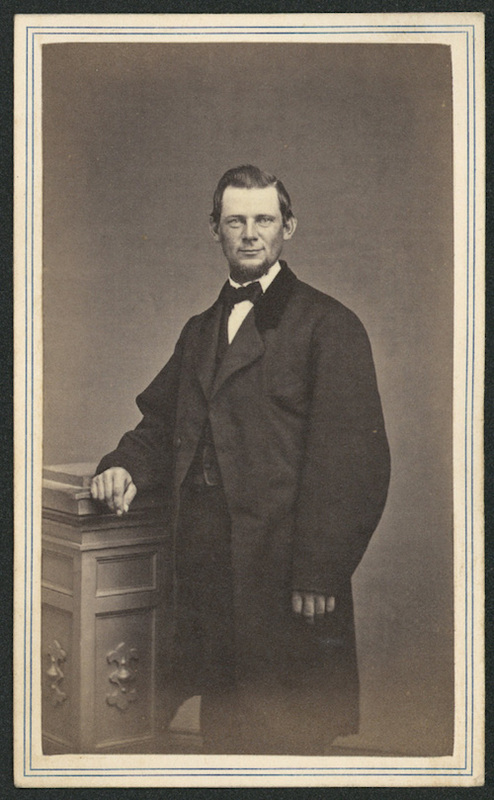 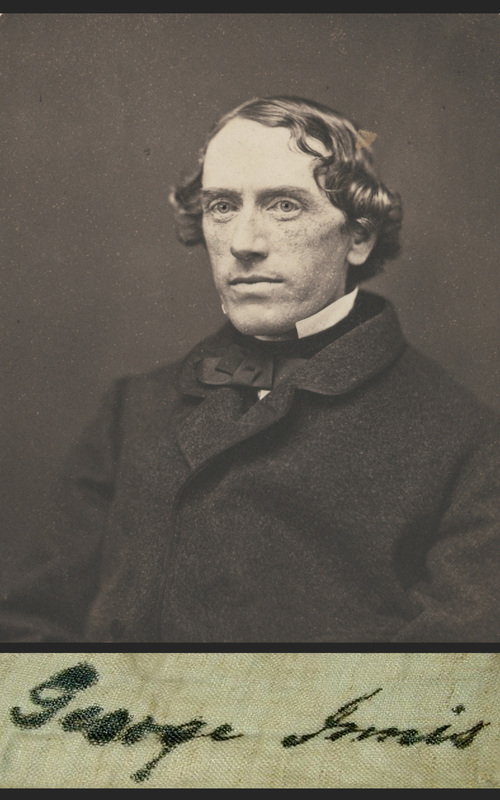 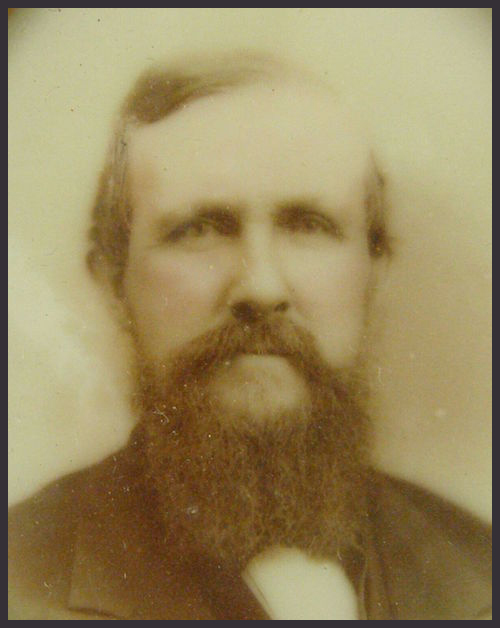