This greeting card collection contains Valentines, Easter, Best Wishes, Christmas, New Years, and Birthday cards along with calendars. The greeting cards date from the late 19th and early 20th century, several of the greeting cards are dated with personal inscriptions from members of the Hasbrouck, Innis, and Young families. A selection of greeting cards can be viewed here. 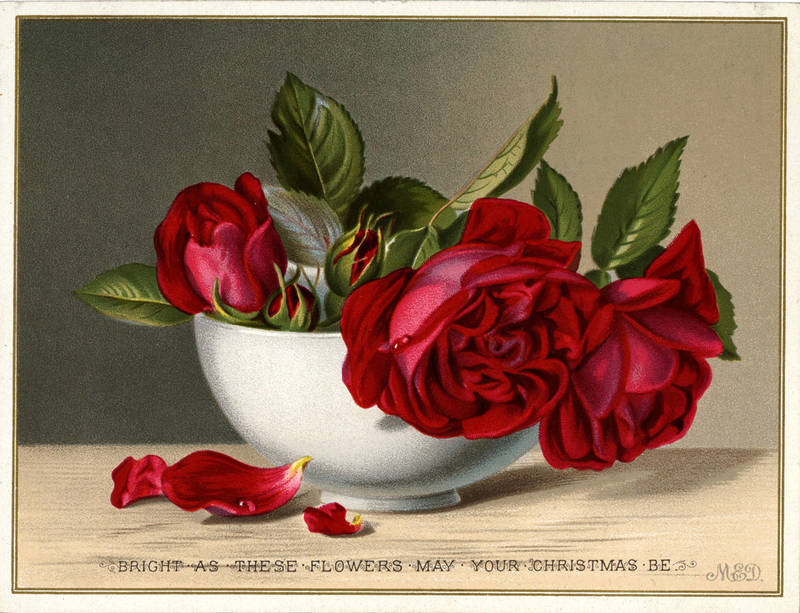 Lithographed Christmas card of a white bowl full of red roses. Some petals have fallen on the table below. The border has two thin golden lines surrounded by white. The text on the bottom reads "Bright As These Flowers May Your Christmas Be." The backside is blank. 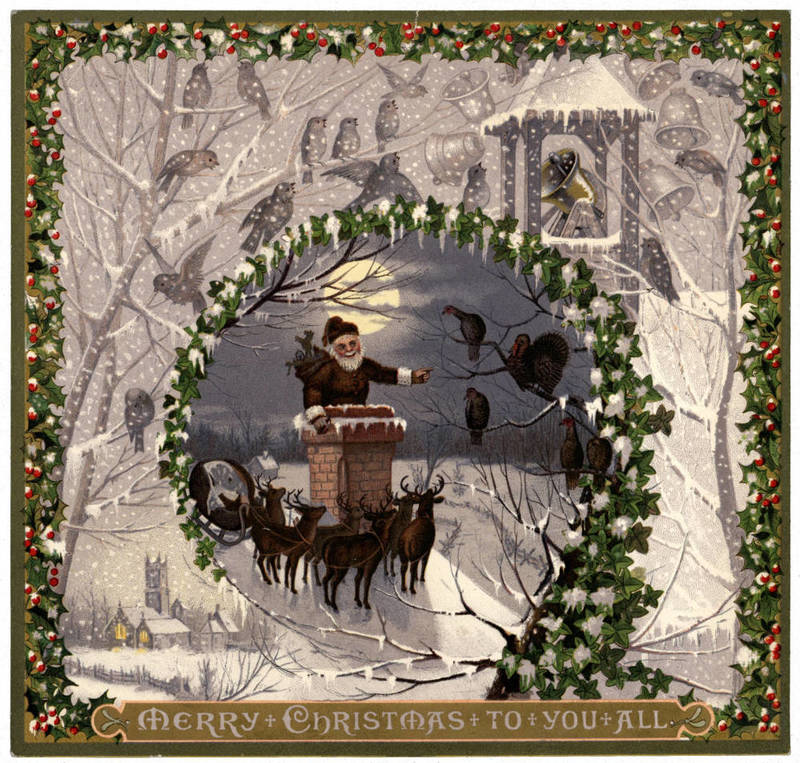 Lithographic greeting card on pastboard of an intricate scene with the central image of Santa Claus going down a chimney with reindeer and birds around him. Around the center is a snow scene with birds, a church and a bell at the top. The entire scene is surrounded by a holly border. The backside is blank, with a handwritten note in ink "Uncle George with love and a very Happy New Year from Laura".

Uncle George is referring to George Innis who was born in Poughkeepsie, New York on June 7, 1822. In 1855, he married Ann Bevier Hasbrouck (1827-1906) daughter of Levi and Hylah Hasbrouck. The couple resided in Poughkeepsie, New York at Rosewood, located on 40 Main Street, where they had two children, Martha and Hasbrouck Innis. George died at the age of 81 on November 26, 1903. 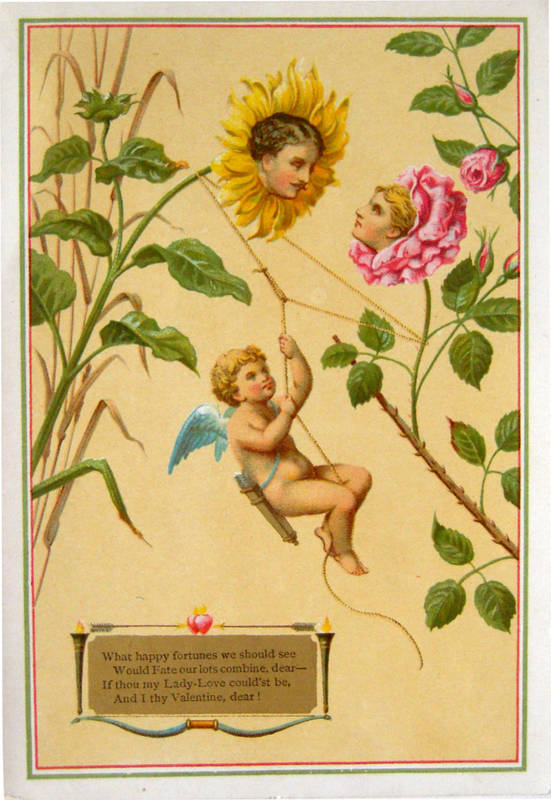 Lithographed card of Cupid on a rope, the rope is tied around the heads of two flowers. The heads of the flowers have human heads of a man and a woman. The woman's flower is pink, while the man's is yellow. A gold rectangular box in the left hand bottom corner, is written ""What happy fortunes we should see Would Fate our lots combine, dear- If thou my Lady-Love could'st be, And I thy Valentine, dear!"". The back has a maker's marker with ""DE LA RUE & CO Series No. 78"" written in the center.

Written Valentines started as early as the 1400s. Handmade paper Valentines became popular in England, where they were exchanged as gifts. In the mid to early 1800's, Valentine cards were produced by workers in factories. Esther Howland is known as the Mother of the Valentines. Howland used real lace, ribbons and colorful pictures. De La Rue & Co. was founded by Thomas de la Rue in 1821. By 1831, his business secured Royal Warrant to produce playing cards. The company was also known for its bank notes, stamps and by 1872, the company began creating greeting cards, which ceased in 1885.