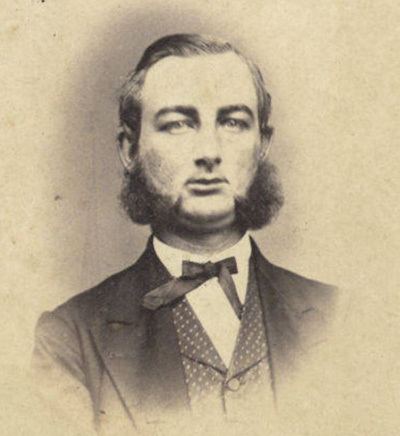 Peter LeFevre was the second oldest son of Josiah and Elizabeth LeFevre who had a total of nine children. Peter attended Troy University in New York   in 1858 while his older brother Johannes went to Union College in Schenectady. (More information can be found on Johannes Lefevre at "I Regret to Inform You"). Peter later joined his brother at Union in July of 1859 and graduated from there two years later.

On August 10th 1862, twenty-three year old Peter LeFevre enlisted into the the 156th Regiment New York State Volunteers as a First Lieutenant of Company A to serve for three years. In a letter to his younger brother Ralph dated April 27th 1863, Peter shares how life in the army is very different to living in New Paltz:

Ralph, it is one thing to ride around at home and enjoy the comforts of New Paltz life and Quite another thing to   get up in the morning so stiff and sore that you can at first scarcly (sic) stand, roll up your shelter tent and blankets, go half mile or more to a well or bayou for water to wash and make coffee up, boil your coffee in your cup, soak your hard tack in your coffee, and if you are good at “taking” things, hold your piece of chicken or beef or mutton on a stick or in a half canteen over the fire till it is cooked, eat your breakfast in a hurry, and perhaps by six oclock be on the march, with your bed and cooking utensils and clothes all on your shoulder with your gun and forty rounds of ammunition ready to march 15 or 20 miles. All this I say is not home, yet it is war, and what the privates of this army had to do day after day. Officers have a servant to do some of these things. 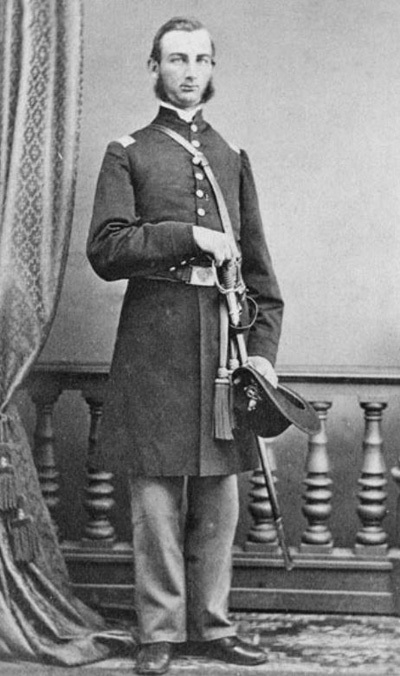 In the same letter, Peter describes the 156th’s first experience in battle at Fort Bisland in Louisiana on April 13th, 1863. He writes: “The men of the regt were lying down in a corn field and we were soon lying as flat as any. The bullets from the enemies skermishes (sic) in front soon came whistling over our heads in search of a head that might happen to be a little to (sic) high, several passed within a few inches of my head.” Peter later writes that five men from the 156th were killed in the battle but they were successful in forcing the Confederates to retreat from their position in the fort.

Peter received a commision to become a Captain on August 31st, 1863 due to efforts from his father and “personal friends in Kingston.” Peter thought that he would be able to be Captain of Co. A and was actually mustered into it for night. However, Colonel Sharpe, who Peter had already not been fond of, permanently assigned him to be Captain of Co. H. Peter was very upset about having to change companies and so were the men in Co. A. Peter writes to his brother Ralph on the 6th of November, 1863, “Of course the members of the Co. are very much disappointed and are very sorry that I am taken away from them. They all like me except perhaps one or two whom I have been compelled to discipline. The officers in the Regt. nearly all sympathize with me. I am now uncertain whether to offer my resignation or not.” The January 1st, 1864 issue of The New Paltz Times also reported that every man in Co. A signed a petition that stated they wanted to have Peter as their captain. Peter did eventually resign and was officially discharged on January 17th, 1864 at Baton Rouge, Louisiana. 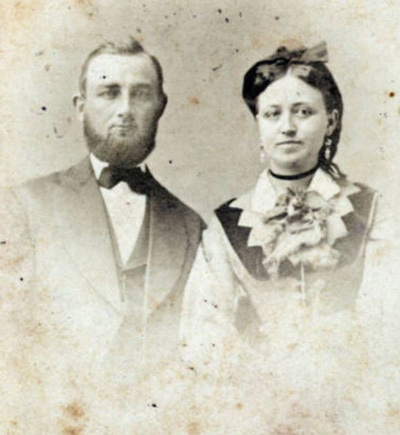 After the war, Peter moved to Bartlett, Tennessee, just north east of Memphis.   He married Anna Margaret DuBois in June of 1871 and had three children, Josiah, Daniel, and Jennie. In September of 1878, a Yellow Fever epidemic spread rapidly throughout Memphis. On September 7th, Peter wrote to his sister Jennie telling her, “although the yellow fever is surging so terribly in Memphis we are all enjoying excellent health. Anna and I have been remarkably healthy of late.” Five days later on the 12th, Peter’s wife Anna had to write for him a letter to Jennie stating that Peter was bedridden with yellow fever. On the 14th, Anna wrote to Peter’s father that his condition was very critical. A day later, Peter succumbed to the illness. Anna writes on the 16th to his family, “He was sensible to the last. Was not afraid to die. Had strong faith in God and believes that he would be merciful to him and forgive his short-comings. He told the little boys that his body would be put in the ground but his soul would go to Heaven. Peter is now buried in the Memphis National Cemetery.

View details of photograph of Peter and Anna 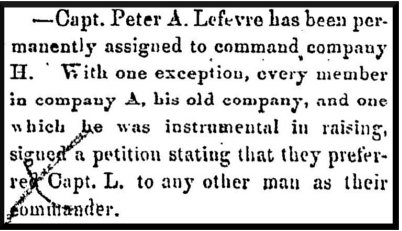