Women's Roles During the War 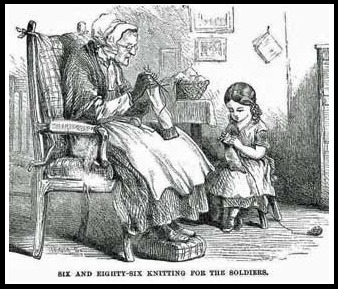 Women were now the heads of households in many cases, with their husbands, brothers, fathers and sons off fighting in the South. Normally male spheres of influence began to overlap with traditional women’s roles. Economic, political and social affairs normally dealt with by male members of a household fell to women when there was no one else left to turn to. Farm work, dominant in these rural, agricultural Upstate towns, became another responsibility of women, children, and men not fit for service.

The abolitionist movement and relief programs during the Civil War can be seen as the earliest sign of women organizing themselves in order to gain political rights and facilitate change. With the men pulled away from home to fight, women undertook more responsibilities and roles in the public community sphere, acting in vital roles and positions normally reserved for men. When relief groups were first formed at the beginning of the war, they were primarily run by women, who did the cooking, sewing, knitting, baking and other handy tasks the provided the goods for soldiers. Auxiliaries of national relief organizations were created in counties all over the country, with local town auxiliaries in Saugerties, Rondout, Woodstock, Marlborough, New Paltz. Lloyd and Esopus.

These organizations, run by women, were presided over by men. However, by 1863, after two years of war and relief work, women finally gained positions over their own organizations. Mrs. A Bruyn Hasbrouck became Ulster County Auxiliary Associate Manager. Mrs. Jonathan H. Hasbrouck of Kingston was the Receiving Manager for the county. Mrs. Dr. Finch was elected President of the County Army Relief Society. Mrs. A. Bruyn Hasbrouck named a number of prominent men to an “Advisory Committee to the Associate Lady Managers,” but in most cases, women were running the show back home and in providing relief to their soldiers.

Local auxiliaries put together their own relief fairs in order to aid their local soldiers as best they could. These local orders eventually came together to host a greater Metropolitan Fair in New York City in 1864 tasked with selling handmade goods and raising money for their troops.

Image credit: Engraving, "Six and Eighty-Six Knitting for the Soldiers." From  The Tribute Book: A Record of the Munificence, Self-Sacrifice and Patriotism of the American People during the War for the Union,  1865. (Courtesy of Lynne Zacek Bassett.)