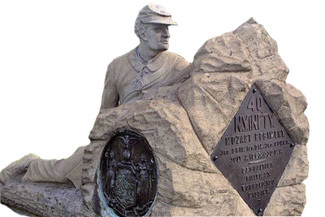 Brothers in Life and Death

Brothers Simon (b.1833)   and Luther Freer (b.1837) and were born to laborer Philip Freer and Maria Rose Freer in New Paltz, New York. Though neither of the brothers appears in the New Paltz Enrollment book, they both served for the Union during the Civil War. Neither brother died in battle, however the wounds they sustained in action were cause for their deaths. 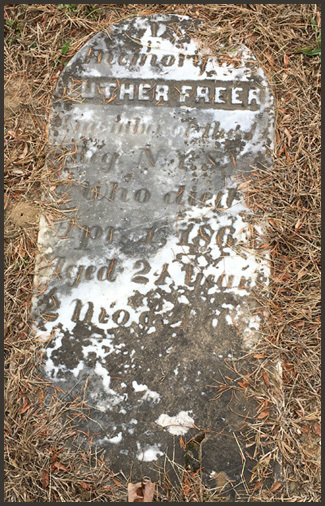 Luther, a laborer employed by Hiram Dubois and Cornelia Rose, enlisted in Albany on August 16th, 1961, becoming a member of the Ellsworth’s 44th infantry regiment of New York. With the 44th infantry he faced the regiments most gruesome battles, during the seven days before Richmond. The “Ellsworth Boys” lost 44 men “in the thickest of the fight, and among the bravest of the brave.” Luther was injured and taken prisoner by the Confederacy at Gaines Mill during this time, and was brought to Richmond as reported by the New Paltz Times. He was taken prisoner by the confederacy and placed in a prison camp near Richmond, possibly Libby Prison or Belle Isle. Here, prisoners were malnourished, dehydrated and subject to filthy conditions where, “sanitary facilities were almost nil.” Luther Freer was one of 17 enlisted men reporting missing on June 27th. He was discharged on December 1st 1862 because of these injuries, and returned to New Paltz suffering from disease and infection he contracted during his time as a prisoner of   war. For the remainder of his life he suffered from his injuries until he passed on April 1st, 1963. 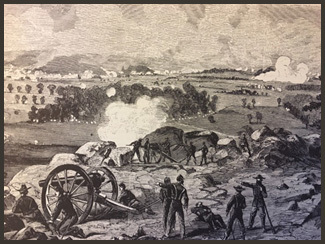 Simon Freer was enlisted in the 40th infantry, the Mozart Regiment. His military career came to a peak at the Battle of Gettysburg. Thomas W. Egan commanded the Mozart Regiment in Gettysburg on the second day of the battle, on July 2nd. Simon and his comrades were positioned in the “Valley of Death” between Little Round Top and the Devil’s Den.   Here, the 40th was in vulnerable position to Confederate troops. The regiment was forced to retreat after dwindling under Confederate fire and was eventually relieved by the arrival of the 44th infantry (by the battle of Gettysburg his brother Luther had already died). By the time the 44th arrived, Simon had been critically injured by Confederate forces. Simon Freer passed away within the month in Gettysburg from his wounds on July 31st 1863.

Both of the Freer Brothers’ named their mother, Maria Rose, and their Uncle Daniel Rose as proprietors of their wills.