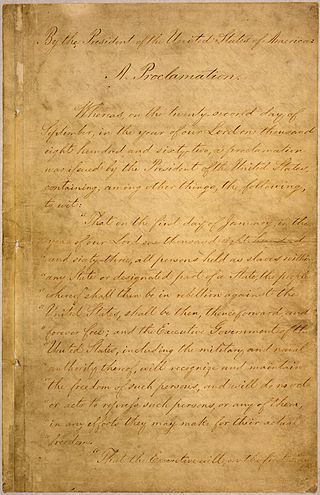 The Emancipation Proclamation was issued on January 1st, 1863 and is renowned for famously freeing slaves. Unfortunately, this particular document was limited and only freed the slaves of the Confederacy. There were multiple exceptions to that as well, with many states and territories already under Union control being exempt from the edict. The Proclamation was severely limited in actual legal power, as Lincoln was attempting to exert control over a faction of the nation already seceded. After two years of bitter conflict over the preservation of the Union, Lincoln added the decisive issue of slavery to the outcome of the war, something already speculated strongly upon. In order for the emancipation of southern slaves to be enforced, the Union needed to triumph over the Confederacy.

Beyond the initial end of bondage for southern slaves, the Emancipation Proclamation also allowed for the newly freed slaves to be taken into the Union army. Lincoln declared "such persons of suitable condition, will be received into the armed service of the United States to garrison forts, positions, stations, and other places, and to man vessels of all sorts in said service". The Emancipation Proclamation also promoted that the emancipated slaves “labor faithfully for reasonable wages” and not engage in violence. While these statements mildly contradicted each other, they set an important ideology in motion. The newly freed slaves would have the option to join the Union army if they so chose, which would have been legally sanctioned. 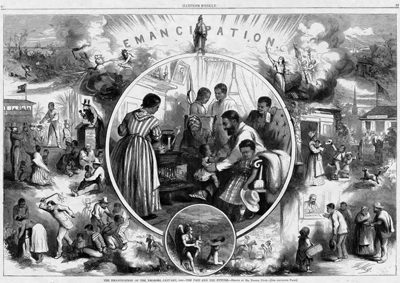 What was so profound about the Emancipation Proclamation was that it reached all corners of the nation, just like the war itself. The effect of the Proclamation was felt across the country, as can be seen from the recognition it receives in the New Paltz Times.

"The laws of the United States, however, forbid officers of the army and navy to return slaves to their owners, or to decide upon the claim of any person to the service or labor of another; and the inevitable conditions of a state of war unavoidably deprive all classes of citizens of much of that absolute freedom of action and control of property which local law and the continued peace of the country guaranteed and secured to them. The forcible seizure of fugitives from service or labor by their owners is inconsistent with these laws and condition so was, inasmuch as it leads to personal violence and it cannot be permitted. Officers and soldiers will not encourage or assist slaves to leave their employers, but they cannot compel or authorize their return by force.”