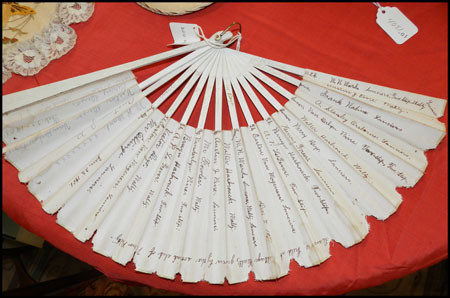 Pencil Me In: A Brief History of Dance Cards in the Mid-Hudson Valley

Dance cards, or Ballspendens, came into popularity around the 1830’s in Vienna in the Austro-Hungarian Empire (now Austria).  A center of fashion and high culture, Vienna was host to many balls or dances, inviting the most powerful families in the world. During such events, it was expected that men and women form social connections through dancing, whether it be a casual acquaintanceship or an engagement. The dance card was used so men could “sign-up” to dance with a lady and so she could keep track of who she was dancing with and to which song. This allowed for a smooth night where there was seldom a chance for a man or woman to be found without a partner. It also ensured that women did not discriminate against certain men or spent too much time dancing with one man in particular. View list of names written on dance fan.

The host or organization hosting a ball would provide elaborately decorated booklets to the ladies attending. Each dance card would have the date of the dance as well as a detail in the decoration indicating the host, whether it was a coat of arms or a picture. They came in a variety of forms, such as the fan we have, or in booklets of various shapes. Dance cards were so important that a lady’s  tickets was slightly more expensive than the man’s in order to cover the cost of the dance card. Dance cards eventually became extremely popular and fashionable throughout Europe and America in the late nineteenth century. However, instead of mother-of-pearl and ivory for royal balls, the dance card was made from simpler materials to match the middle-class events in America.

The dances listed on this dance fan are the Lanciers (a dance for four couples in a quadrille or square), the Two-Step (a quick partner dance) and the Waltz (a fluid, romantic partner dance), three popular dances of the era which allowed for fun as well as propriety.

The fact that dance cards were made in the form of a fan is very telling of two important cultural formalities in the nineteenth and twentieth centuries, the dance card itself, and the fan as a tool. The fan was an important accoutrement for women since they could be used to cool oneself off after dancing, and could also be used as an important device in flirtation. In the countless etiquette books written for the era, it includes lists of the secret messages that could be communicated by the flick of a wrist.  Some include:

Letting the fan rest on the right cheek = Yes

Letting the fan rest on the left cheek = No 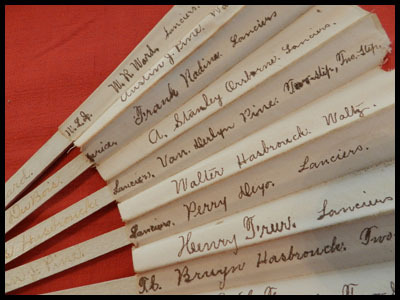 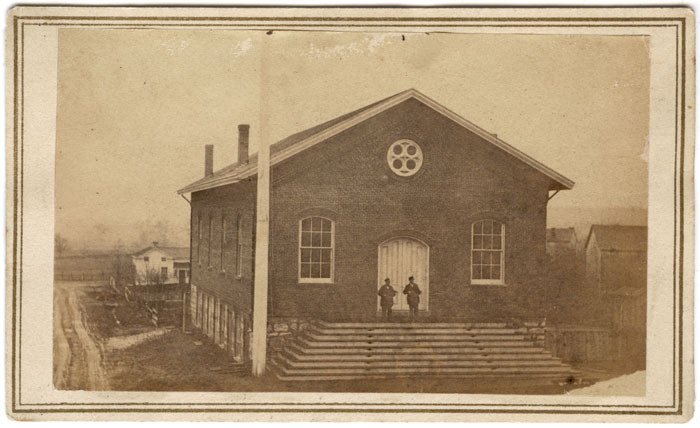 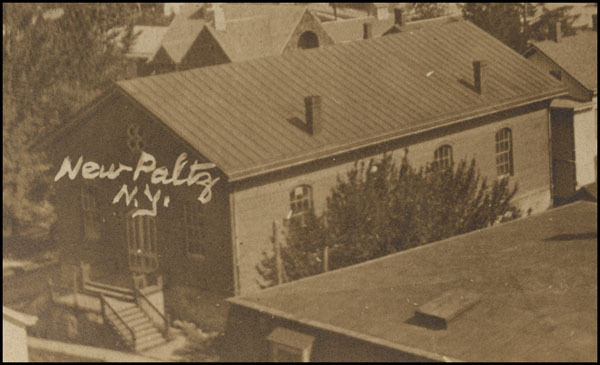