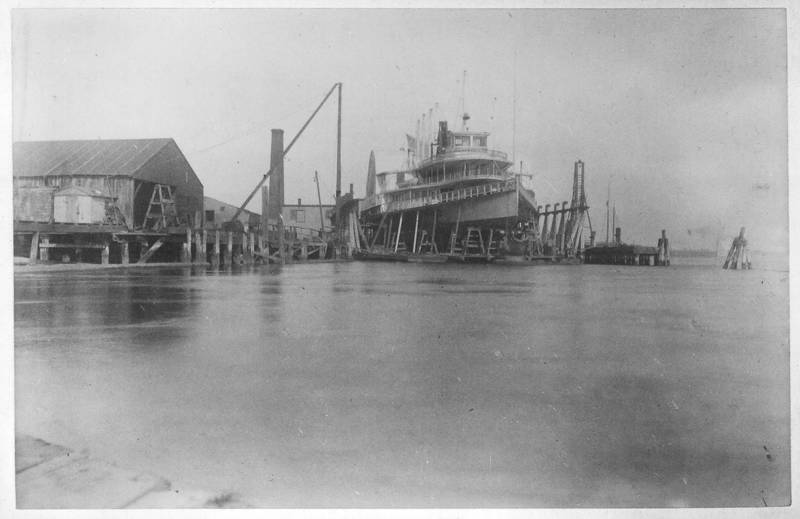 In subsequent years and decades, the Mary Powell often underwent updates, upgrades, and changes to her physical and mechanical structures.

In 1868, the New York Herald ran an article about steamboat safety entitled, “Our Steam Fleet.” With an overview of the latest safety recommendations, the article evaluated a number of Hudson River steamboats, including the Mary Powell. The Herald had this to say,

“The Mary Powell runs to Rondout from this city. There was no certificate on board, the inspectors having taken it away for the purpose of supplying a new one in its stead. There was a good quantity of hose on board, about 600 feet, about sixteen fire buckets, and a large number of life preservers. She had two boats on the upper deck and forward of the wheel houses. Boilers were built in 1863, and are on the guards; no water bottoms. Surrounding woodwork is fairly sheathed. The ash doors are insufficiently secured. General character of security and provisions against fire are better than some boats of her class, but still might be improved with a limited outlay.”

In 1886, the Rockland County Journal reported a new paint job, “The steamer Mary Powell, otherwise the ‘Queen of the Hudson,’ looks as queenish as ever, if not more so. She has a beautiful new dress from top to bottom, the workmanship of J. H. Cousins & Co., and it speaks well for their artistic skill.” 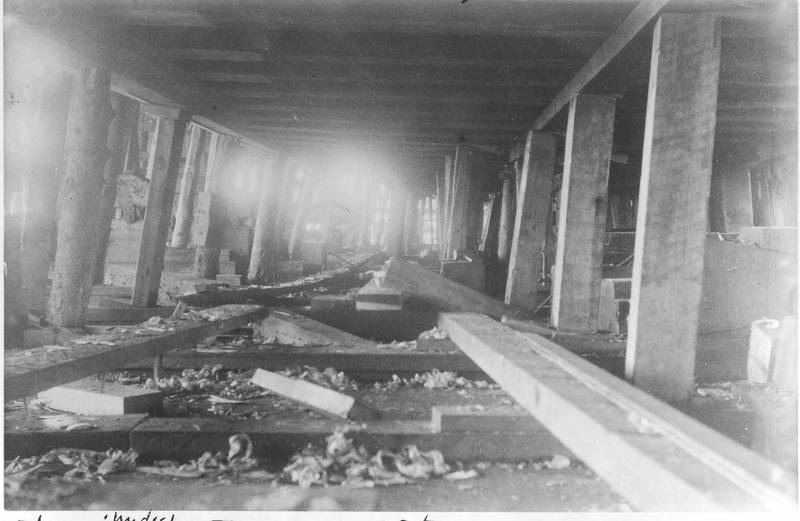 The following year, in the winter of 1887-88, new captain A. Eltinge Anderson gave Mary Powell a major overhaul, including the installation of electric lighting throughout the boat.

Not every overhaul was voluntary. In June of 1899, the Mary Powell was caught between two summer thunderstorms, one coming from the north and the other from the southwest. The gale hit the boat, taking down both smokestacks, the starboard one smashing in the upper part of the starboard wheelhouse. In the sudden darkness and rain, the electric lights were not turned on right away, adding to passenger alarm. But Captain Anderson calmed the passengers, and when the storm passed, the Mary Powell was able to continue on her way, even without her smokestacks.

One of the last significant remakes occurred after the Hudson River Day Line gained control of her in 1902. Between 1902 and 1904, her promenade deck was extended forward and portholes were installed on the main deck behind her boilers.

In 1905, an electric fire alarm was added. Unlike the previous fire alarm, which just sounded a gong, this electric system included “electric annunciators,” to tell the crew where to report. According to the Kingston Daily Freeman, “The inspectors who were here Tuesday say the system is perfect and the first to be installed on any vessel.”

By the turn of the twentieth century, in newspapers and advertisements, Captain Anderson and others were boasting that the Mary Powell scarcely had any original timbers left. A boast designed, no doubt, to reassure passengers that she was always in the safest, best, and most up-to-date condition, despite her venerable age.

The following year, the Mary Powell was taken down to New Jersey and hauled out for major renovations, including replacing the engines.