As one of the primary day boats between New York City and Rondout, the Mary Powell played host to a number of famous passengers over the years. 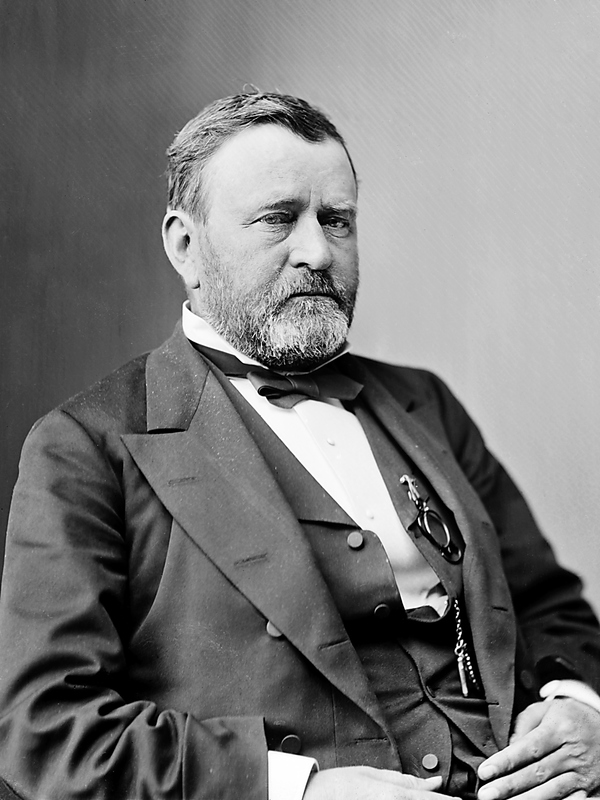 Photo portrait of Ulysses S. Grant in civilian clothing, taken sometime between 1870 and 1880. Library of Congress

In 1869, the Mary Powell brought newly-inaugurated President Ulysses S. Grant and his family to West Point. On June 10, 1869, on route to New York City aboard the Baltimore & Ohio Railroad, the train partially derailed at Annapolis, thanks to a wandering cow. Several people were killed and severely injured, but the President and his family, in their private car at the rear of the train, were unharmed. The New York Daily Herald reported, “During all the excitement the President seemed unusually cool and unconcerned. He evidently thought it was not his funeral, and he smoked his cigar with as much complacency as if he had been sitting in the White House.”

In a separate article on that same page, the Herald reported on the arrival of the President in New York City. Originally set to arrive at 6:30 am, his train was delayed until 2:00 pm. The throng of eager watchers had by then disbursed, and the President and his party quietly left the station for the Debrosses Street ferry, from whence they took the Mary Powell up to West Point. The paper reported, “There was no official reception, no extraordinary display of bunting, no official roar of gunpowder, but the arrival and departure of the Presidential party was as quiet and private as it could possibly be arranged.” 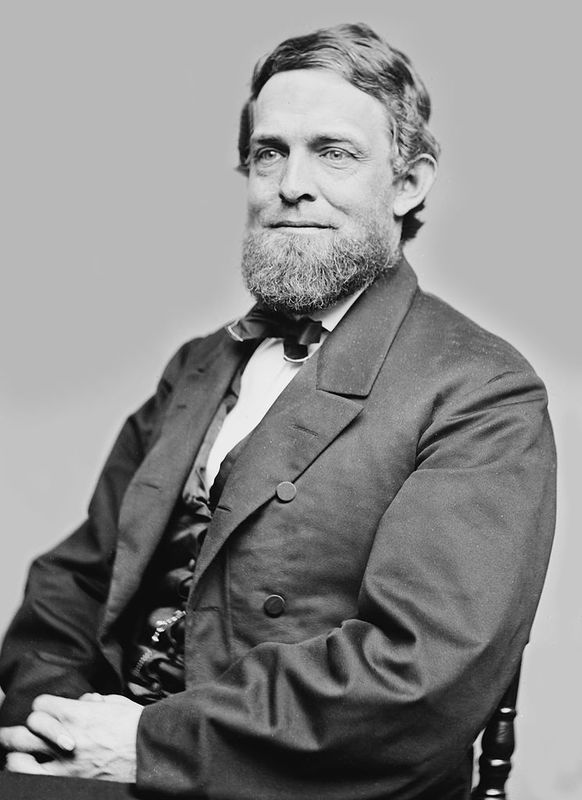 A week later, Vice President Schuyler Colfax traveled to Rondout, NY aboard the Mary Powell. At the time the Powell was owned by Thomas Cornell and Captained by Ferdinand Frost. Unlike President Grant arriving quietly in New York City, Vice President Colfax was feted at Rondout. Arriving at 9:00 pm, “the late hour of the arrival prevented any formal proceedings that evening,” but the Vice President and his wife were escorted to Thomas Cornell’s Rondout mansion for the night.

The next morning “a happy party of excursionists was organized, consisting of the Vice President and wife, Mr. Thomas Cornell and wife, Hon. H. C. Calkin and wife and several others, all of whom embarked on board the tugboat Walter B. Crane, which vessel, while bells were ringing, flags waving, steam whistles blowing, and the multitude cheering, steamed up Rondout creek to the weigh locks at Eddyville and then back, sailing out of the creek into the Hudson, and then up and down the river, viewing Port Ewen, Rhinecliff, the immense ice houses, &c., &c.” More evening entertainments and dinner parties and speeches were devised, complete with a dance to the music of the Rondout Brass Band. On June 18, the Vice President returned to New York City aboard the Mary Powell. 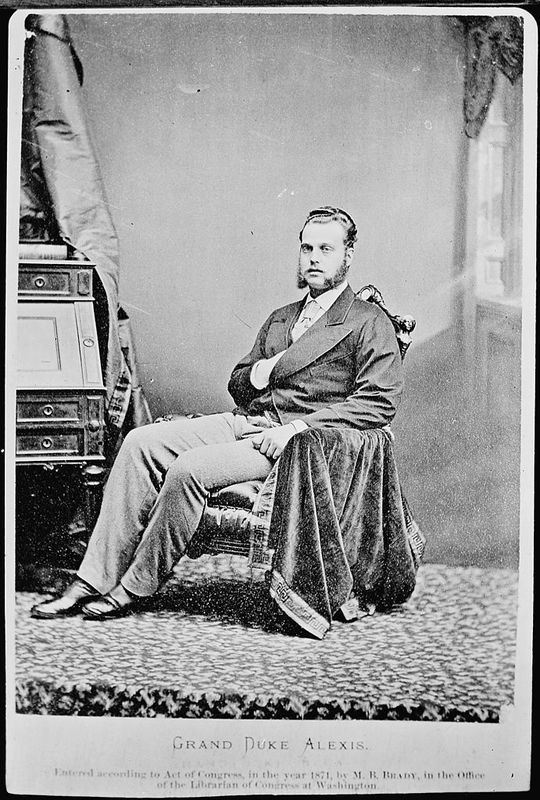 Portrait of the Grand Duke Alexis by Matthew Brady, 1871. Library of Congress.

In 1871, the Grand Duke Alexei Alexandrovich of Russia, fourth son of Tsar Alexander II of Russia, came to the United States on a goodwill tour and to show off the Russian Navy. Alexei was an officer in the navy, and acted as unofficial ambassador on the voyage. He arrived in New York Harbor on November 10, 1871 on board the tall ship Svetlana, amidst much rain and fog. The “Reception Committee,” a group of notable men based in New York City, had chartered the Mary Powell to receive the Grand Duke and entertain him on board. The general consensus had been to delay the reception if the weather was poor, but the Mary Powell arrived and half the group went down despite the rain. Eventually, the rest of the committee arrived and the Powell set out into New York Harbor, intending to go out and greet the Svetlana. But the Svetlana arrived in harbor without her escort, and with much waiting and back and forth communications, along with strains of national anthems from orchestras on both vessels, it was determined that the Grand Duke wanted to wait for fairer weather before debarking. 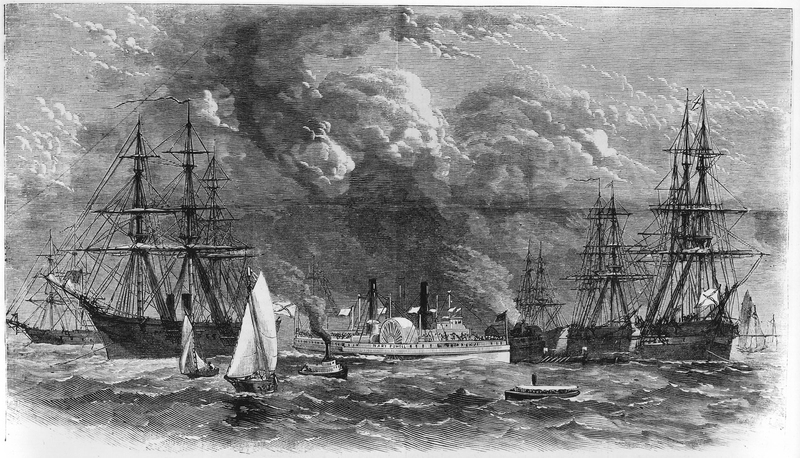 The following day dawned clear and warm, and so the Grand Reception proceeded as originally planned. The Mary Powell, arrayed with flags and bunting, went out again, this time with a full complement of committee members, invited guests, and a large number of impeccably dressed ladies. Approximately 360 people were on board for the reception, not including the Russian delegation. The Grand Duke finally set foot on the deck of the Mary Powell about 11:30 am, and when the speeches and reception line were done, the Duke and entourage had lunch in the dining room before setting foot on American soil at the Mary Powell’s pier at approximately 1:30 pm.

From there, Grand Duke Alexis made his way to Washington, D.C. to pay respects to President Grant. But the visit lasted only one day, and there was not a grand reception, or even a White House dinner. Russian minister to the United States Konstantin Kotakazi was not a favorite at the White House. His sense of diplomacy was to treat the United States as if it was subordinate to the Russian Empire, including attempts to influence the decisions of members of Congress. Despite attempts at intervention, he persisted, eventually becoming abusive in his manner even to President Grant, who asked the Russian government to have him recalled in the spring of 1871. The Russian government, anticipating the arrival of Grand Duke Alexis, asked that Grant wait until after the visit. However, this required Kotakzi, who Grant and many other U.S. government official detested, to be present for the meeting, which lasted only 15 minutes. No formal dinner was held in large part because Kotakazi would have to be present. Any hopes of a military alliance, which had been previously discussed, were dashed.

Alexei left Washington, D.C. the following day for Annapolis to visit the Naval Academy, and then returned to New York. A few days after his departure, Russia finally replaced Kotakazi, but the political damage had been done. Nonetheless, Alexei’s tour continued, and was considered a social success. 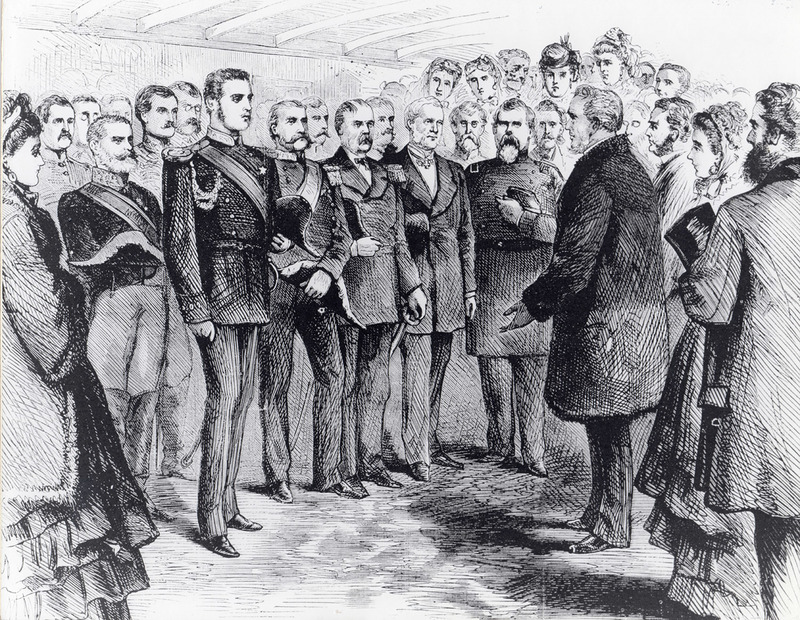 On December 1, the Grand Duke and his party again boarded the Mary Powell, this time for a less formal excursion to West Point to visit the military academy. Minister Kotakazi, who clearly left Washington with the Grand Duke, was also aboard, as were a number of American military personnel and members of the original Reception Committee. Whistles were blown, flags and handkerchiefs waved from the watching throngs as they steamed north. Julien’s orchestra again provided live music. The Mary Powell arrived at West Point at 12:00 pm, and the group debarked for a tour of West Point and the military academy. The Powell was set to return at 2:00 pm, so the group gathered at the pier, however she was late, and a cold wind blew on most of the party, who could not all fit into the waiting room, until she finally arrived at 3:00 pm. After dinner on board, and the dancing of a Virginia reel on the open deck, the Mary Powell returned to dock in New York City about 5:00 pm.

Grand Duke Alexis, as he was referred to in the American press, went on to tour the rest of the eastern United States, as far west as Denver, and participating in such events as a buffalo hunt in Nebraska, before departing the United States from Florida in February of 1871. 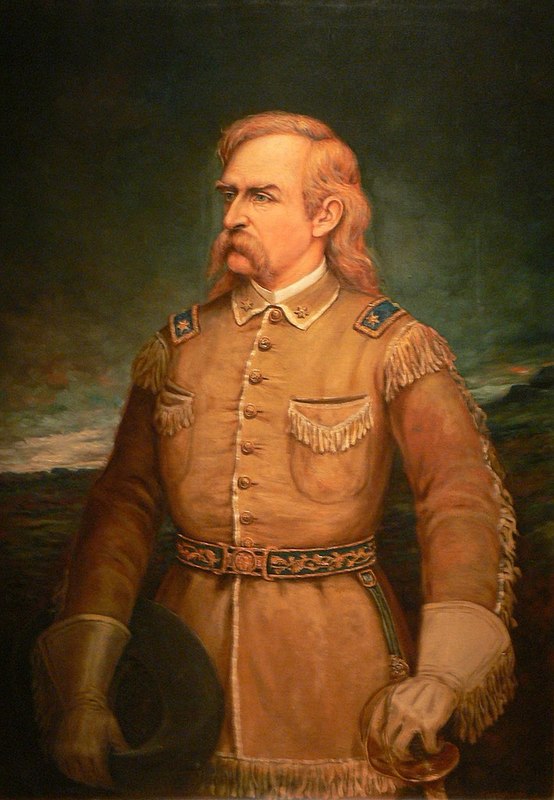 On October 9, 1877, the remains of Lieutenant Colonel George Armstrong Custer (during the Civil War he had held the rank of General, but was a Lieutenant Colonel at Little Big Horn) were conveyed to West Point aboard the Mary Powell. Having been killed the previous year in the Battle of Little Bighorn, Custer was exhumed the following year for reburial in the east. His remains arrived by train in Poughkeepsie, NY, where a funeral procession was held down to the Hudson River, where they were transferred on to the Mary Powell and placed in the ladies’ saloon on a pall. According to the Poughkeepsie Eagle News, one thousand people were already on board the Mary Powell, another thousand boarded at Poughkeepsie, and still more at subsequent stops between there and West Point. These numbers seem exaggerated, as the maximum capacity of the Mary Powell was never listed as more than 1,800 people. Upon arrival at West Point, the casket was removed from the Mary Powell and a funeral service and burial held on site. 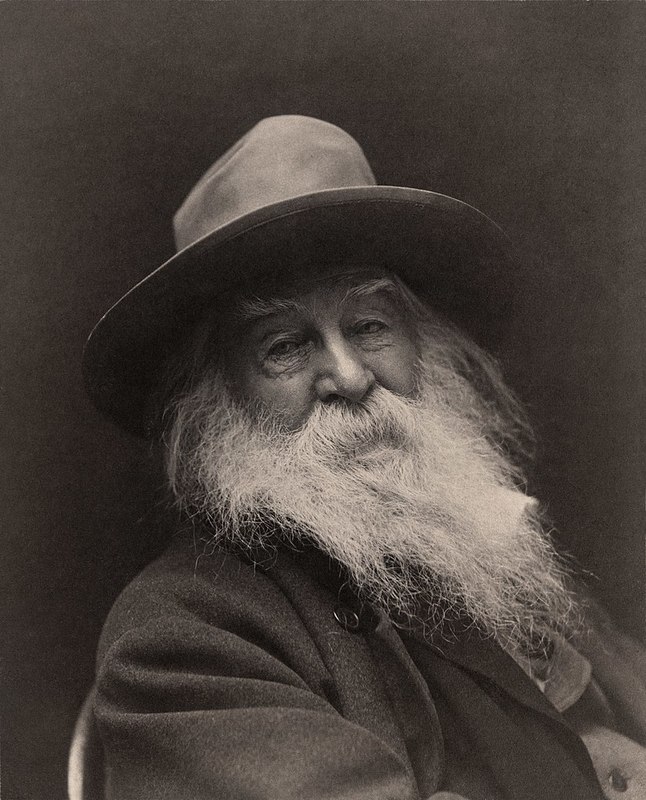 American poet Walt Whitman. This image was made in 1887 in New York, by photographer George C. Cox. The image is said to have been Whitman's favorite from the photo-session. Library of Congress.

The following year, Walt Whitman visited his friend John Burroughs at Slabsides in Ulster County, NY and was conveyed aboard the Mary Powell. He wrote about the trip in his letters, waxing eloquently about the scenic vistas. 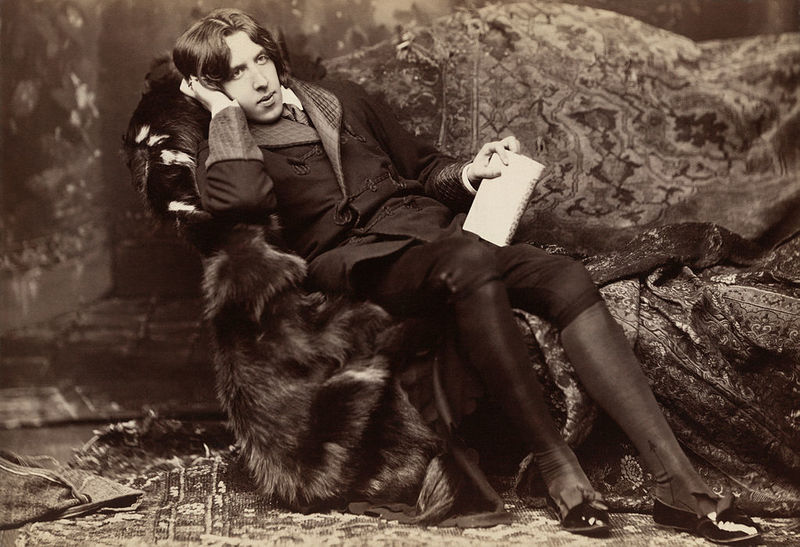 One of several photo portraits Oscar Wilde had taken in 1882 while in New York City. Library of Congress.

In 1882, English poet Oscar Wilde visited the United States for the first time, conducting a nearly year-long lecture tour. In the fall of 1882, he gave a number of lectures in the Catskills, almost certainly traveling aboard the Mary Powell a number of times, as she was the primary boat to Rondout, which was one of the main points of departure for the Catskill mountain houses, via the Ulster & Delaware Railroad.

Although other famous personages likely traveled on the Mary Powell throughout her long career, these are just a few of the passengers famous enough to make the local and national news.