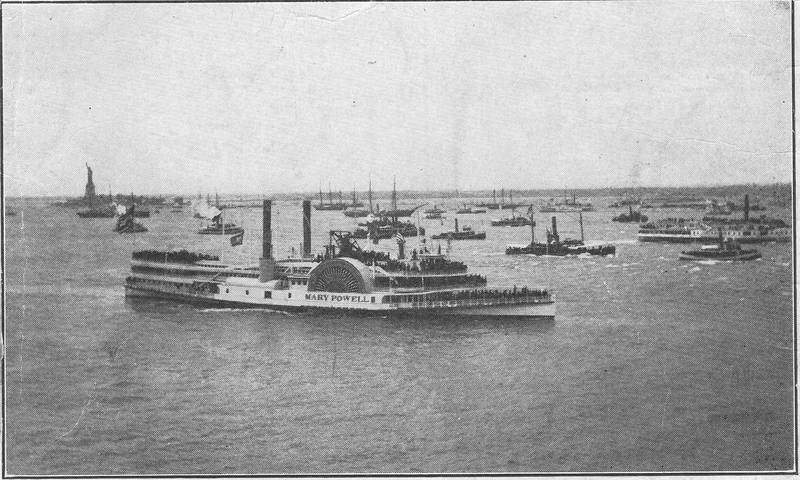 Mary Powell leading the Naval Merchant Parade on the occasion of the Unveiling of the Statue of Liberty, October 28, 1886. Hudson River Maritime Museum collection.

In addition to hosting famous passengers, the Mary Powell was also present at a number of notable events in American history.

On October 28, 1886, the Mary Powell served as the flag boat for the water parade held in conjunction with the unveiling of “Bartholdi’s Statue,” the “New Colossus” which would become known as the Statue of Liberty. Passengers could attend the unveiling with a special excursion tour aboard the Powell, as shown in this advertisement. The following year, perhaps inspired by the statue’s electric lighting, new captain A. Eltinge Anderson has electric lights installed on the Mary Powell. 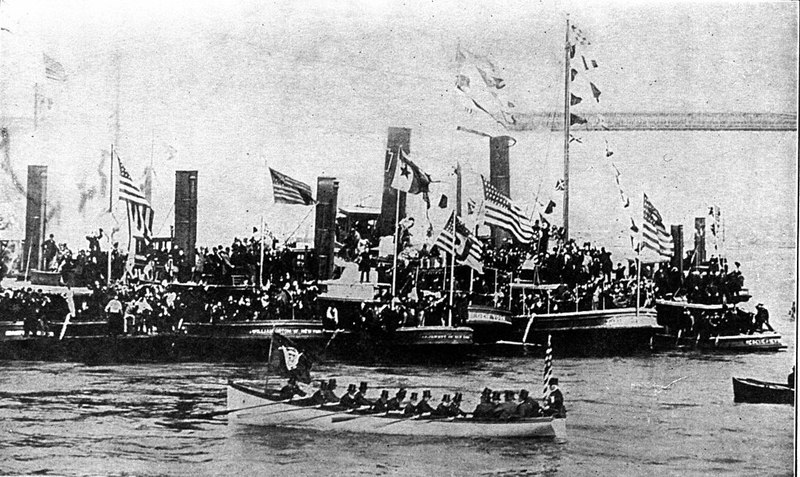 On April 29, 1889, New York City celebrated the centennial of President George Washington’s inauguration with an enormous public gala. Attended by President Benjamin Harrison, the Inaugural centennial drew thousands of people. The Mary Powell lead the naval parade for the gala. 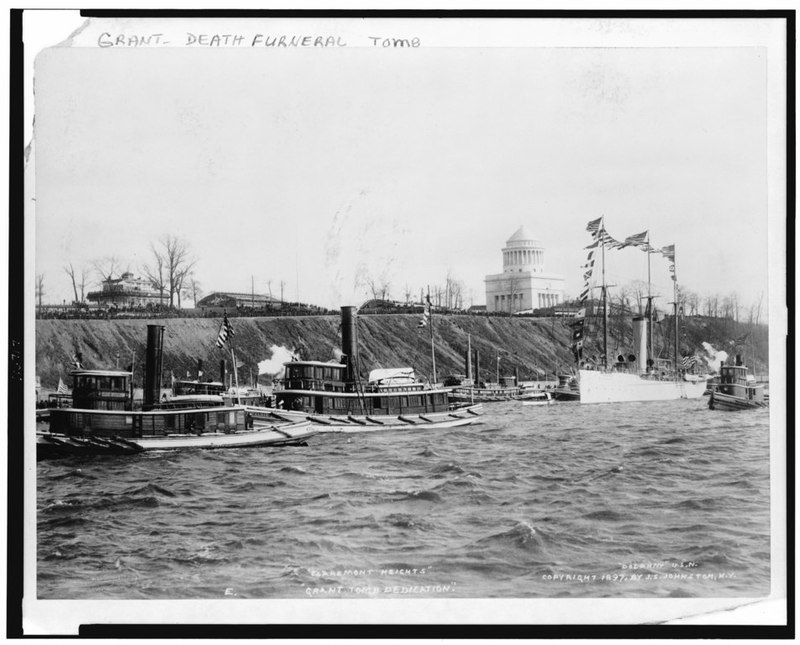 Some of the tugboats, steamboats, and warships assembled for the dedication of Grant's Tomb, 1897. Library of Congress.

She was also present on April 27, 1897 for the dedication of Grant’s Tomb, an enormous public mausoleum built on the shores of the Hudson. Ten years in the making, the tomb became an instant tourist landmark featured by steamboat companies. 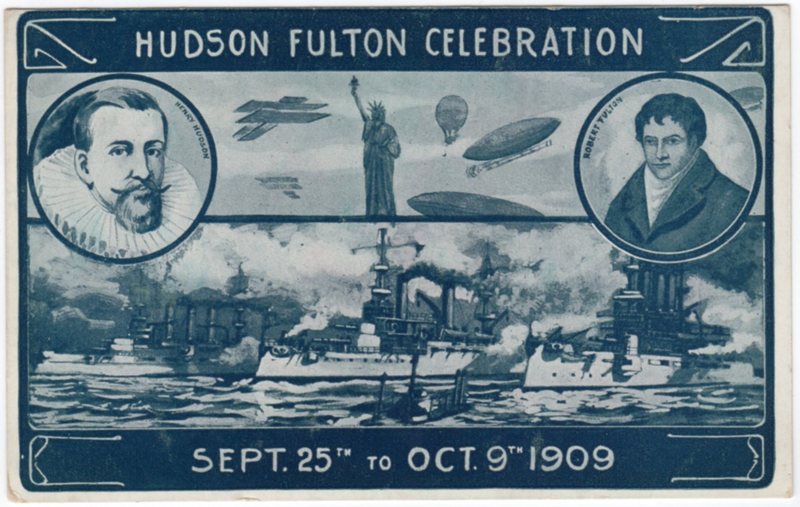 The turn of the 20th century brought fewer major events to New York and the Hudson River with one exception – the Hudson-Fulton Celebration of 1909. Between September 25 and October 9, 1909, New York City hosted the Hudson-Fulton Celebration, an enormous celebration of Henry Hudson, who came to the river in 1609, and Robert Fulton, whose original North River Steamboat first began to take passengers in 1807. The Celebration also emphasized American progress and highlighted New York City as the social and financial center of the country. Historical parades both on land and on water, fireworks, electric lighting of everything, a series of flights by Wilbur Wright, and a gathering of naval warships in New York Harbor were all part of the festivities.

On Wednesday, September 29, 1909, the Mary Powell took a public excursion down to New York Harbor to view the festivities, touting it as “a good opportunity to see the fleet of warships, the Half Moon, and Clermont.” It is likely that guests aboard the Mary Powell may have seen the flight of Wilbur Wright around the Statue of Liberty, which occurred that same day.

The Hudson-Fulton Celebration was one of the last of such events to take place in New York until the Armistice Day celebrations of World War I in 1918.