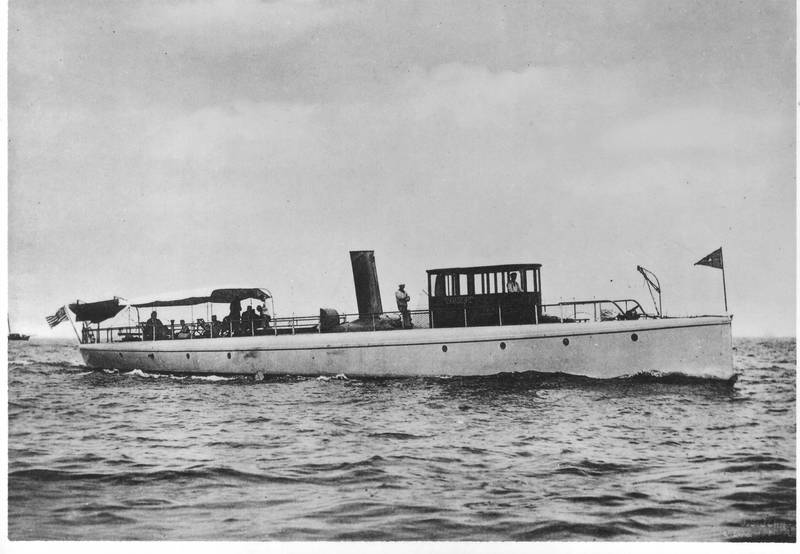 The final “race” against the Mary Powell was with another Herreshoff craft, in the fall of 1891. The steam yacht Vamoose, built by Herreshoff and owned by William Randolph Hearst, challenged the Mary Powell in the same manner as the others – racing the Powell while she was on her regular passenger route from New York City headed north. This time the Vamoose managed to not only pass the Mary Powell, but loop her, a feat no other vessel had every accomplished. She also raced a New York Central passenger train and the steamboat New York, although the New York stopped at Yonkers before the Vamoose could get ahead of her. Of the “race,” Captain A. Eltinge Anderson said, “We were only going along at our regular speed and made no effort to crowd her.” Still, the Mary Powell made her next landing 10 minutes ahead of schedule, likely due to a favorable tide.

Perhaps Captain Anderson knew that the Mary Powell was bound to be beaten eventually, or perhaps he was sick of all the challenges. Regardless, the Mary Powell never officially raced another steamboat of similar size, but her fastest times in the passenger trade remained unbeaten. The advances in propeller technology did change the industry, and the days of the sidewheel steamboats were shrinking in number.