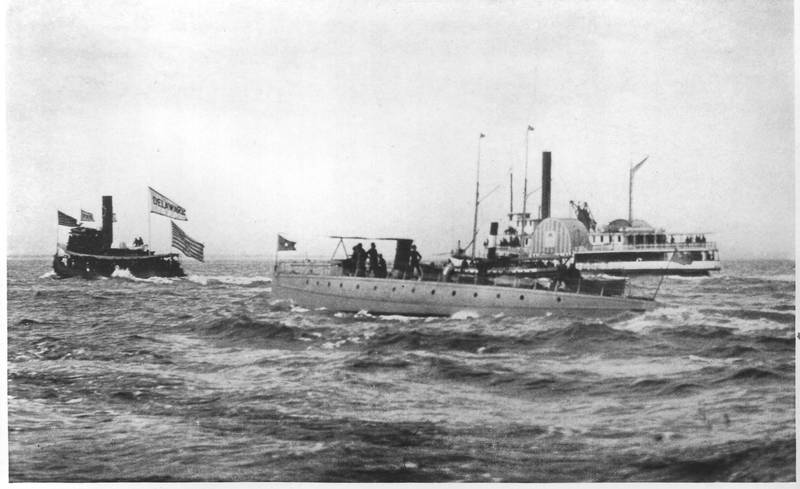 In late May of 1885, a new boat came to New York Harbor. It was an odd little thing – 90 feet at the water line, but only eleven feet wide. The brainchild of John Brown Herreshoff – the “blind boatbuilder of Bristol, Rhode Island” – she would later be used by the U.S. Navy as a torpedo boat. But in the meantime, she was in New York and looking to make a name for herself. Herreshoff had supposedly challenged Captain Anderson and the Mary Powell to a 30 mile race on the Hudson River, and on May 30, she did just that. Waiting for the Mary Powell as she left her New York City pier and headed upriver, the Stiletto came abreast of the Powell at Thirty-Seventh Street and then proceeded to race her to Sing Sing Prison in Ossining, NY. She arrived five minutes and two miles ahead of the Powell. Whether or not the crew of the Mary Powell were aware of the race is not clear. Some newspapers claim that Pilot Hiram Briggs urged the engineers to put on speed.

But Captain Anderson himself later weighed in, saying the crew was not aware that they were racing anyone, and claiming that the Stiletto could not beat the Powell and gave up.

The story went “viral” and made headlines across the country. But Herreshoff wasn’t done.