Tragedy of the Commons

As New York State and the nation grew throughout the nineteenth century, the exploitation of natural resources continued. Coined in the 1830s by economist William Forster Lloyd of England, the phrase “tragedy of the commons” was used to describe the overgrazing of lands held in common. Today, it is applied to the misuse of public natural resources for personal gain. The “tragedy” is that when resources are not protected or regulated, the exploited to the brink of destruction. This was happening with America’s forests, minerals, and waterways. The maps below illustrate the impact of logging and deforestation on the nation’s forests from 1620 to 1926. America’s seemingly boundless abundance was quickly being destroyed. 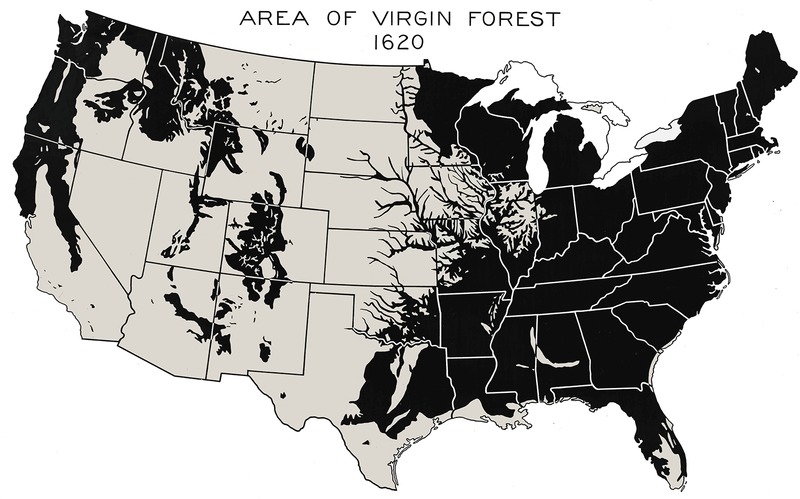 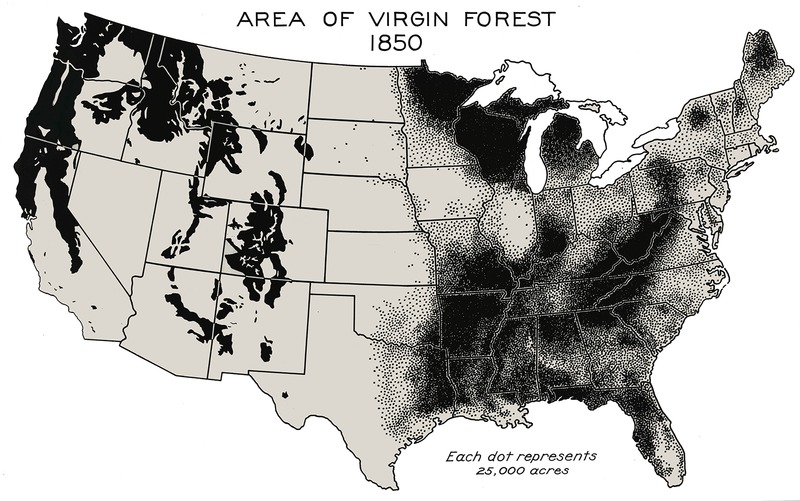 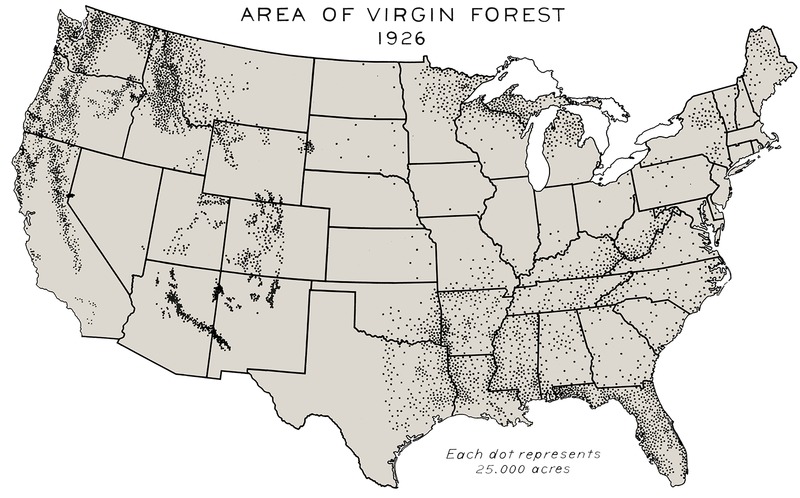 As cities grew, so did pollution. The biggest danger to cities like New York was disease. Waterborne diseases like typhoid fever, cholera, and dysentery could and often did spread like wildfire and bring a city to its knees. New York City frequently experienced deadly disease outbreaks. Two large cholera epidemics, one in 1832 and another in 1849, killed over 5,000 people. In 1854, scientists discovered that contaminated water caused diseases like cholera.

These outbreaks spurred interest in the construction of sewer systems in the city. Between 1850 and 1855, the city installed sewer pipes running nearly 70 miles all told. These pipes carried effluent away from the city, but did nothing to treat the waste, instead dumping it directly into the Hudson and New York Harbor.

The Croton Aqueduct, which brought clean drinking water into New York City starting in 1842, helped alleviate some of these outbreaks. Bringing fresh water from the Croton River in Westchester County, the aqueduct was an engineering marvel that helped New York City expand. It remained in service until 1955. 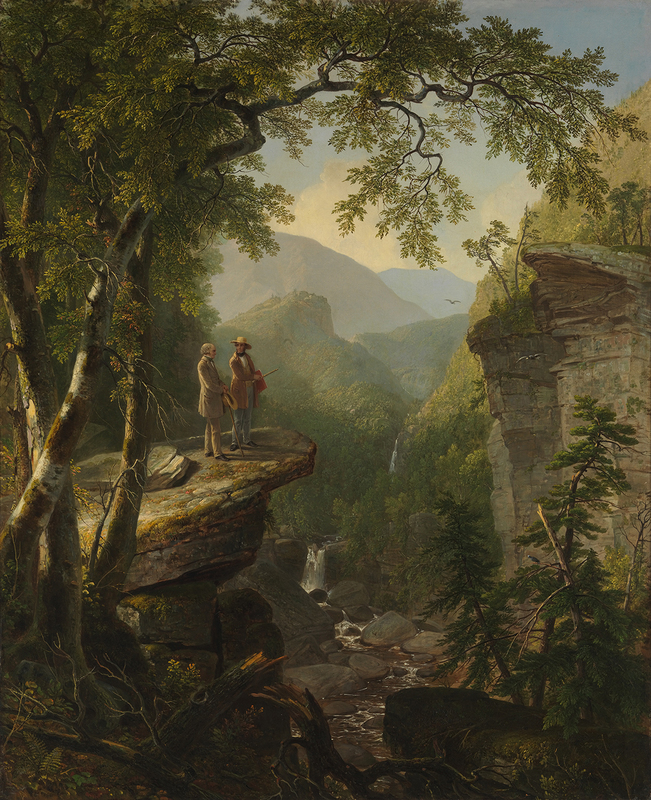 "Kindred Spirits," Asher B. Durand, 1849. This painting shows Thomas Cole and William Cullen Bryant standing above a gorge in the Catskills. Crystal Bridges Museum of Art. 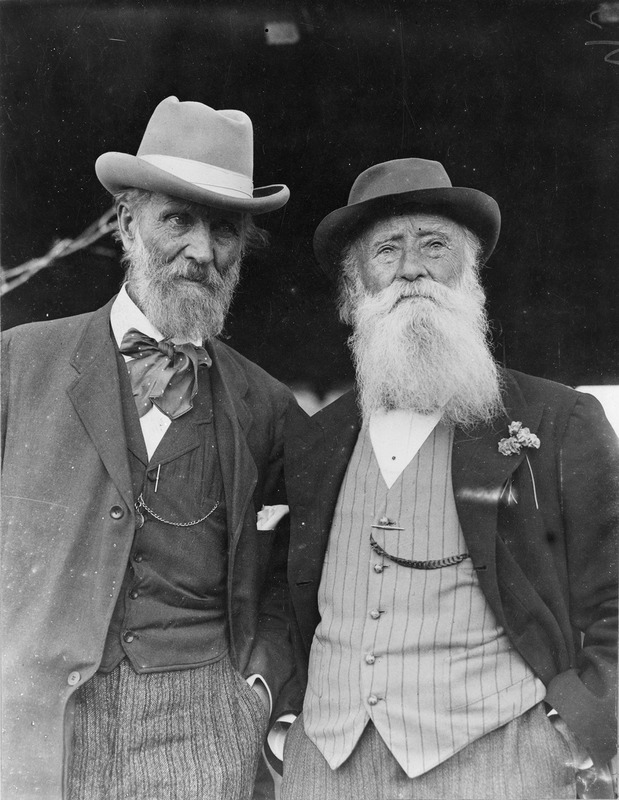 By the 1890s, New York State was concerned about deforestation in the Adirondack and Catskill Mountains. Denuded by tanneries stripping hemlock tree of their bark for tannic acid, some thought the Catskills were not worth saving, but the legislature set aside state forest lands in both regions. These wild lands were enshrined in the New York State Constitution in 1894. Former New York governor Theodore Roosevelt went on to create national parks as President. Through executive order, he shifted hundreds of acres of federally owned lands to national wildlife refuges. He also created the United States Forest Service and established 150 national forests, 5 national parks, and 18 national monuments, among other projects. In seven years (1902-1909), Roosevelt protected around 230 million acres of land. 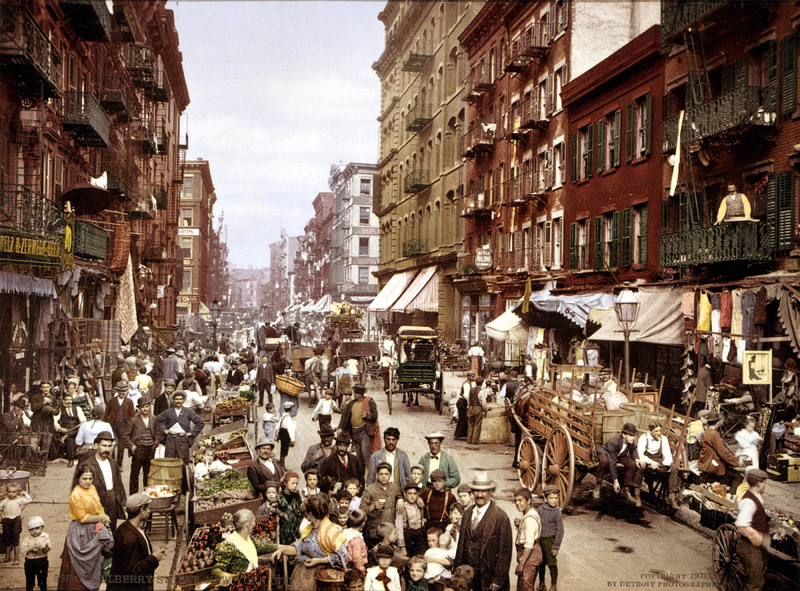 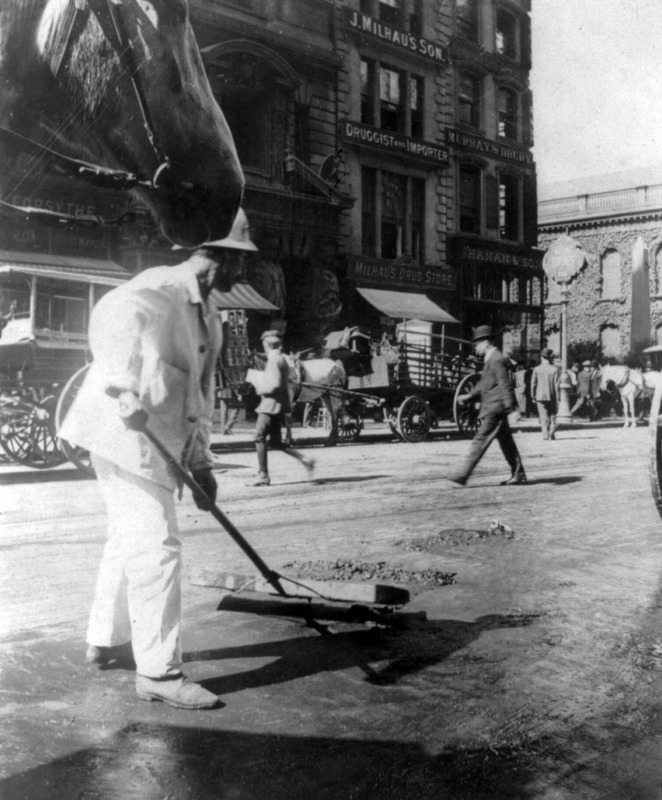 New York City was among the first cities in the nation to embrace sanitation. During the Progressive Era, sanitation workers were deployed to clean up horse manure and garbage from the streets to help prevent the spread of disease. By the 1890s New York City was struggling with sewage pollution in New York Harbor. In 1903 it installed a sewage treatment plant at Jamaica in Queens, the first of what would ultimately be 14 plants around the City.