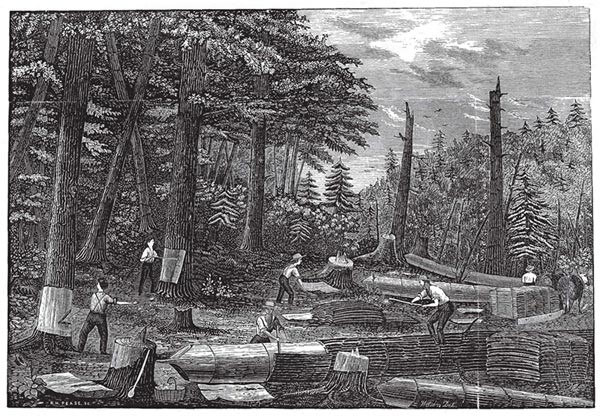 Tanneries were a vital part of the growing American leather industry of the 19th century. The Catskill Mountains were home to dozens of tanneries from the early 1800s to the 1860s. While the tanneries were responsible for an economic boom in the region, they also left a mark on the environment which is still visible today. The most devastating aspect of the business was the harvesting of hemlock trees. Their bark contained tannins which was used in the chemical process of tanning raw animal hides to make leather. The end of the Civil War saw the end of the extensive tanning industry as demand dropped precipitously. The tanning businesses went away, but the damage to the environment remained. Some early forms of environmentalism came from hunters and fishers in the region who came together to clean creeks that had been polluted by tannery sludge. The eroded land was later bought by New York state and it became the Catskill Forest Preserve. Nowadays the preserve is a diverse environment of flora and fauna thanks to the conservation efforts. 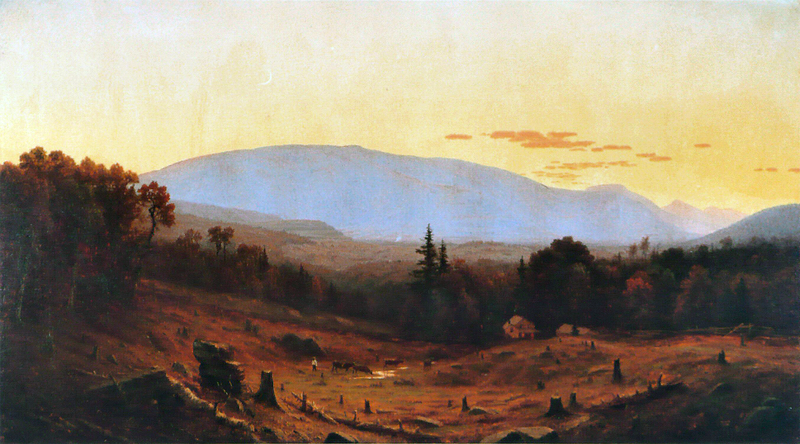 "A Sketch of Hunter Mountain, Twilight" by Sanford Gifford, 1861. Note the downed trees in the foreground.

When the hemlock trees were cut down, they were stripped of their bark and the trunks left to rot where they fell. An estimated 70 million hemlocks were cut down by the tanning industry during its heyday. The harvesting killed wildlife and destroyed habitats, and the lack of trees resulted in soil erosion. The Catskill forests were so damaged that when it came time to make the whole region a protected area, many state legislators doubted if the land could be saved.

The Hudson River watershed was also polluted as tannic acid and other leftover chemicals were dumped into creeks and streams, killing wildlife and plants.