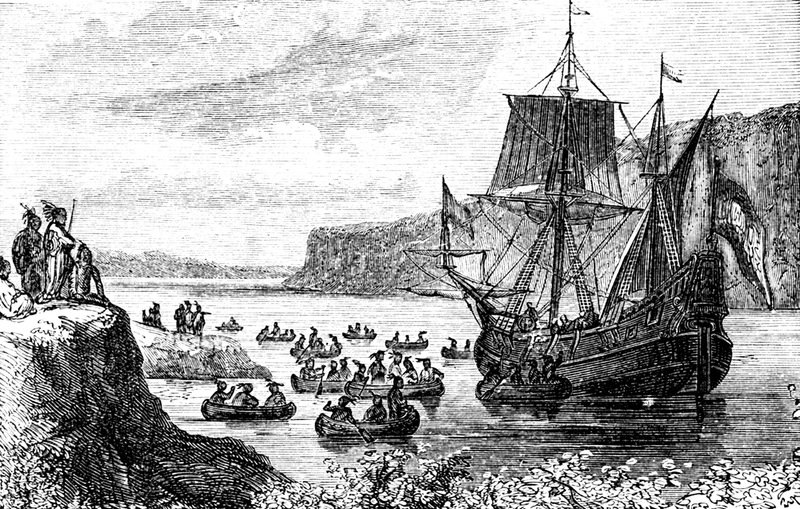 The Hudson River played an important role in the history of environmental activism in the United States. Since the beginnings of human settlement, it served as a water highway and important source of food. When Europeans arrived, the use of water and land began to change.

For most indigenous people, humans were a part of nature, acting within the natural world and in close contact with the plants, animals, and land that surrounded them. In European thought, humans were apart from nature - exerting domination over it by clearing forests, building cities, and domesticating plants and animals. This attitude was evident in Henry Hudson’s observations about the river’s resources.

"It is as pleasant a land as one need tread upon; very abundant in all kind of timber suitable for shipbuilding, and for making large casks or vats. The people had copper tobbaco pipes, from which I inferred that copper might naturally exist there, and iron likewise according to the testimony of the natives, who, however, do not understand preparing it for use."

As New York entered the Industrial age at the turn of the nineteenth century, new threats to the health of the river and the people and wildlife who depended on it arose. Water and air pollution became problems as people and industries crowded into the Hudson Valley. 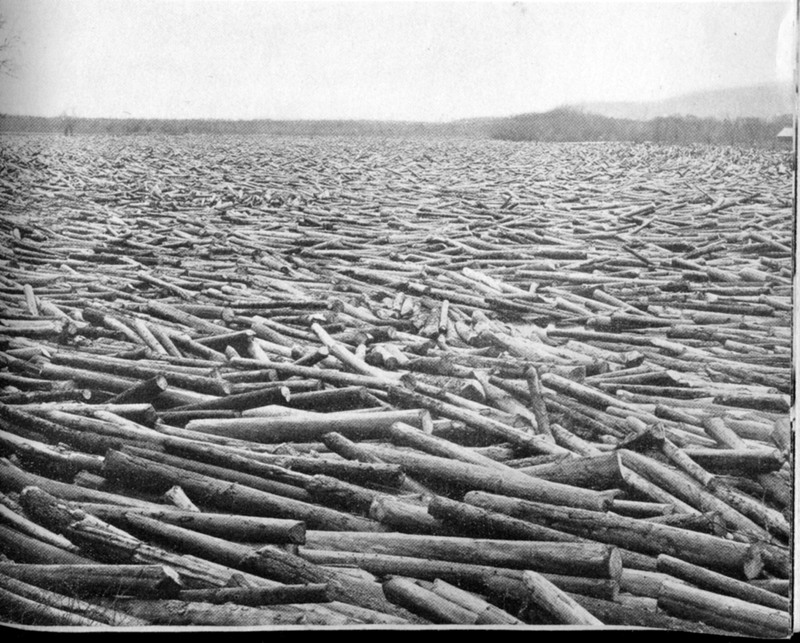 "Log jam on the Upper Hudson," from The Hudson: A Natural and Unnatural History by Robert Boyle. Hudson River Maritime Museum collection.

The demand for wood for fuel, charcoal, and building materials, turned ancient forests into bare fields and hillsides. An 1817 newspaper article lauding the prospect of the Champlain Canal spoke of forests “totally denuded” in the Albany area, and how access to northern timber would help spur development in the state. Ecologists believe that the rapid destruction of forests along the Hudson’s watershed contributed greatly to both the silty nature of the river and the formation of shifting sandbars and islands along the upper Hudson. 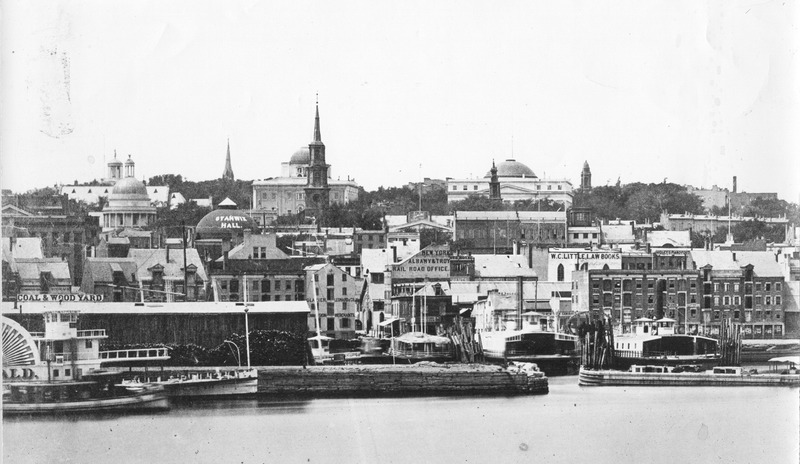 In the early 1800s, more and more people started moving into towns and cities. With so many people concentrated in small areas, demand for natural resources grew, as did water pollution. Before plumbing and water treatment facilities, polluted waterways throughout New York gave rise to waterborne diseases like cholera, dysentery, and typhoid fever. 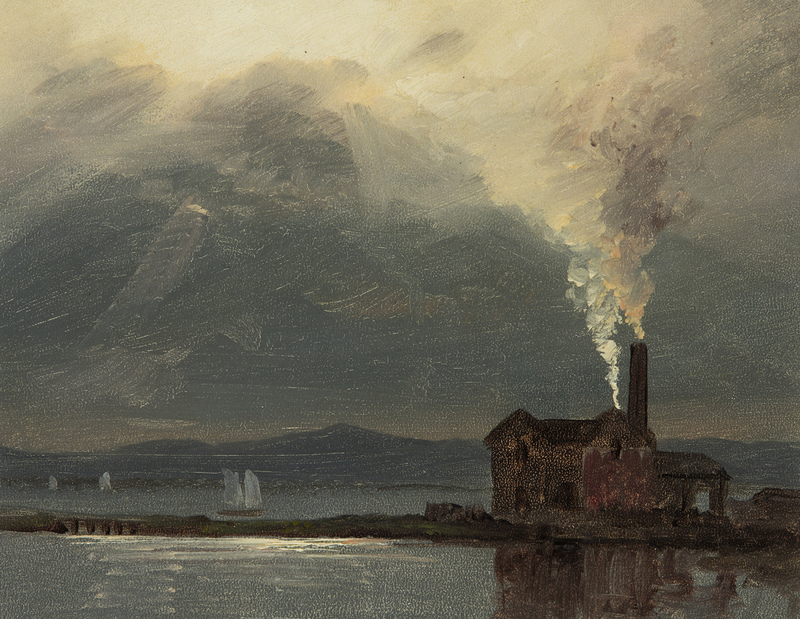 The Hudson River was at the heart of America’s steam power revolution, and factories sprang up along its banks throughout the nineteenth century. Forges and smelting plants provided iron, steel, and tin needed by citizens and industries alike. Tanneries, textile mills, and dye houses lined the Hudson’s tributaries, spewing chemicals and wastes into streams and rivers. Slaughterhouses and related candle and soap factories also contributed pollution to the air and waterways. 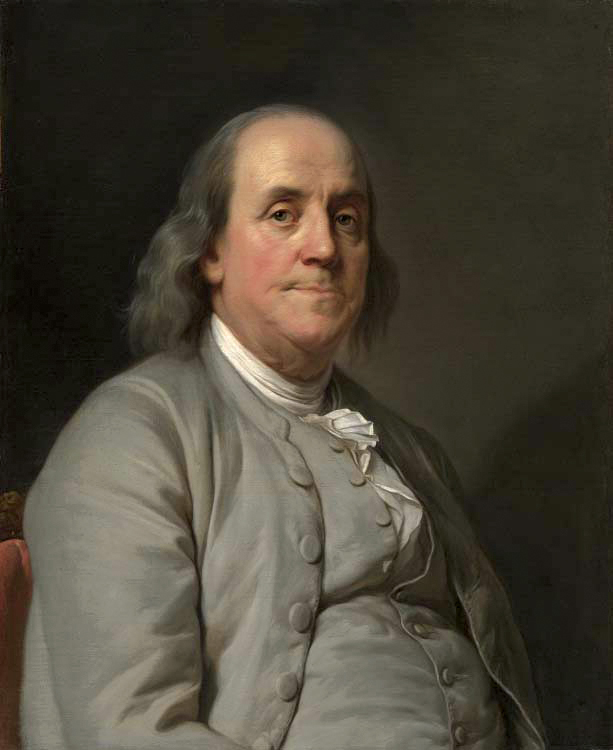 The first legal case in American environmental history was won in 1739, when Benjamin Franklin petitioned the Pennsylvania Assembly to stop local tanneries from dumping waste into public water supplies. Although Franklin won his case, the legal ruling was not enforced, and the pollution continued. Franklin continued to fight for clean water and when he died he left funds to construct a public water source for Philadelphia. 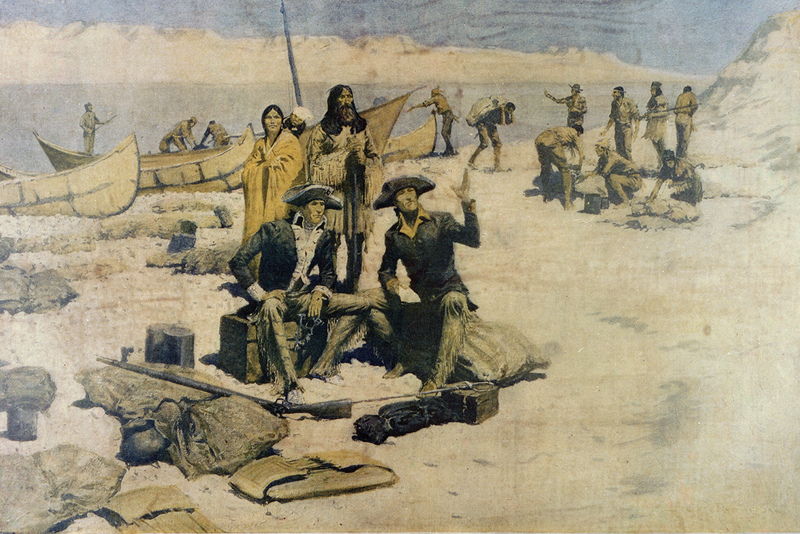 "Lewis and Clark on the Columbian River" by Frederic Remington, 1906. Library of Congress

In 1804, President Thomas Jefferson sent Lewis and Clark to explore the continent. Americans were becoming more curious about the natural world. Jefferson believed that the exceptional landscape and resources of the new United States were proof of its exceptional role in the world. By the middle of the century, people like John James Audubon and Henry David Thoreau were influencing the public’s interest in wilderness, and Americans started spending more time in nature. 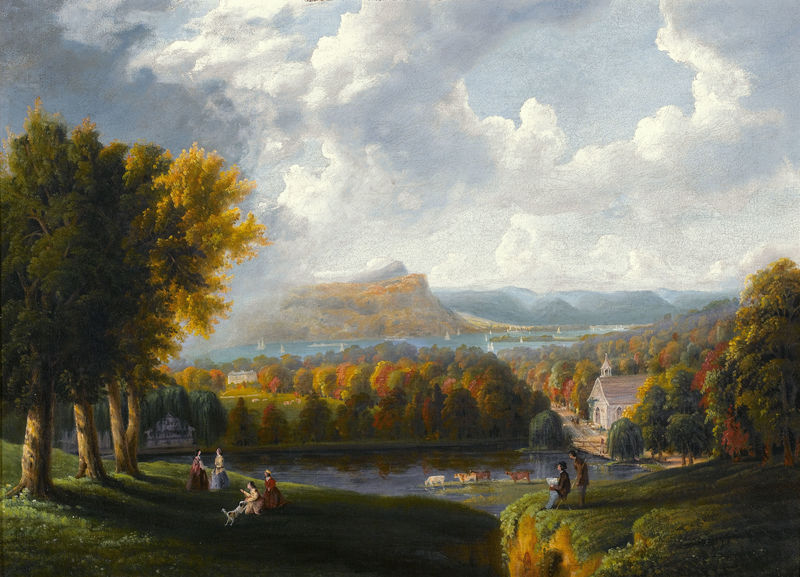 The rise of the Romantic Movement in the early 1800s inspired a new generation of writers, artists, and thinkers to look at nature as sublimely beautiful and awesome in power. In part a reaction to the scientific order of the Enlightenment, Romanticism valued emotion and individuality. The Hudson River School of Art, widely believed to have begun with Catskills resident Thomas Cole in the 1820s, was inspired by the Romantic Movement. Many of the works of art produced by the Hudson River School artists depicted the Hudson River Valley itself, with dramatic landscapes juxtaposed with tiny human figures or other hallmarks of civilization. The Hudson River School and Romantic movements were also a reaction to industrialization. In fact, by the time many artists were painting in the mid-nineteenth century, much of the wilderness in the Hudson Valley was in danger of disappearing.