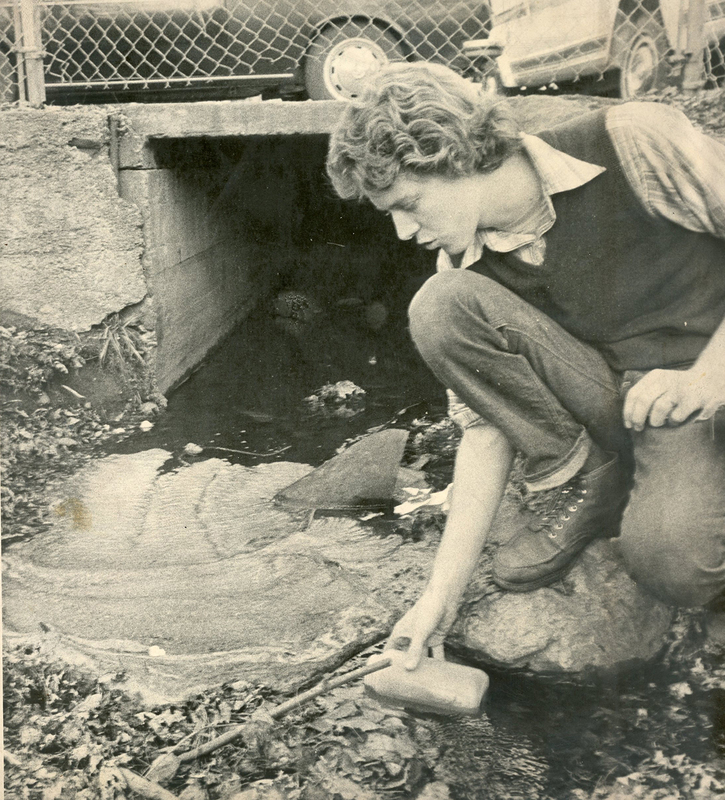 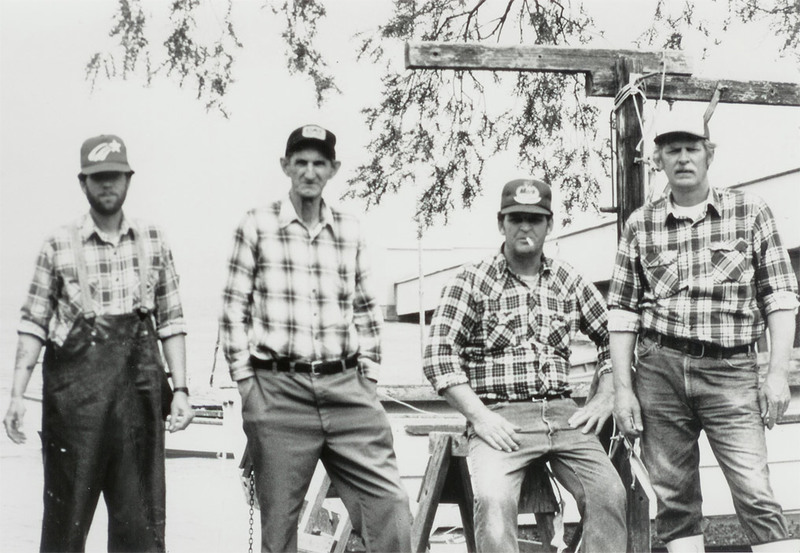 The People’s Pipewatch program struggled to find funding. Eventually, it was rolled under the umbrella of the Hudson River Sloop Clearwater, where Tom Whyatt became environmental director after his tenure as river keeper. Spending the summer of 1974 walking tributaries, John Cronin and Karin Limburg found 47 polluters on just five miles of Fishkill Creek in Beacon. After that summer, Cronin quit his job as a legislative aide and decided to learn commercial fishing with help from the DeGroat family and Bob Boyle. In 1983, with the Pipewatch program underfunded and underutilized, Bob Boyle decided to start again. He asked John Cronin to be the second Riverkeeper. But this time, instead of the tough and dirty work of combing the shore, the Riverkeeper would patrol afloat. 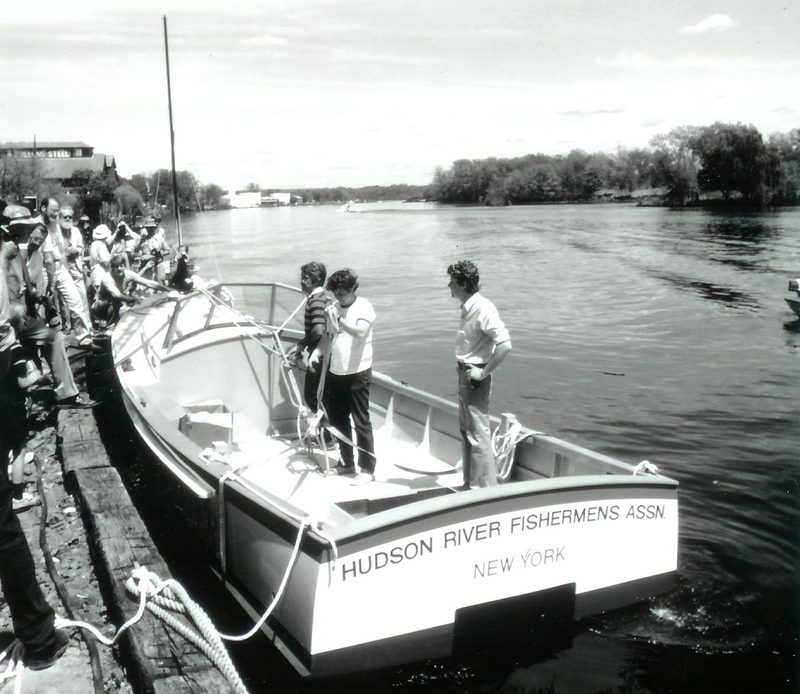 Completed and launched in 1983 at the Hudson River Maritime Museum in Kingston, the first Riverkeeper boat was custom-made by shipwright Andre Mele. It had to be lightweight and manoeuverable with a shallow draft.

Almost immediately the boat and its mission began to garner media attention. The New York Times published an article before the boat was even completed, and soon calls began pouring in from people all up and down the Hudson. Frustrated by the lack of enforcement from government agencies, the Hudson Riverkeeper provided Hudson Valley residents an outlet to report all the pollution they were observing. 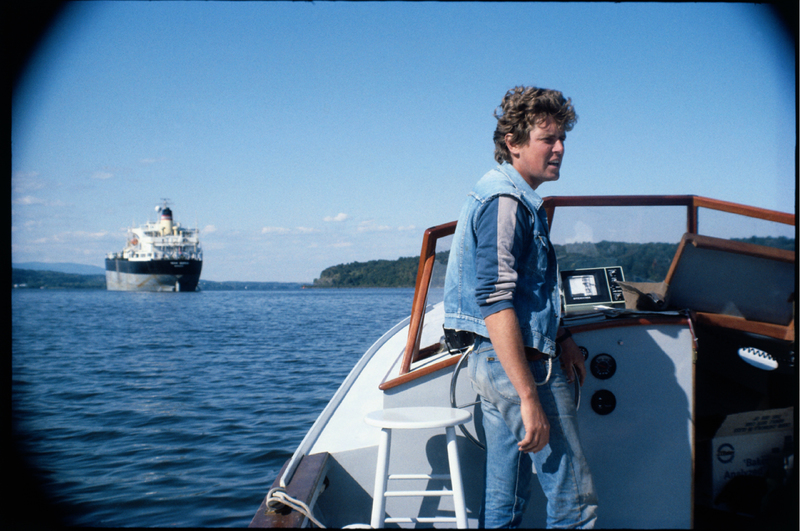 Riverkeeper John Cronin, aboard the first Riverkeeper boat, with an oil tanker in the background, 1983. Photo by Don Rice. Riverkeeper

On his first official patrol day, Cronin was accompanied by an NBC news crew and they went in search of oil tankers. Riverkeeper had gotten reports that oil tankers were discharging dirty bilge water into the river. Sure enough, they found one off of Hyde Park - an Exxon Mobil tanker discharging oily bilge right into the Hudson.

Exxon tankers frequently anchored off of Port Ewen, quite close to its water supply intake pipes, and would mysteriously sink lower and lower in the water before leaving. It turned out that Exxon Mobil oil tankers, most of them already empty when they entered the river, were embroiled in a scheme to dump their polluted bilges and take up fresh Hudson River water for sale in water-scarce Aruba. With help from local commercial fisherman Frank Parslow, Riverkeeper and the U.S. Attorney Susan Campbell wre able to prove that Exxon was violating the Refuse Act and the Clean Water Act. The riverkeepers won and Exxon paid out $1.5 million. $500,000 went to the Hudson River Fishermen’s Association, and the rest to the Hudson River Improvement Fund, whose very first project was to upgrade Port Ewen’s drinking water plant. 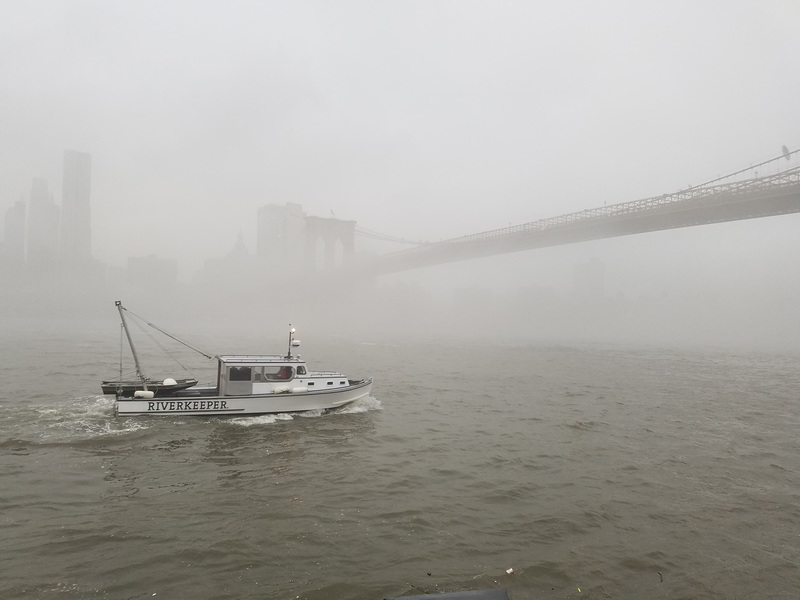 The second patrol boat, the R. Ian Fletcher, sailing under the Brooklyn Bridge in the early morning fog. Photo by Kenny Carlson, Riverkeeper.

That victory was the first of many for Riverkeeper, as they went after industries for chemical pollution and municipalities for sewage pollution. Each step of the way, ordinary people helped with reporting and enforcement. Joe Augustine helped Riverkeeper clean up Quassaick Creek in Newburgh. Pace University’s School of Law sent legal interns to help Riverkeeper prosecute cases under the direction of Robert F. Kennedy, Jr. - Riverkeeper’s Chief Prosecuting Attorney. Residents of New York City lobbied to clean up their drinking water. And other groups, like Clearwater and Scenic Hudson, worked together with Riverkeeper to enforce laws and go after polluters.

In 1986, the Hudson River Fishermen’s Association and Riverkeeper merged under the Riverkeeper name. By the 1990s, the Riverkeeper model was spreading across the country and in 1992 the National Alliance of River, Sound, and Baykeepers was established (renamed The Waterkeeper Alliance in 1999).

In 2000, John Lipscomb became the first full-time Riverkeeper aboard the second patrol boat - the R. Ian Fletcher. In the intervening years, Riverkeeper has expanded its patrol into the Mohawk River Valley and started a “citizen scientist” program where ordinary people collect water samples for testing throughout the Hudson and Mohawk River watersheds.