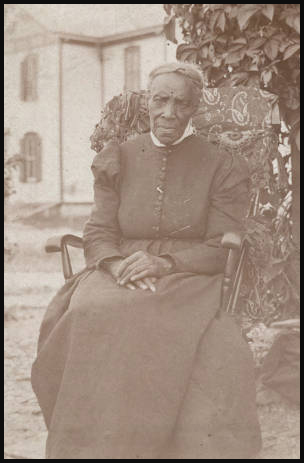 Born just a few years after the Gradual Manumission Law was passed in 1799, Julia Jackson, endearingly called Aunt Judy, spent the first 25 years of her life being bought and sold by local Ulster County landowners. She was separated from her mother by the time she was two or three, sold and then given as a "wedding gift" by the time she was eleven. The exact date of her freedom is unknown, but according to the Gradual Manumission Act, she would have been freed by the age of 25. Judy and her husband Thomas appear on most censuses taken between 1845 and 1880, but her date of birth varies between 1800 and 1812. Her obituary lists her age in 1898 as 98. Every census listing states that neither Judy or her husband could read or write.