The Missing Chapter: Untold Stories of the African American Presence in the Mid-Hudson Valley 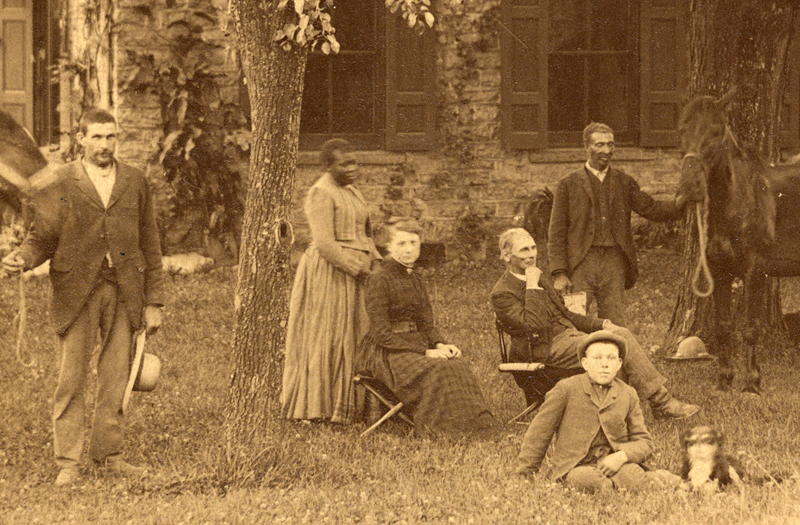 "The black-white rift stands at the very center of American history. It is the great challenge to which all our deepest aspirations to freedom must rise. If we forget the great stain of slavery that stands at the heart of our country, our history, our experiment-we forget who we are, and we make the great rift deeper and wider."

Although the predominant perception of early African Americans in the United States tends to conjure up images of a shackled existence on Southern plantations, the story of the African American presence in Hudson Valley history remains comparatively untold. Just as countless black hands worked the red clay fields of Southern farms, so too did African slaves churn the rich, fertile soils of the New York flats. It remains a hypocrisy in our condemnation of slavery in the South, that we too built our society on the backs of a subjugated people. While New York played a major role in the trading of coffee, sugar, and tobacco, our state also played a crucial role in the trafficking of human life.

It is our obligation and our goal to illuminate the roots of the African American presence in the Mid-Hudson Valley, and to reveal the realities of the critical but subservient role African Americans played in colonial and antebellum society in this region. Through Photographs, Bills of Sale, Last Will and Testaments, Inventories, Vendues, Runaway Slave Notices, Court Cases, Slave Law Codes, Journals, Ledgers, and Correspondences, we can gain a deeper understanding of Slavery in New York in general and of the experiences and fates of specific African Americans. As part of the missing chapter in the book of the African American experience, the stories told here provide a glimpse of the collective heritage some of us seek to find, and that none of us should ever forget.

The staff at Southeastern would especially like to acknowledge Susan Stessin Cohn. This project was only possible because of her passion and the total dedication shown as she researched every person and story told in The Missing Chapter. She literally followed every lead until she found the primary sources to support these previously untold stories. Her enthusiasm captivated countless others who contributed time and talents to this project.