The Ledger of Ann DeWitt Bevier

Ann DeWitt Bevier was born and lived her life in upstate New York, moving from Dutchess County, New York across the Hudson River to the town of Rochester with her marriage to a Revolutionary War commander, Philip DuBois Bevier. With her husband's death, the thirty-nine year-old Bevier was thrust into the role of financial provider for her family and began keeping detailed records of her business transactions. Her surviving account book spans from the date of the death of her husband of almost twenty years in 1802, through 1812, with the majority of the entries falling within the first three years of this period. Bevier's account of these years shows that she was part of a network of farmers, laborers, and small business owners who exchanged goods, services, and currency in the flourishing economy of the largely agricultural Ulster County in the first decades of the United States. Bevier's apparent competency as a businesswoman is impressive and not altogether unique for early American widows. Her account book demonstrates how Bevier provided for her eight children, the sheer number of transactions and characters she was able to keep track of, as well as the social conditions and economic conditions of her time and place.

Bevier's red marble-covered account book measures fifteen inches high and six inches across. The oversized book's pages are in remarkably good condition; and little of her writing has faded. The biggest obstacle to reading her entries is deciphering her handwriting at times. In the middle of the inside of the left cover is a label that reads, "Bound by Peter A. Mesier, No. 107, Pearl-Street, New York, who has for sale, an assortment of books and stationary." In the middle of the opposite page is written, in a strong, elegant hand, "Ann Bevier's (Executrix of the Last Will and Testament of Philip D. Bevier, deceased) -Account Book-." Turning over this title page, readers are thrust into the early nineteenth century world of an Ulster County, New York businesswoman and mother.

*A Note on the monetary units used in Bevier's account book and this paper:

Ann Bevier used both English and American currency to conduct her transactions. The standard format of her records was a brief description of the transaction followed by the amount taken in or paid out in a pounds (L)-shillings(s)-pence (p) 'format. Some entries, however, were recorded in dollars, such as several line items in the "Cash Received" columns for 1804 and 1805, and her record for the room and board and tuition fees for her son's and daughters "schooling in Connecticut." 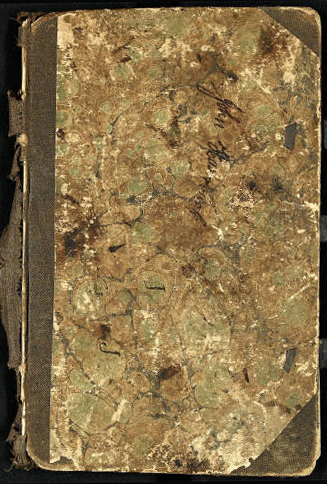 The Ledger of John Hasbrouck

John Hasbrouck (1806-1879) was born a "statuatory slave" to Jacob J. Hasbrouck, a wealthy New Paltz landowner. Although not legally considered a slave, he was listed in Jacob J.'s inventory along with his mother at a price of $125, illustrating the ambiguous nature of servitude, and that in practice a servant was very often not much different than a slave. After the death of Jacob, in 1806, John was inherited by Jacob's son Josiah. In 1811, Josiah Hasbrouck built Locust Lawn, a small mansion located south of the town of New Paltz.

John was freed some time between 1820 and 1830 as evidenced by his account book, which documents the labor he provided, and the compensation he received in return. John is credited as being the first African American in New Paltz that earned the right to vote.

← The Buying and Selling of Enslaved Individuals
Manumission →
Ledgers