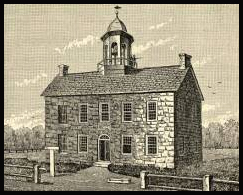 Court cases, legal documents, and laws can be useful in gaining better understanding of the daily lives and experiences of early Americans, as well as enslaved Africans specifically. Consistent with their status as a subjugated race, enslaved Africans were governed by rules and regulations separate from the rest of society. As seen in various court cases, slaves were often subject to laws and punishments those with a lighter complexion could escape. Juxtaposed to a case in which a Black slave was often convicted and whipped for a crime, is found a similar if not identical infraction perpetrated by a white citizen whose punishment pales in comparison. Further, it is also important to note that enslavers were often fined for crimes their slaves committed, consistent with the supposition that Blacks knew no better, and their enslavers needed to be responsible for their good or bad behavior.