The World Got Smaller 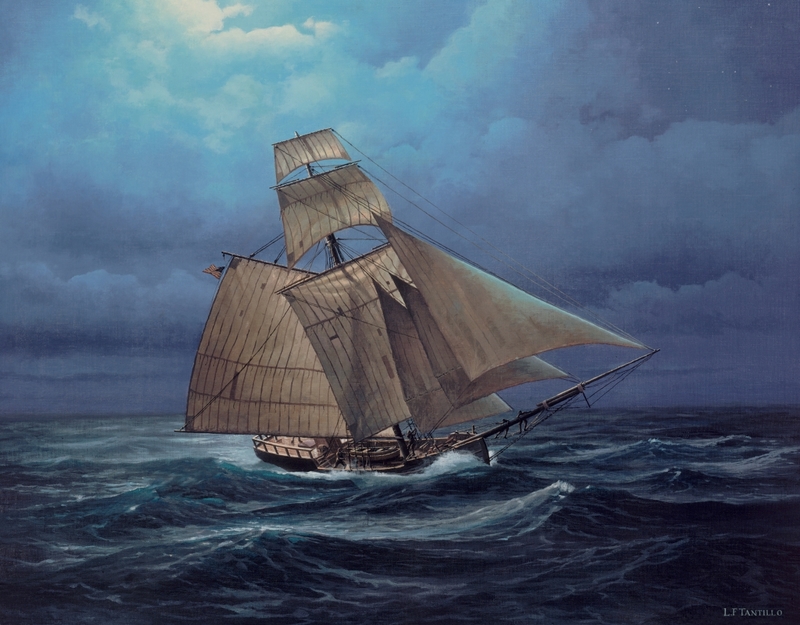 “Voyage of the Experiment,” by Len Tantillo.

In December of 1785, Stewart Dean sailed the sloop Experiment out of New York City, bound for China. The previous year, the celebrated Empress of China returned to the newborn United States, the first American ship allowed to trade with the Qing Empire. She returned fabulously wealthy, having offloaded a huge cargo of American ginseng to an eager Chinese market. Inspired, Dean set off from Albany in the considerably smaller sloop Experiment which he had recently built (just a quarter of the size of the Empress). 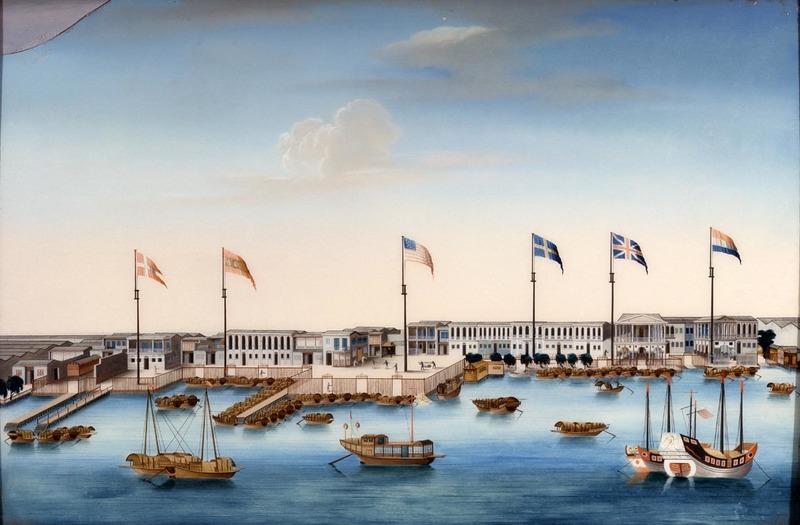 Canton Harbor and Factories with Foreign Flags, c. 1805. In Canton harbor, only the nations with flags flying were allowed to trade with the factors of the Qing Empire. Here, the Danish, Spanish, American, Swedish, British, and Dutch flags are flying. Peabody Essex Museum.

Having made the 13,000 mile journey around the Cape of Good Hope and across the Indian Ocean, Dean and his crew of seven men and two boys arrived in Canton. Unfortunately for them, the Qing Empire levied the same harbor fee regardless of vessel size. The Experiment looked tiny next to the enormous square-rigged ships sent by Europeans. She was only the second US ship to trade with China, and managed to recoup her investments, but without the fabulous wealth of the Empress of China. When Dean and his Experiment returned to New York two years later, nearly the entire population of Albany turned out to greet him. Although Dean continued to trade with China, the Experiment stayed home.

"Return of the Experiment" by Len Tantillo.

The Experiment sailed during the height of the Golden Age of Sail, which began in the 1400s and reshaped the globe. By the time Stewart Dean was on his way to China, sailing vessels had brought trade and colonization to every corner of the world. For the first time, we had a global economy, and imported goods became part of everyday life. Dean left with furs, turpentine, Spanish gold, and Madeira. He returned with tea, cotton cloth, and fine china. 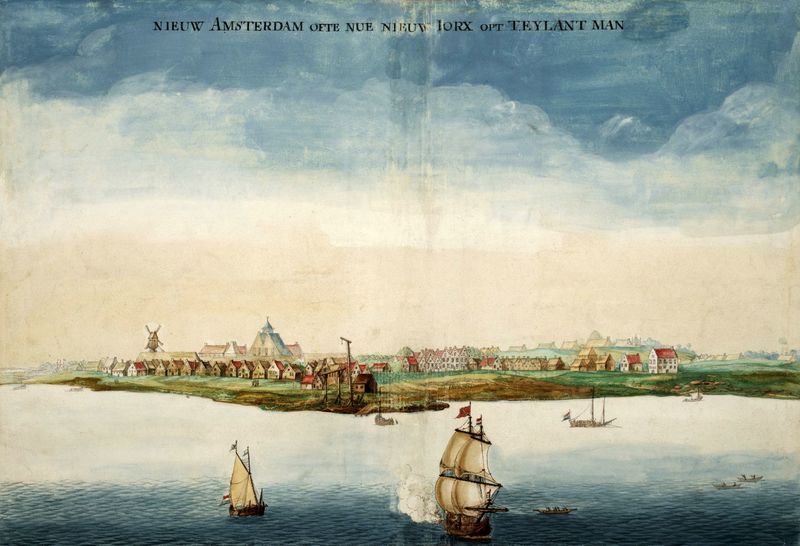 “Gezicht op Nieuw Amsterdam,” by Johannes Vingboons, 1664. An early painting of Nieuw Amsterdam made in the year when it was conquered by the English under Richard Nicolls. Geheugen van Nederland (Memory of The Netherlands).

Both the Empress of China and the Experiment had left from New York. With abundant deep water ports and tributaries, plenty of ancient trees to cut for timber, and relatively easy sailing thanks to its tides, the Hudson River Valley was a popular place during the Golden Age of Sail. Starting in the 1600s, European settlements sprang up along its shores to exploit the region's natural resources - furs, timber, stone, fish, and rich farmland.

Sailing vessels connected these otherwise isolated communities. Specially developed Hudson River sloops - descendants of Dutch sloeps - crowded the river and its waterfronts. Two- and three-masted schooners, suitable for sailing along the Atlantic coast, joined them. The island city of New York enjoys one of the best natural harbors in the world, and by the late 1700s was booming - all through the power of sail.