The Technology That Changed the World 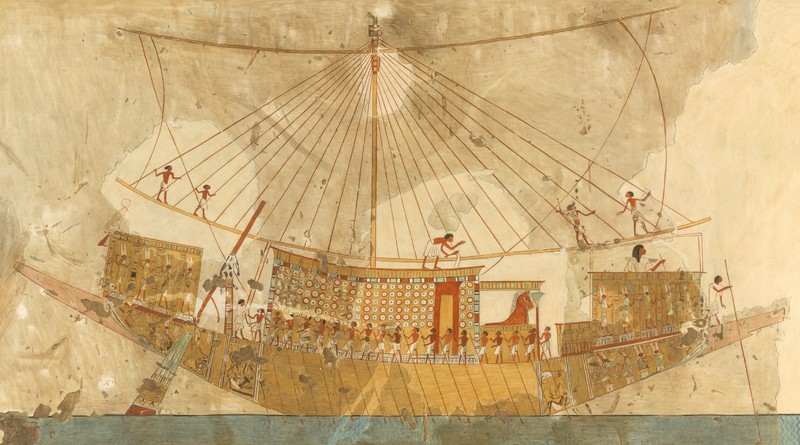 The Viceroy's Boat, Tomb of Huy, Egypt, 1353–1327 B.C. This wall painting from the Tomb of Huy depicts an ancient Egyptian sailboat, approximately 3,400 years ago. Metropolitan Museum of Art.

Around five thousand years ago a new technology emerged which would change the world. Previously, humans had to rely on their own power, or animal power, to move goods and themselves, although the buoyancy and low friction of water helped. The development of sail technology made it even easier and faster to move abundant coastal resources from place to place. 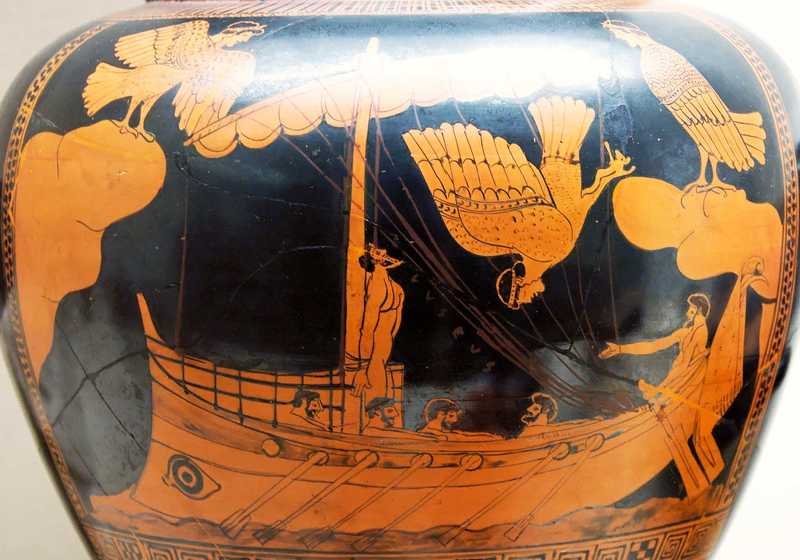 “Odysseus and the Sirens,” detail from an Attic red-figured stamnos, ca. 480-470 BC.This ancient Greek vase depicts Odysseus being attacked by sirens, but is also an excellent representation of Greek sailing vessels. From Vulci, British Museum.

Invented in both Southeast Asia and the Mediterranean, sails allowed boats to travel without human power, for longer distances, carrying far more cargo. Over thousands of years, sail technology allowed cultures worldwide to build cities and empires with intricate regional and global economies - using trade and war to dominate the land and seas - all fueled by the wind and tide.

About two hundred years ago, that all started to change. The discovery of abundant and inexpensive fossil fuels - first coal, and later oil - brought new technologies into direct competition with sail. Sail and steam operated side-by-side for over 120 years. But by the mid-20th century sailing vessels designed to ship cargo fell out of use in most of the Western world.

Fossile fuel use reduced, but did not eliminate, sail freight around the world. But the days of abundant and inexpensive fossil fuels are at an end. And climate change, spurred by the widespread use of fossil fuels, is threatening the world.

Since the 1880s, scientists have known of the connection between burning fossil fuels and increased carbon dioxide in the atmosphere. Now, after nearly 150 years of inaction, catastrophe looms on the horizon.

WHAT CAN WE DO? 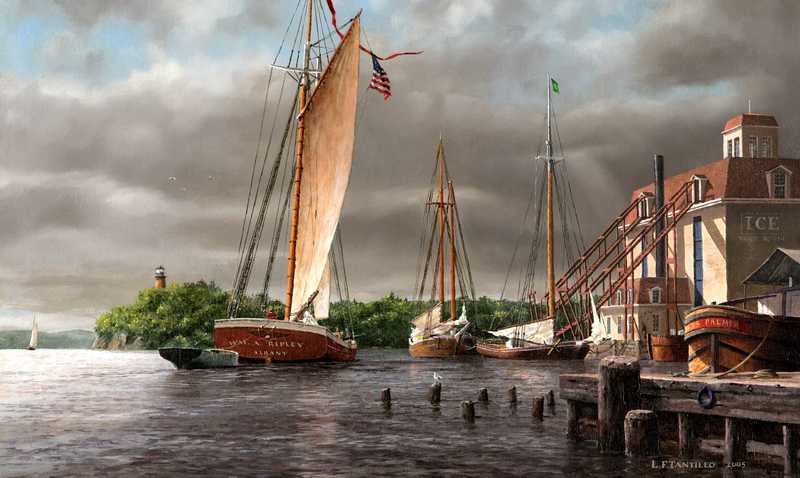 There are many answers to the climate challenge, none of which can solve the problem alone: Reducing consumption, localizing production of food and goods, reducing energy demands, and other innovations all have a role to play.

But while new technologies can help provide solutions, it’s also important to look to the past. By examining the successes - and challenges - of our sail freight past, we hope to find solutions to our current problems. We once had a global economy without fossil fuels. We can again.

← Introduction
The World Got Smaller →
The Technology That Changed the World