The Industrial Revolution Was Built By Sail 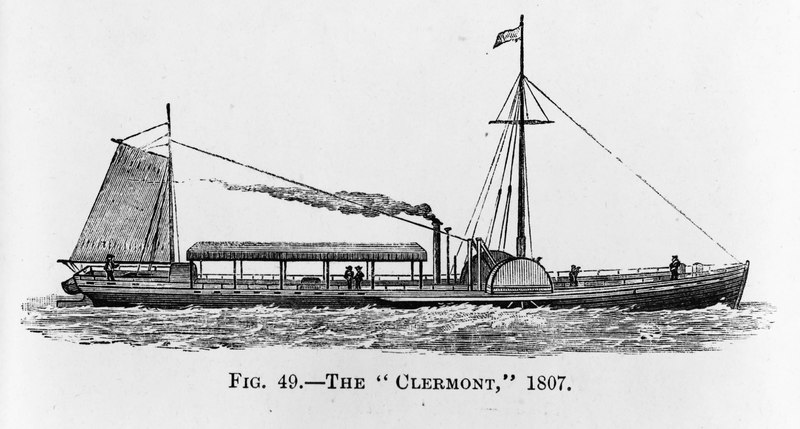 "The Clermont" - illustration of Fulton's first steamboat in 1807, taken from The Steam Engine and Its Inventors: A Historical Sketch by Robert L. Galloway, 1881. 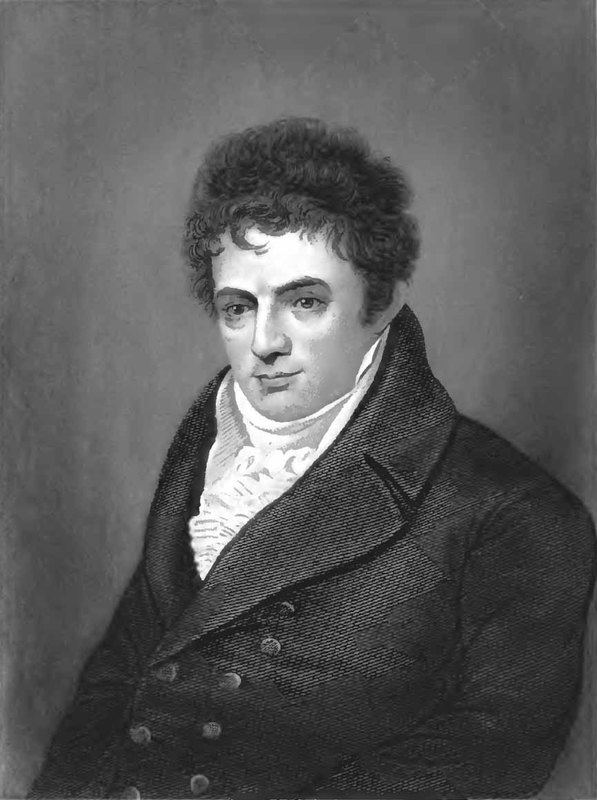 Portrait of Robert Fulton, engraved by Hall after the painting by Benjamin West. Published in Appleton’s Cyclopedia, 1892.

In the summer of 1807, Robert Fulton trialed his brand new Steamboat on the Hudson River. The steamboat had no real name, because it was the only one, and the first commercially viable operation in the world. By fall the Steamboat was running a regular route between New York City and Albany - stopping often to take on loads of wood, and sometimes putting up sails to help gain speed and reduce fuel use. Throttled by Fulton’s monopoly, steamboats remained expensive and scarce on the Hudson River until a Supreme Court case broke the monopoly in 1824. Four years later, the Delaware & Hudson Canal opened and flooded the Hudson Valley, New York City, and the entire East Coast with plenty of cheap anthracite coal. Steam transportation boomed. For the first time in nearly 5,000 years, sail technology had competition. 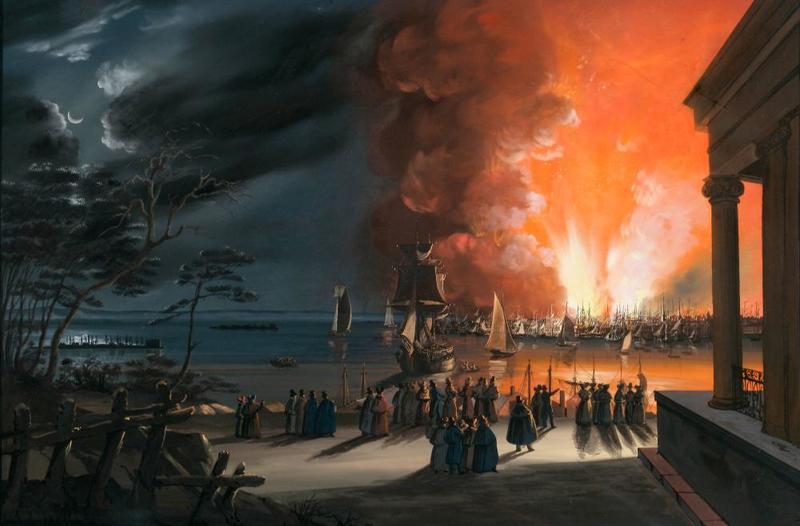 “View of New York City Taken From Brooklyn Heights on the Same Evening of the Fire,” by Nicolino Calyo, 1835. New-York Historical Society. 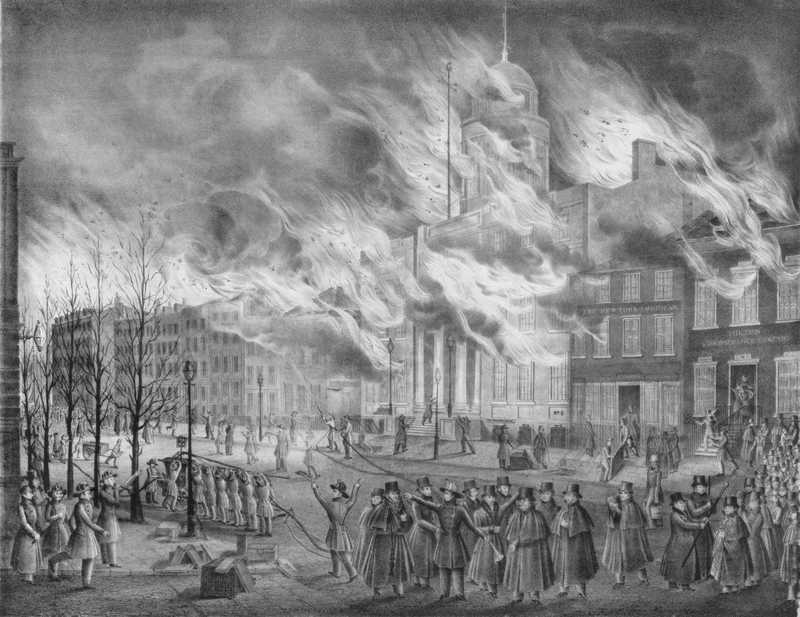 In December, 1835, a Manhattan warehouse exploded. The ensuing fire consumed most of the city, and bankrupted 23 of its 26 fire insurance companies. In the aftermath of the Great Manhattan Fire, the city passed ordinances against wooden buildings. The demand for bricks, bluestone, and cement jumped immediately. Laden Hudson Valley sloops and schooners helped rebuild the city. By the 1840s, barges towed by retrofitted passenger steamboats were taking some of the cargo load, but sloops and especially schooners continued to bring building materials to New York and coastal ports as late as the 1920s. 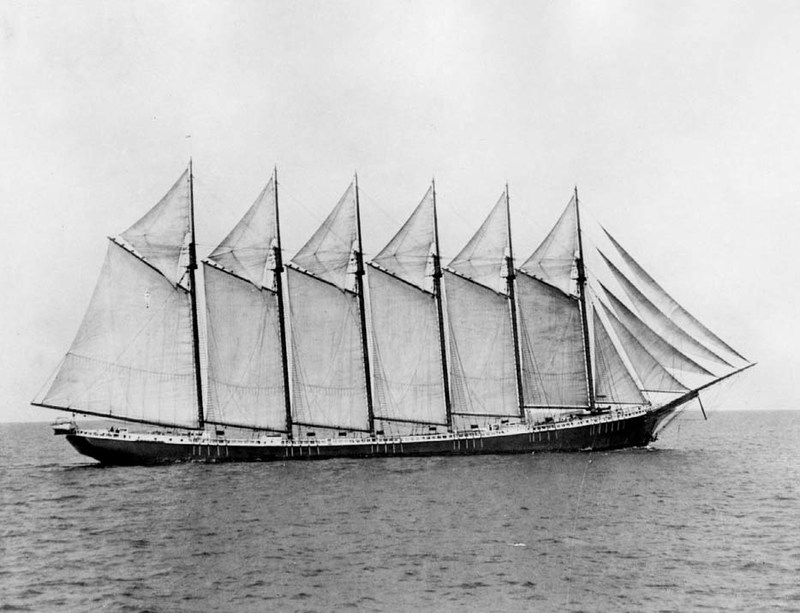 The success of Fulton’s Steamboat meant that steamboat transportation was expanding elsewhere around the globe. But steamboats had a major flaw: they simply could not carry enough fuel on board to go long distances in one shot. Enter the sailboat. Unlike steamboats, sailing vessels can carry huge loads of coal, and later liquid fossil fuels, without needing to burn an ounce. Colliers, as coal-carrying vessels were called, were necessary to keep steamboats running. The six-masted schooner Wyoming was the largest wooden sailing vessel ever built. Completed in 1909 in Bath, Maine, it was designed as a state-of-the-art collier, operated with just thirteen crew and carrying loads of 6,000 tons of coal to steamboat coaling stations and cities all over the world. Without sailing ships like the Wyoming, trans-oceanic steamboat transportation would never have been possible.