Mary Deyo spent her later years (1906 until her death in 1932) in her hometown of Gardiner, at which point one of her hobbies was writing poetry. One poem she wrote was about suffragettes and traditional labor done at home. 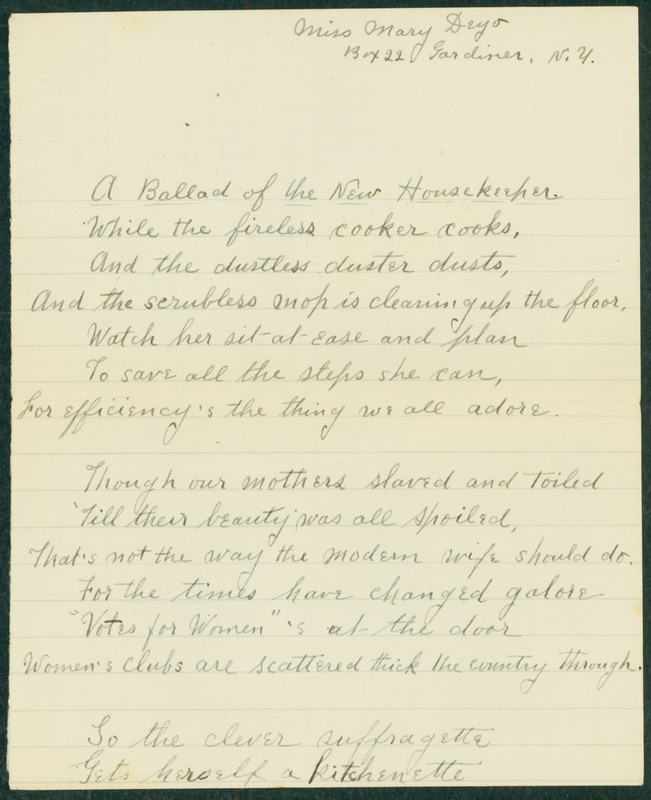 A Ballad of the New Housekeeper by Mary Deyo. Undated. Mary Deyo Papers. 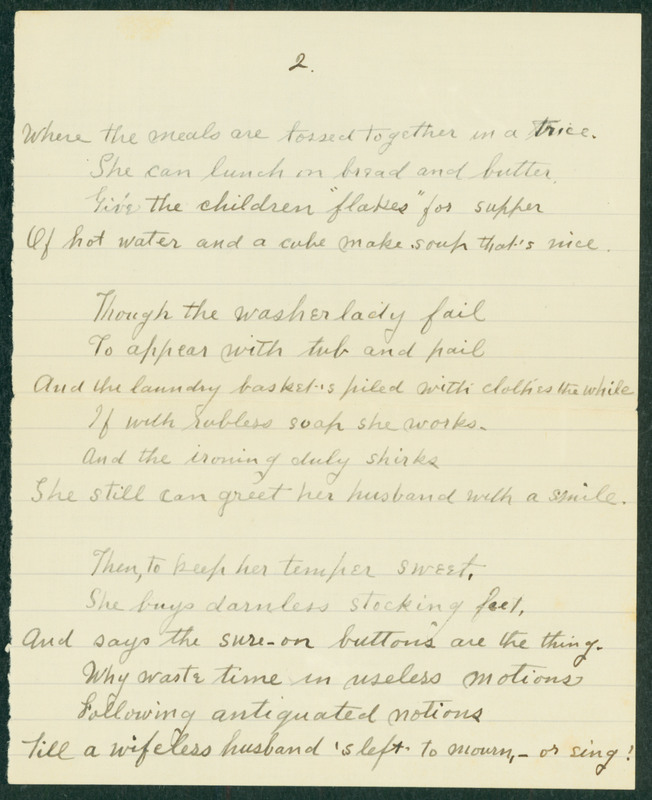 Suffrage in the United States

Beginning in 1848 with a conference in Seneca Falls, NY, women's suffrage in the United States was gradually successful in winning the right to vote in particular states and territories. In 1920, the 19th Amendment to the U.S. Constitution was ratified, ensuring women legal right to vote across the country.[28] Still, racial minorities in the United States faced voter suppression and were denied access to voting. Additional acts of legislation, including the Voting Rights Act of 1965, needed to be passed to further secure and reaffirm equal voting rights.[29] The fight for equality and equity in voting continues today.

Women missionaries in Mary’s time saw some steps towards equality in missions. In 1890, women were eligible for the office of deacon, and then elder in 1905.[30] Women were able to vote on mission matters in 1893.[31]

Women in Japan obtained the right to vote in 1945. Advocacy pushed a bill in 1931, but it failed to pass the Upper House. By 1933, Japan had withdrawn from the League of Nations, and entered war with mainland Asia and soon after Europe and North America, further delaying advancement of Civil Rights for women.