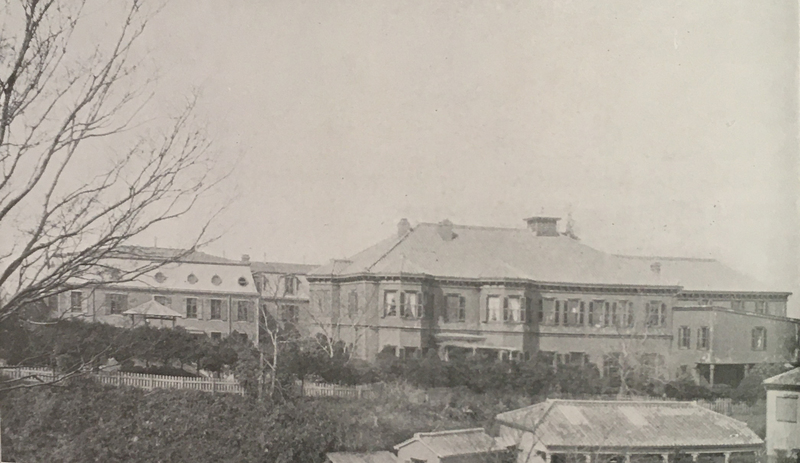 Ferris Seminary was founded in 1870 by Mary E. Kidder (1834-1910), the first single woman missionary to Japan. In 1875, when the school and boarding facilities were completed, the school was renamed Ferris Jogakuin (Ferris Girls’ College). It was the first school for women in Japan and dedicated to ideals based on the Christian faith. The seminary was named for Isaac Ferris and his son John, who were head of the Reformed Church of America’s Foreign Missions Program.[12]

Enrollment at the school in 1871 consisted of seventeen students, and increased to thirty-four by 1876, with thirty of those students boarding. In 1883, one-third of students were baptized. In 1889, not long after Mary arrived, the school was renamed Ferris Waei Jyogakko (Ferris Japanese-English Girl's School).[13] The school is known today as Ferris Girls’ Junior-Senior High School. The original buildings were destroyed in the Great Kantō Earthquake in 1923.[14] The school celebrated its sesquicentennial in 2020.[15]

In the early Meiji period, only 16% of girls attended school but, by the end of the 19th century, the number grew to 50%. In 1879, the Japanese government decreed education be segregated by gender. In 1899, the Ministry of Education decided that education for girls should be focused on domestic arts in order for girls to be “good wives, wise mothers,” an ideal called “Ryōsai Kenbo.” Most schools at the time were run by missionaries.[16]

At the turn of the 20th century, women’s education expanded. The first college for women opened in 1911, and the first medical school, established by Yoshika Yayoi, opened in 1900 and was finally certified in 1912. This certification allowed women to take the national medical certification exam to become practicing doctors.[17]

In the Meiji period, Mary's students at Ferris may have heard of two important advocates of women’s rights in Japan: