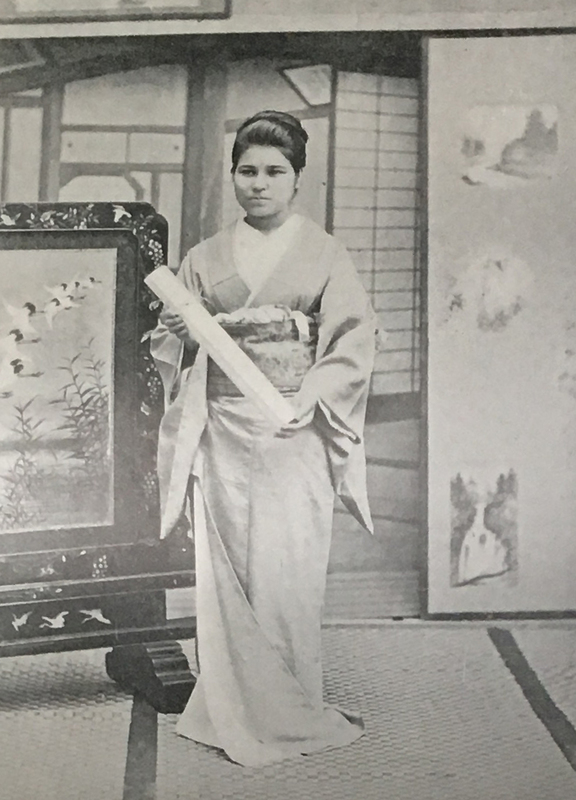 Graduate of Ferris Seminary.
A Brief History of the Women's Board of Foreign Missions of the Reformed Church of America and a Little Journey to our Mission Fields

Female students in Japanwere called jogakusei. With more focus on their studies and newfound educational opportunities, these young women wanted a more practical style of dress. There were concerns the kimono would not be practical with western-style furnishings in classrooms. In the very early Meiji period, about when Ferris was first founded, women students dressed in men’s fashions and cut their hair short. Backlash ensued and, in order to protect social gender norms, haircutting for women was prohibited in 1873. By 1883, the Ministry of Education banned women from wearing men's clothing, as well.

Also around this time, school uniforms for women began to feature a hakama, a traditional style of trouser. It was redesigned to appear more like a skirt, yet allowed students to participate in exercise classes and ride a bicycle.[20] 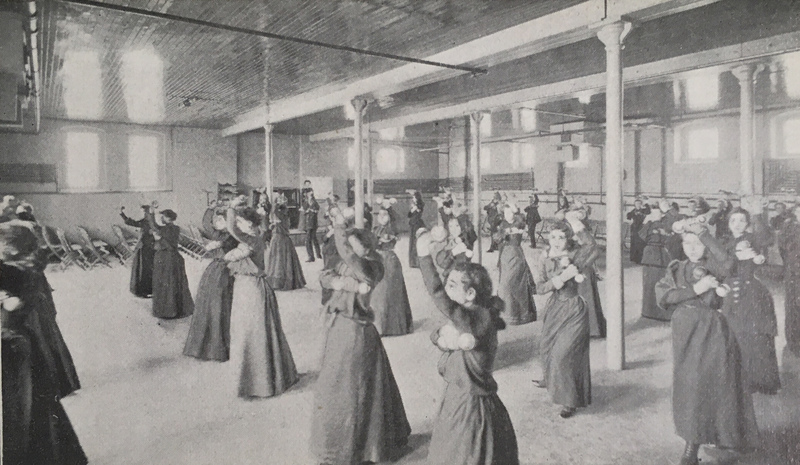 At the time Mary was teaching in Yokohama, practical dress was also sought after in the United States. In the New Paltz Normal School's 1899-1900 yearbook, clothing was discussed and students were told to bring "outing suit, rainy day or bicycle skirts, heavy shoes, leggings and overshoes."[21]