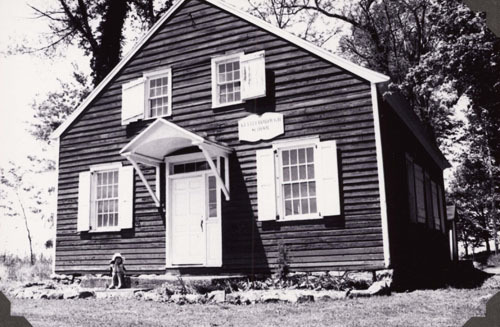 According to an embroidered sampler owned by Katia and John Jacobs, Leah Catharine Deyo was a student at the Kettleborough School in 1828. Maria Lefevre, who would later become Leah's sister-in-law, was also a student at the school. Both girls studied under the tutelage of Eliza Ransom, who taught at the school for many years. According to Ralph Lefevre's History of New Paltz, Eliza "was a lady of great tact and was greatly liked by the children and parents. She taught the girls to work embroidery as well as to understand the mysteries of arithmetic, geography, etc." View image of Eliza Ransom

The photo of the school building shown above was taken in 2000. This building was built between 1835-1838 and stands across the road from where the original building once stood. 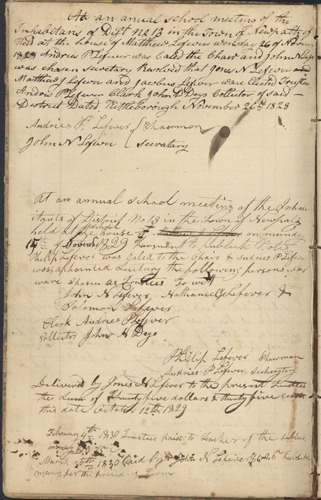 On February 23, 1835 a meeting came to order with Phillip Lefever appointed as chairman and James Jenkins appointed as secretary. A motion was "made and seconded for to build a New School House and whas Desided in the affirmative and will Locate the same on or near the place the olde one now stands- - -and was concluded the House to Be of the following Dimentions that is 28 feet wide and 36 feet Long- 8 feet taken off By partition from one End for a Hall post 12 feet High 9 1/2 feet Between flour and Sealing to Be Built of Good materials 12 windows of 24 Lights 7 by 9--- also Empower the Trustees to Build or See the Same Built in a workman Like manner and cheepest and draw and draft of Building." 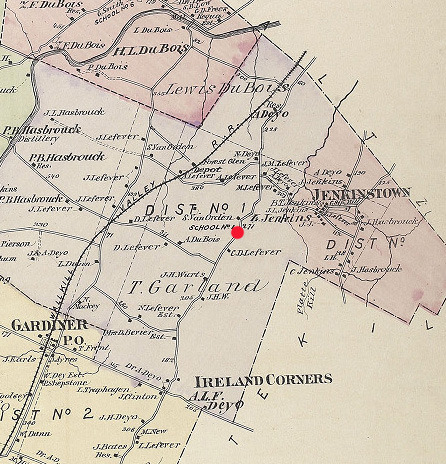 The red dot on this 1875 Beers map shows the location of the Kettleborough School. 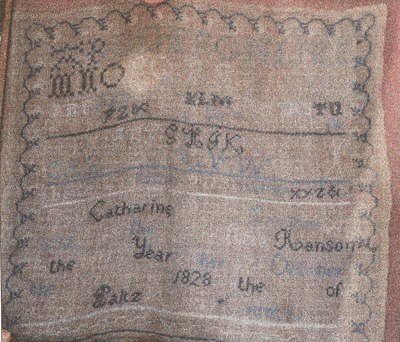 Sampler created by Leah Catharine when she was a student at the Kettleborough School. 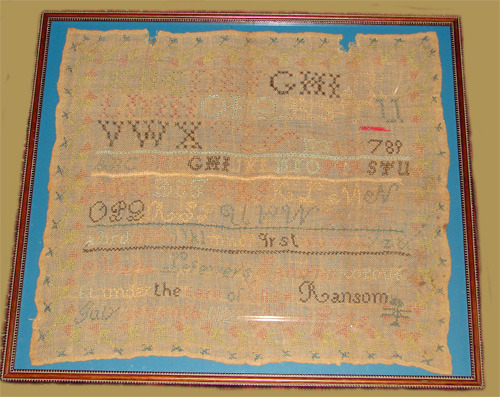 Sampler created by Maria Lefevre in 1828 when she was a student at the Kettleborough School. The sampler dates to the same year as Leah Catharine's piece.