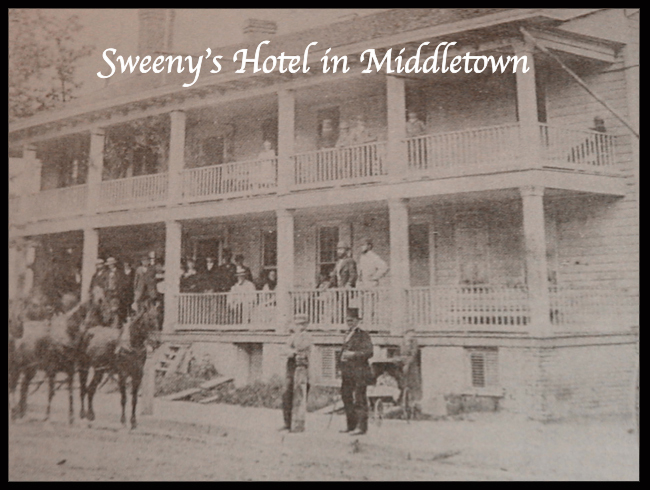 A year and a half after Julia Lawrence Hasbrouck's death, in 1873, her husband Garret took the diaries with him to Sweeny's Hotel, a stagecoach stop and hotel in Middletown, New York. There, he signed and dated the cover page of each book, presumably as he read them.

On June 19th, 1909, Julia Hasbrouck Dwight and her husband Jonathan Dwight donated their parent's home, in Stone Ridge, NY to the town to be used as a library. Included in the deed to the property is a clause stating the gift of the house and its contents.

During the mid 20th century, a former Stone Ridge librarian read the diaries again; leaving slips of scrap-paper notes nestled in the pages. These notes refer to specific entries that must have been of special interest to whoever left them. When Jody Ford, current Director of the Stone Ridge Library, was investigating topics for a research paper, she contacted the librarian looking for primary resources concerning women in Ulster County. She was directed to a broom closet at the library where she found a box containing the diaries. The rediscovery of the diaries, in the 1980s, resulted in Ms. Ford writing her thesis on Julia and the collection.

Ms. Susan Stessin-Cohn's expertise and work in public history through primary sources led her to meet with Jody Ford. This meeting birthed several projects involving the diaries, notably: In Three Voices,a theatrical presentation of the letters and diaries of three 19th century women, presented at the NYS Archives Researching New York Conference and Julia and Julia, a dramatic reading of Julia and her young daughter diary entries accounting the same events.