History of the Collection → 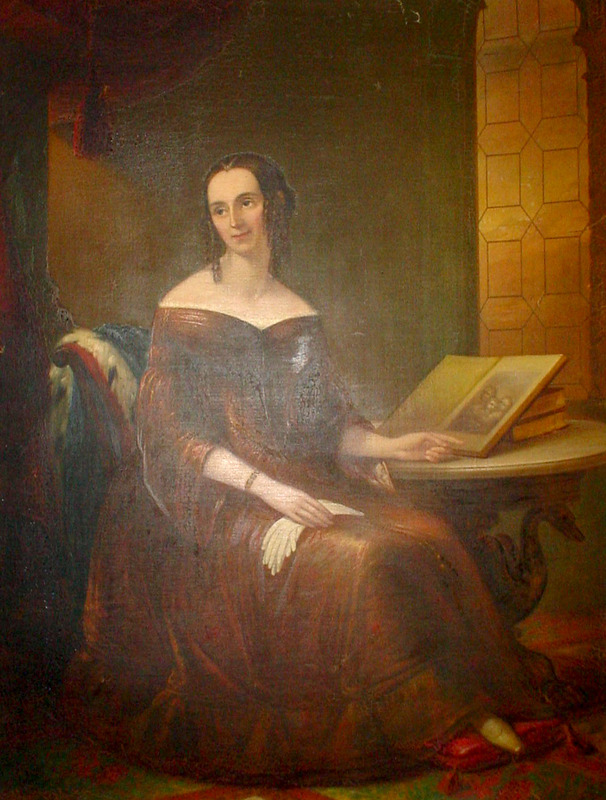 “I spend two hours on this very commonplace book; it is almost a disgrace to my pen & powers. Could I write with regularity, and some of my inward life, and less of other people’s actions, it would be far more profitable and entertaining. If my pen & ink were better, I think it possible I might be inspired, but poor paper, and stubborn steel pens are the grave of intellectual feasts. My next book of events if spared to relate them; shall be carefully written for my daughter’s profit when I am gone, she shall then see a picture of the inner life, the thoughts that daily pass through the mind of a dreamer.”

Julia Lawrence Hasbrouck (b. New York City, 1809) was one of eleven children born to Samuel Adams Lawrence and Catherine Remsen. Records can trace the prominent Lawrence family to Hertsfordshire, England as early as 1580. Around 1655, baptismal records show them well established in South Hampton, Long Island. The family is listed in Famous Families of New York; Historical and biographical sketches of families which in successive generation have been identified with the development of the nation, published in 1902. Descendants of the distinguished Lawrence family include the namesake of Sarah Lawrence College, the Lawrenceville Cement Company, and the founders of Columbia County. .

According to the author of Famous Families of New York, Julia's father, Samuel, “...was an importer and thereafter, director and president of many corporations and institutions. He was the friend and backerof DeWitt-Clinton…” (Famous Families of New York, 1902). DeWitt-Clinton was a United States Senator, a Presidential Candidate (1812), the 6th Governor of New York (1817-1822) and was largely responsible for the construction of the Erie Canal.

Julia Lawrence wed Garret Hasbrouck of Ulster County, in 1835. The Hasbrouck family was one of the original twelve Huguenot families who patented the village of New Paltz, New York in 1677. Garret Hasbrouck was the proprietor of a store in Greenwich Village near the Lawrence house. Although the Hasbroucks were well respected in Ulster County, their position in New York society was not equivalent to that of the Lawrences.

Julia lived and wrote in New York City, which makes the diaries especially important to historians concentrating on New York City; she then moved to a rural community in upstate New York, a transition that her diaries describe as a difficult one. The move was necessitated by her family’s economic losses during the Panic of 1857 and Julia, like most middle class women of her period, had little power over the financial choices of her husband, but was profoundly affected by them. Julia’s diary vividly expresses the tension in the lives of middle class women who were charged with raising responsible children and creating an emotionally sustaining home environment, but had little power over the world they inhabited.