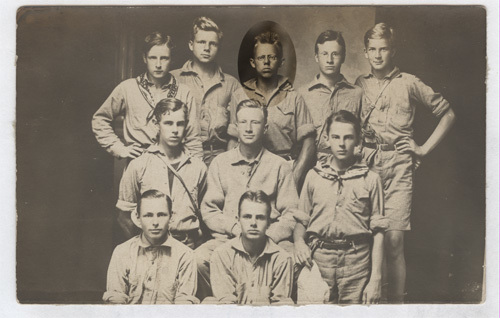 Otis Dexter Covell was born on March 13, 1892 to Harry and Bessie Covell, a wealthy Brooklyn couple. The Covells lived in a spacious house on East 19th Street in Brooklyn. Otis had two younger brothers, Harold S. and Bradford C. The family had three servants, all of whom were immigrants. One servant hailed from Great Britain, another from Germany and the last was a French import (named Clementina). In 1903, Otis was enrolled in Camp Awosting. Within a few years, his brothers would follow in his footsteps. Eleven-year-old Otis was a blond, wiry, bespectacled boy--rather like a young Teddy Roosevelt. Otis returned to Camp Awosting every summer for eight years. He attended Erasmus Hall High School and later Yale. Otis went overseas during World War I, and was stationed in France. He was honorably discharged in 1919. In 1920, Otis moved to Bridgeport, Connecticut and married Mildred Foster. By 1930, the couple had a three children, Elizabeth (age 9), Mary (age 6) and Otis Jr. (age 3). Otis replicated an aspect of his childhood by hiring an international staff. The Covells had one Polish servant and one Swedish servant (named Otelia). Otis supported his family by working as a mechanical engineer for the Bridgeport Brass Company. Otis Dexter Covell died at 73 years old in November, 1965. 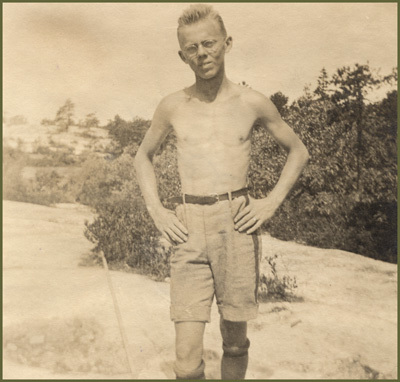