The production of woven coverlets represented some of the most complex weaving technology used by both domestic and trained weavers in rural America from the early 18th to the mid-19th century. 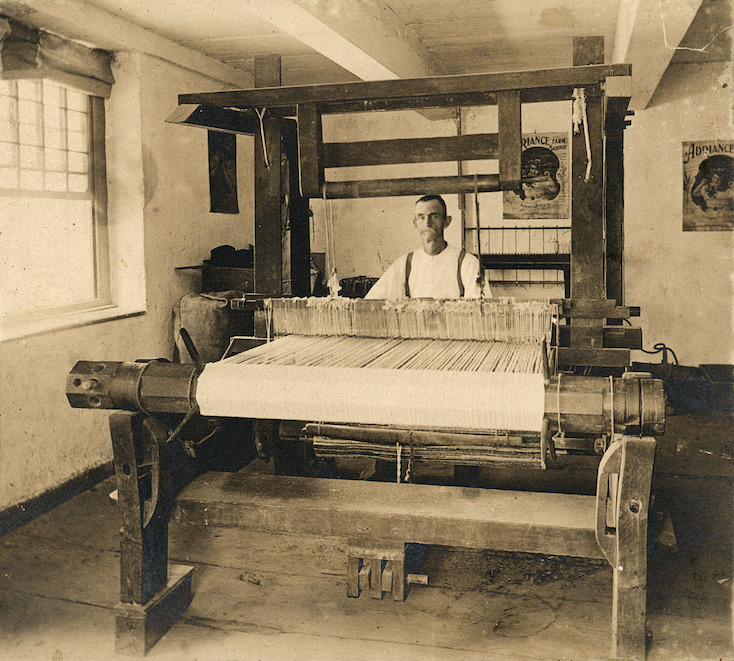 During the 150-year period that coverlets were popular in rural areas, the development of mechanical technology (including looms and attachments for specialized weaving) meant that some of the geometrically patterned bed coverings coming from hand weavers in home production were supplemented with the so-called “fancy figured” pictorial textiles made by professionally trained individuals working on a commercial scale, either at home or in a rural factory or mill setting. It is important to note however, that while this new technology affected the look of woven coverlets, they were still woven by hand. Most of the coverlets that were woven early in rural America were made by hand on looms operated by foot power, but by the 1830s water power and steam power, along with animal power, were also available to weavers. 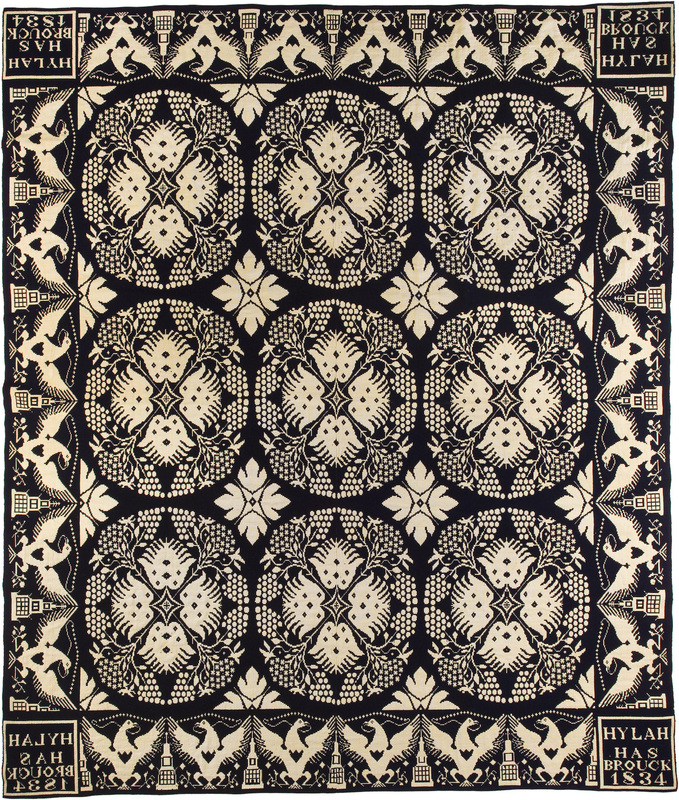 Figured coverlets were the supreme outcome of a new technology introduced into rural middle-class America after the Revolution. These domestic goods were produced by trained professional weavers using newly developed mechanical processes, both in spinning and weaving. Now for the first time, elaborately decorated “fancy” bed coverings, once reserved for the wealthy only, could be had by people of more humble means. No other textile artifact reveals as much about advancing the desire for decoration through new technology, as does the figured double cloth coverlet.

Draw looms and the Jacquard attachment

Draw looms are looms that have the ability to weave figures. They were complicated pieces of equipment for producing costly figured textiles such as damasks, brocades, velvets and other curvilinear textiles. To operate a draw loom, the weaver had an assistant referred to as the "draw boy", who was responsible for manually pulling cords necessary to weave the pattern part of a fabric. In the 1720s, the first punched card system was developed so that the draw boy did not have to remember a series of pattern lifts. This also made patterns storable and repeatable. 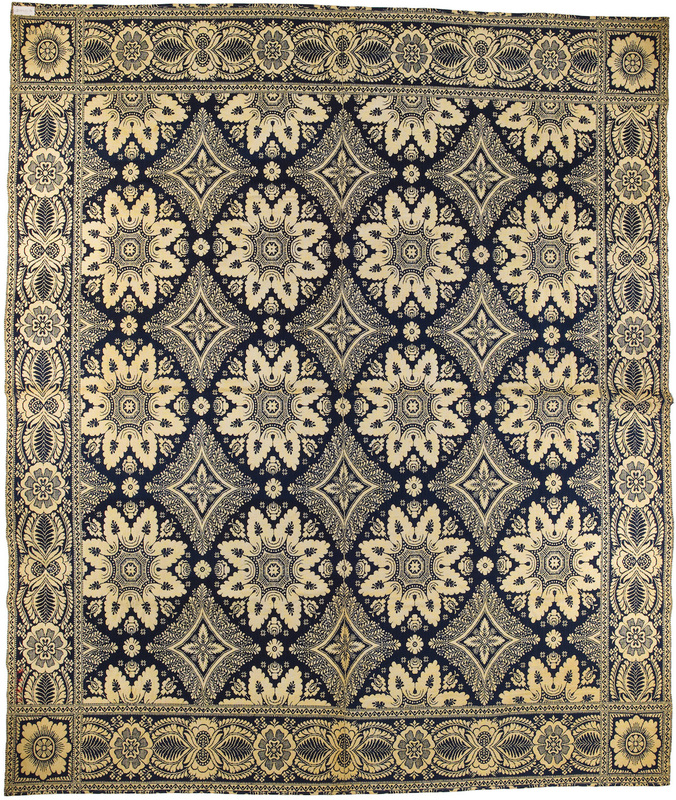 By the end of the 18th century, attempts to eliminate the weaver’s helper by using a mechanical attachment to do the lifting were being used in Ireland, Scotland, and England. In 1801, and then again in 1805, Joseph Marie Jacquard was able to combine several inventions including punched cards with the mechanics of previously developed attachments to successfully eliminate a second person in the weaving of figured cloth. However, where carpet coverlets are concerned it is important to recognize that many mechanical attachments were in use before the true jacquard attachment was popularized in America in the mid-1840’s.

← What Are Woven Coverlets?
Coverlet Weavers in the Hudson Valley →
Mechanical Technology and Changing Power Sources