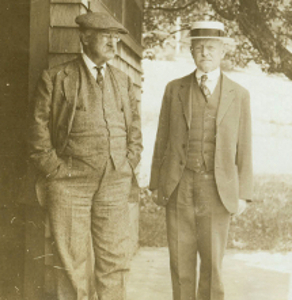 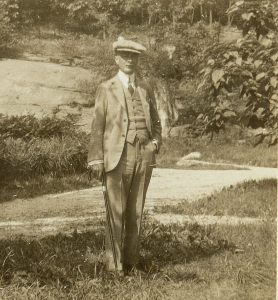 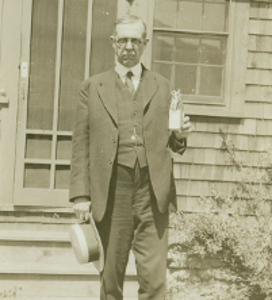 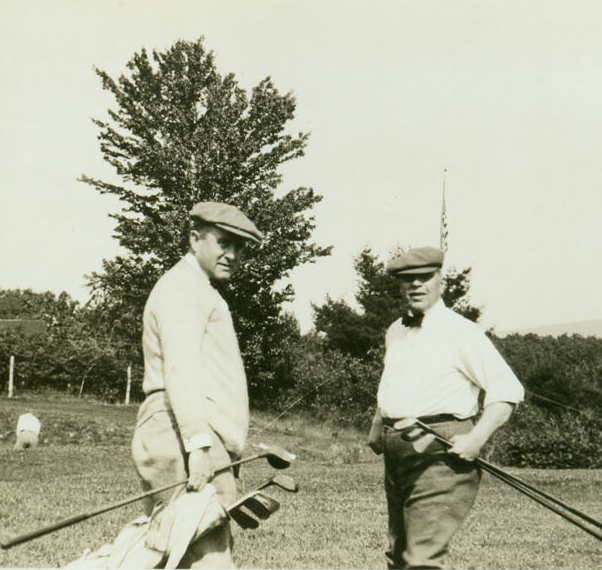 In the early twentieth century, each summer, a group of executives from the American Telephone & Telegraph Company (AT&T), the Bell Telephone System and affiliated companies, gathered at Yama Farms for an annual conference. They were referred to as the "Wireless Wizards" by the Ellenville Press (Vol. 51, No. 42, June 2, 1921). This team consisted of leaders and innovators at the top of the telecommunications field.

Featured in the photographs above are several of the executives who attended the June 1921 Yama Farms conference, recorded in the photo album which is the core of this exhibit. The following information was obtained through online research, including articles from the New York Times, annual reports published by AT&T and the Bell System, as well as other sources.

Colonel John J. Carty was a Vice President of AT&T at the time of the conference, having served with the company since 1907 as Chief Engineer.  Carty had been awarded the Distinguished Service Medal by order of the U.S. Congress for his role in securing the best talent available in the telecommunications field for the U.S. Signal Corps during World War I. In 1919, he became the eighth recipient of the Edison Gold Medal Award for his achievements in transcontinental and long-distance wireless telecommunications. Earlier recipients of this medal include Alexander Graham Bell, George Westinghouse and Nikola Tesla.

G. K. Thompson was an inventor and patent-holder employed by AT&T.  He was known for his innovatiove work in a variety of applications within the telecommunications field. Mr. Thompson was instrumental in the ground-breaking conception of linking the East and West coasts by means of wireless sound transmission. In this photo, Mr. Thompson is drinking a bottle of milk from Yama Farms Dairy. "In the early days of the Inn, Yama's booklets advertised the Cow Saloon where guests might stop in for a drink of milk and buttermilk. It was often said that a drink of Yama's buttermilk was to be preferred to champagne." (Katharine T. Terwilliger, former Wawarsing Town Historian.)

← The Conference
The Technology →
The "Wireless Wizards"