Throughout the first two decades of the twentieth century, Ruth kept a diary of her travels throughout Europe, including Gibraltar, Normandy, London, Venice, Naples, Athens, and Paris. Ruth’s life changed in 1924 when she took her first trip to Egypt. Egypt was seeing a tourist boom in the 1920s after archaeologist Howard Carter opened the tomb of King Tutankhamen in 1922.[3] With financial help from socialite and arts funder Evangeline Johnson[4], Ruth plunged into this fascination with ancient Egypt (or “Egyptomania”).[5] During her 1924 trip, Ruth immersed herself in all aspects of culture, attended performances, visited excavated tombs and pyramids, and started drawing in pastel. She surrounded herself with intellectuals and the political elite, all of whom were enamored with Egyptian life and culture. Ruth cultivated a personal relationship with Howard Carter; interestingly, family lore indicates that Ruth was the first woman to tour Tutankhamen’s tomb.[6] The trip to Egypt clearly made a deep impact on Ruth; in her diary, she wrote “I want to bury myself in Egyptian art and ideals.”[7] She also drew an array of abstract pastels depicting visions Ruth had experienced while in Egypt. Her pastel work was brought to New York City in 1923 by gallerist Marie Sterner. Sterner’s gallery was instrumental in advancing the cause of early twentieth century American artists. 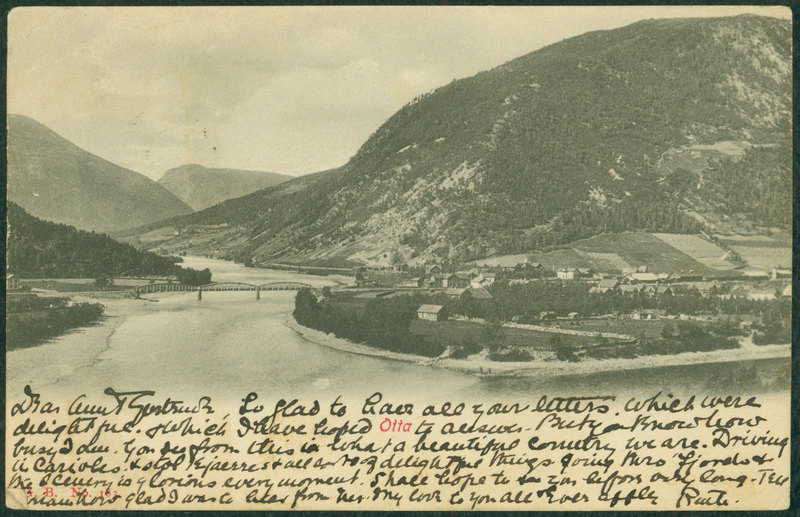 (front and back) This 1904 postcard was written to Ruth's Aunt Gertrude Elting Deyo from Norway during Ruthâ€™s early European travels. Click image for details and more information. 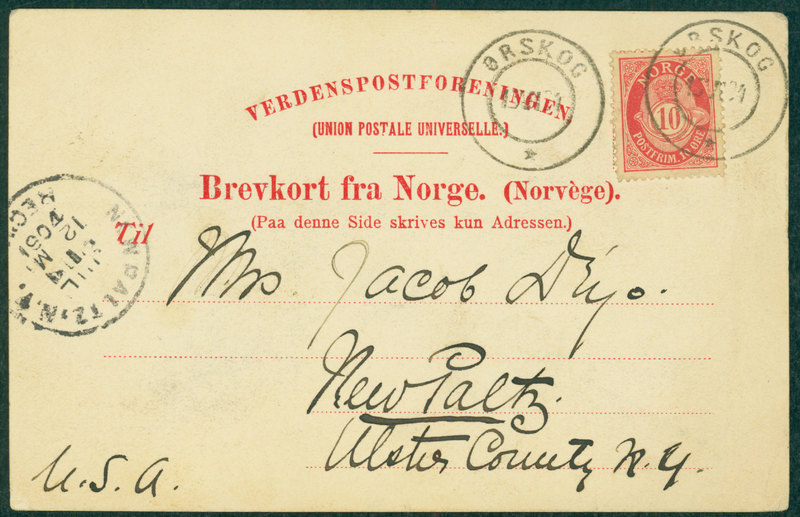 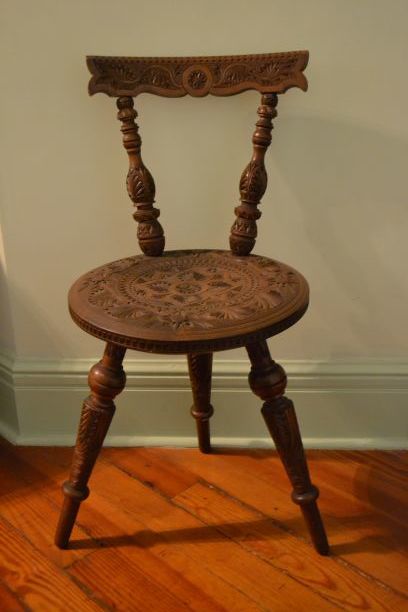 This ornately carved stool belonged to Ruth. Family history suggests that she acquired the stool while in London during Queen Elizabeth IIâ€™s Coronation in 1953. In London the year before, Ruth wrote about plans to perform excerpts of The Diadem of Stars during the Coronation. Her diary chronicles fundraising efforts for the opera during that England trip.