Come to the Fair 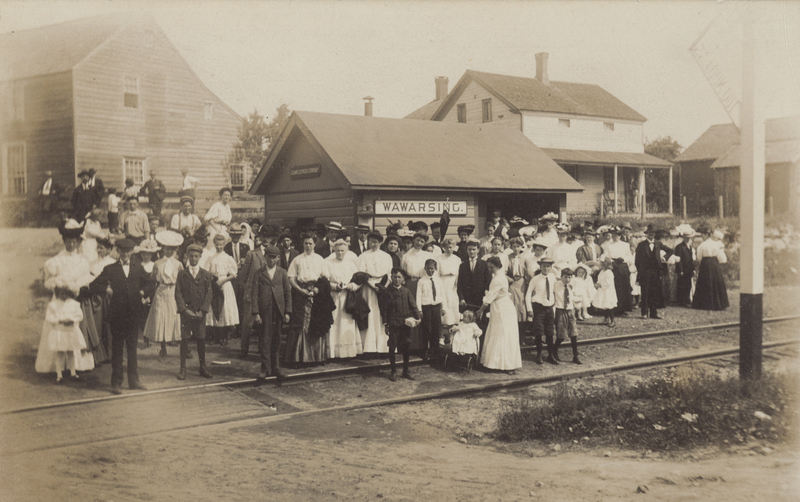 Waiting for the train to the Fair in 1907 at Port Ben, Wawarsing, New York. Folks are dressed in their finest attire to attend the social event of the year.

A number of prominent citizens of Ellenville, including Eli Terwilliger and John William Rode, were instrumental in the construction of a half-mile race track in 1869 called the Ellenville Driving Park.   The track was located at the site of the present Ellenville Central School.   Reputed to be one of the finest race tracks in the state, it featured horse racing -- both trotting and pacing -- at various times during the year. Baseball games, circuses and other events were also held at the driving park.

A small fair with agricultural exhibits was held there during the early fall; this later became the annual Ulster County Fair. The first official Ulster County Fair was held in 1886, organized by the Southern Ulster Agricultural Society. In 1889, The name was changed to the Ulster County Agricultural Society.   The Fair was a boon to the community, bringing visitors from around the county and beyond. Beginning in 1903, the O & W Railroad carried passengers from Kingston and Port Jervis to the Ellenville station, greatly increasing attendance.

Imagine days before television, when movies and automobile travel were brand new and rare -- the fair was the biggest social event of the year.   The purpose of this exhibit is to transport you back to that bygone era, drawing on the extensive collection of photographs, postcards and ephemera held by Ellenville Public Library & Museum. 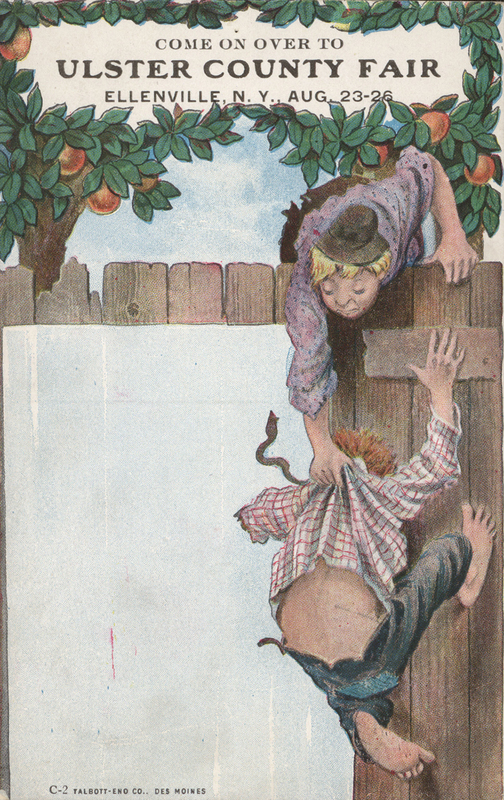 Earliest Years →
Come to the Fair