The ancestral home of the Mohican people included eastern New York, western Massachusetts, and parts of western Connecticut and Vermont. In the 17th and first half of the 18th centuries, the Mohicans were driven from their lands by European settlers and forced to congregate in western Massachusetts near the Housatonic River. European settlers there eventually gave that place the name “Stockbridge.” The Mohicans and other Native people who settled there became known as the “Stockbridge Indians.”

Mohicans shared a similar lifestyle and Algonquin language with the Munsee, who had lived mostly to the southwest of the Mohicans (including the area of what is now New Paltz, New York). Mohicans also had regularly interacted with Munsee throughout the Hudson Valley and had trading and kinship ties. Some Munsee joined the Mohicans in Stockbridge and, in the mid-1800s, a group of Munsee joined the Mohican people who had been forced to relocate to Wisconsin. The community became known as the “Stockbridge-Munsee.”

To learn more about the Mohican and Munsee people, their history, and lives today, visit https://www.mohican.com/. 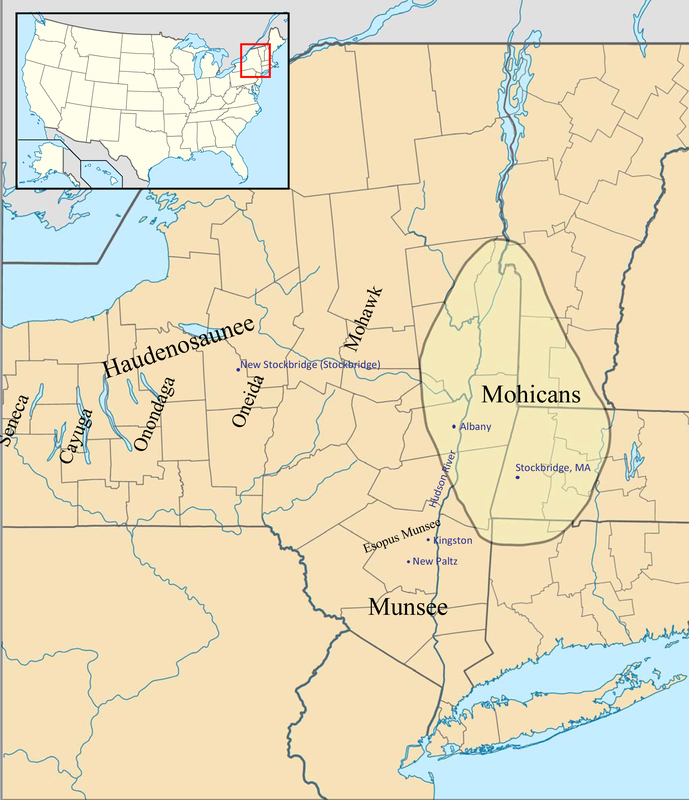