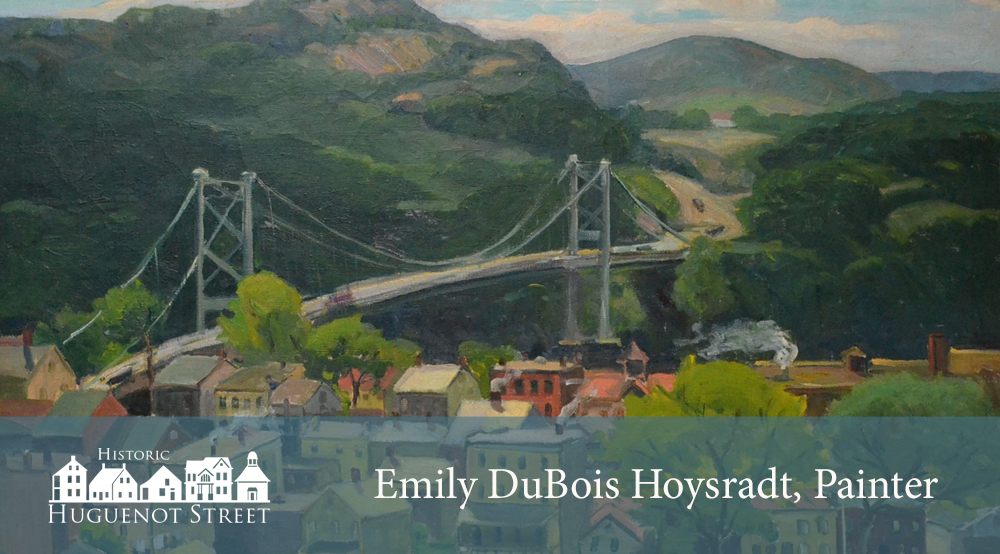 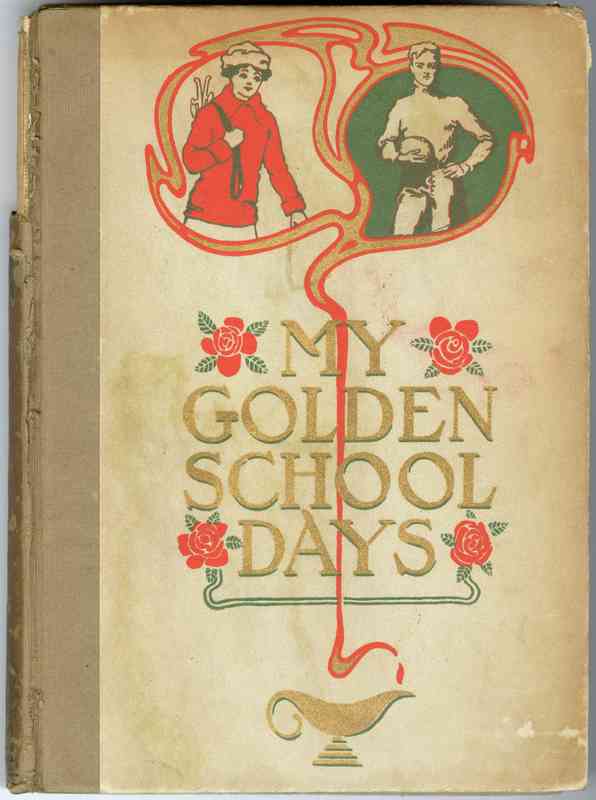 Emily attended Ulster Academy, a school built in 1870, which served as a public school for the, then, rapidly growing Rondout community of Kingston. She graduated in 1912 with honors. Emily documented her days at Ulster Academy in a journal entitled, “My Golden School Days.” After Ulster Academy, Emily attended a post-secondary school called the Ossining School for Girls, in Ossining, New York. The Ossining School for Girls emphasized Christian values, and was in operation from 1869 through 1932, both for boarders and day pupils. Emily boarded there until the completion of her studies in 1915. 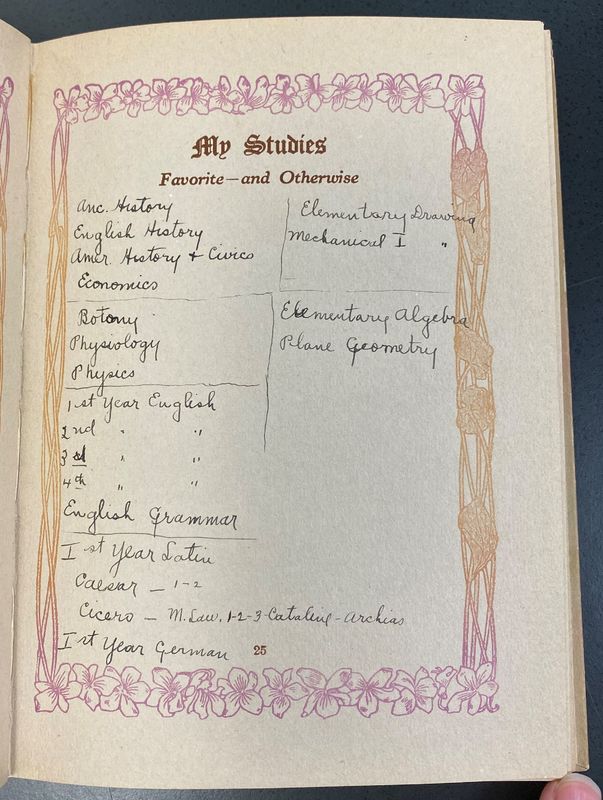 Inside of "My Golden School Days" with handwritten notes of courses. Courtesy of the Haviland-Heidgerd Historical Collection.Â 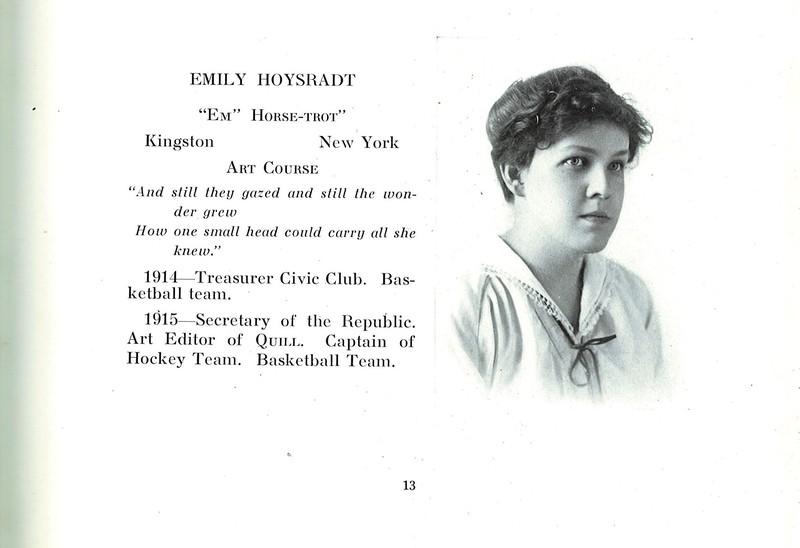 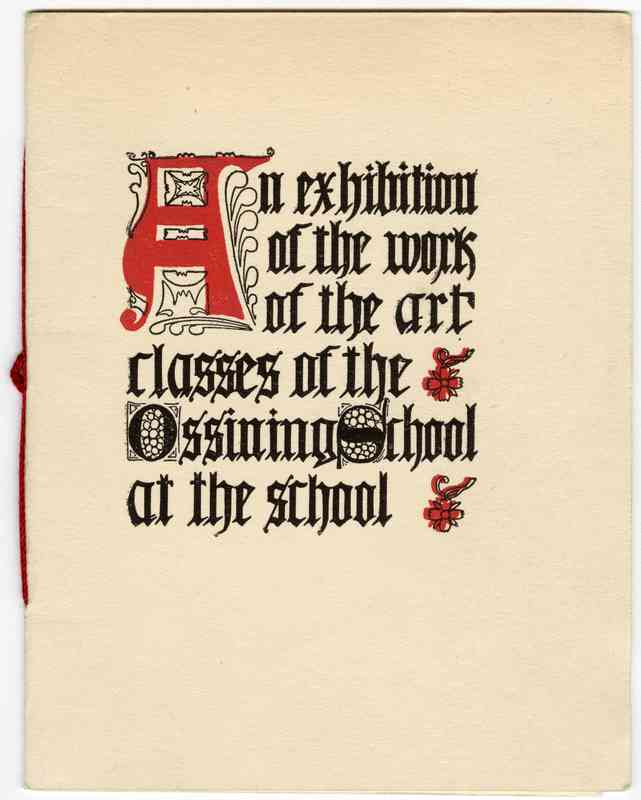 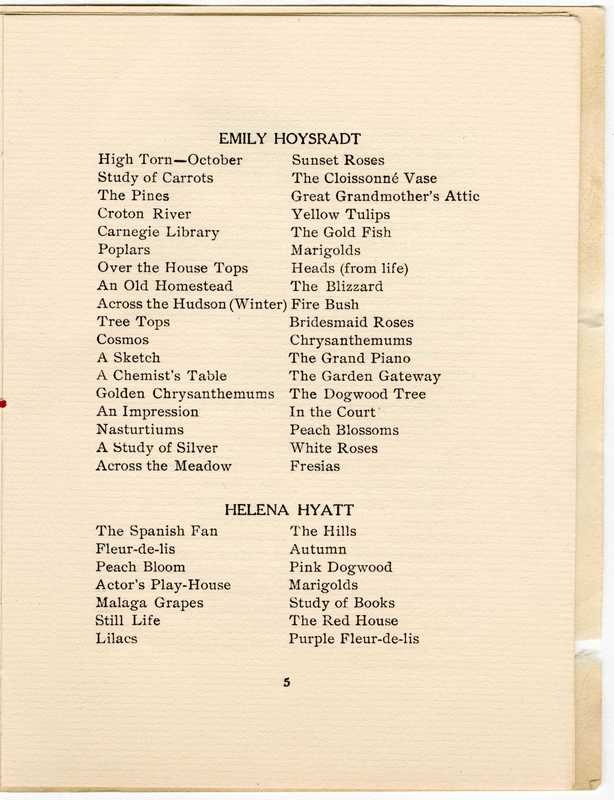 Brochure from the 1915-1916 school year art student exhibition. Emily DuBois Hoysradt displayed over thirty works in one show and over twenty in another the same school year. Courtesy of the Ossining Historical Society Museum. 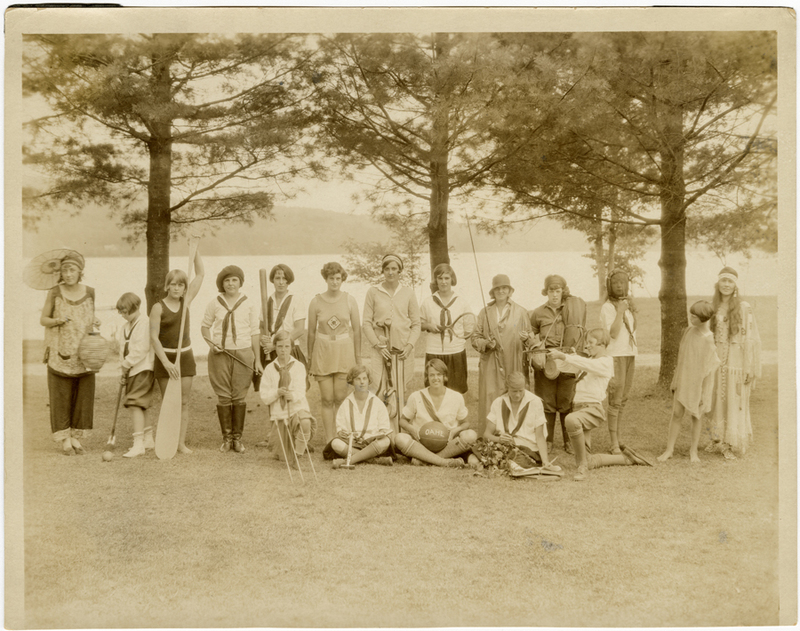