Emily was a prominent member of the Kingston community throughout her life. Her name appears in the Daily Freeman many times, starting in the 1910s and into the 1950s. Emily was a member of St. John’s Episcopal Church, Episcopal Church Women, the Delaware and Hudson Canal Historical Society, the Ulster County Historical Society, the Huguenot Historical Society. She was a founding member and served as an officer of the DuBois Family Association. She was also a member of the National Arts Club and the National Trust for Historic Preservation. In addition, Emily served as Vice President of the Atharhacton Club, a group that gathered to learn more about arts and theater. 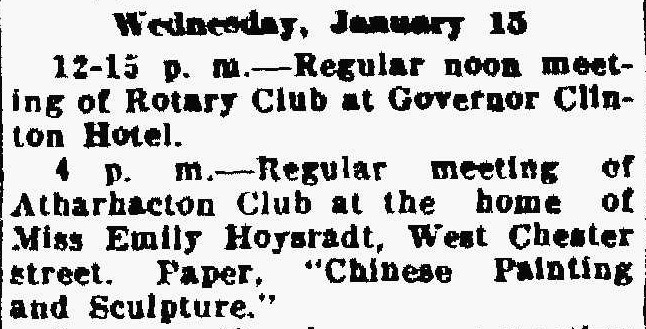 Perhaps one of Emily’s most significant contributions to the community was her involvement as a charter member of Kingston’s Young Women’s Christian Association (YWCA). Emily taught art classes there on a regular basis throughout her life. An art gallery at the YWCA is named in her honor 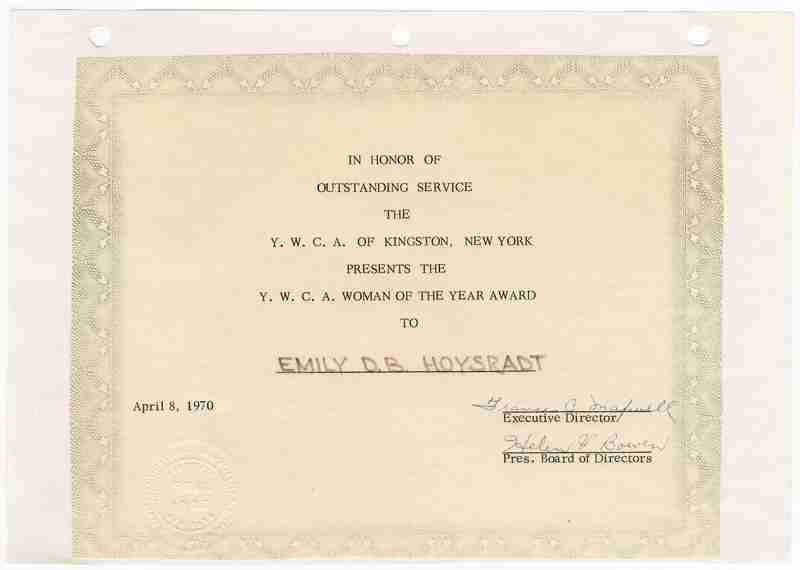 HHHC YWCA Woman of the Year Award, 1970. Courtesy of the Haviland-Heidgerd Historical Collection.