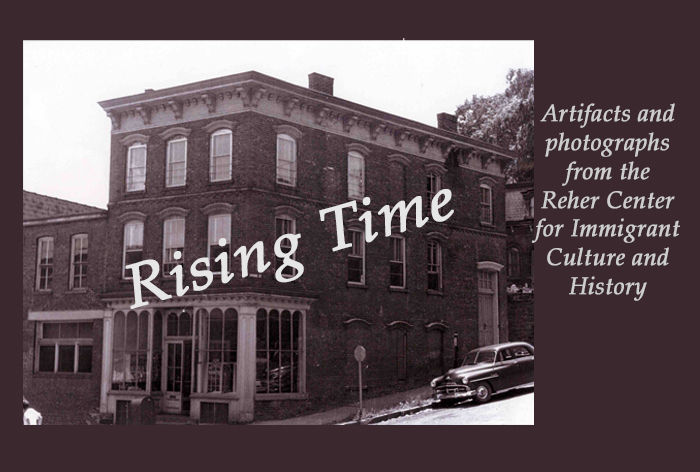 In “Rising Time,” the Reher Center for Immigrant Culture and History presents artifacts collected from one building to tell twin stories of continuity and change in Kingston’s Rondout community between the 1870s and 2004. The exhibit marks the culmination of a major project taken place during the summer of 2017, to research and catalog the Reher Center’s collection of over 5,000 artifacts. This research was an integral step toward the Center’s eventual goal of converting the historic site into an immersive site-specific museum.

Curated by Sarah Litvin, Interpretive Planner and Samantha Gomez-Ferrer PhD, archivist, “Rising Time” was originally presented as a physical exhibit at the Matthewis Persen House in September, 2017. It features objects and documents that were left behind by the Reher family in their home and business dating from 1900-2004, artifacts that were recovered from the building’s courtyard during a 2013 archeological dig, and sources collected by museum researchers since 2004. This virtual exhibit was adapted from the original and designed by Susan Stessin-Cohn.